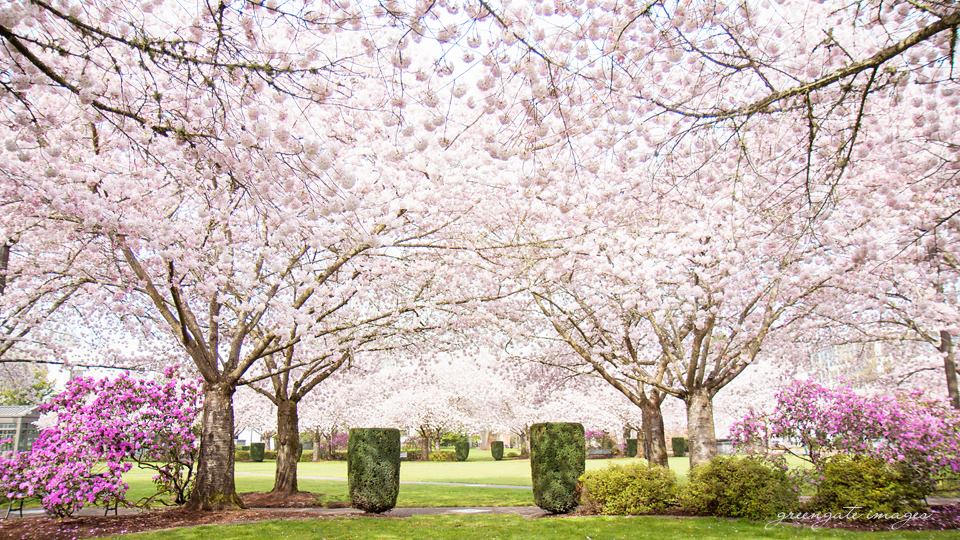 The beautiful downtown historic district of Salem offers a chance to see much of Oregon’s history in one walkable district.

Oregon’s history may not date back centuries as the towns in old Europe, but the more “recent” history of the State of Oregon offers a more cohesive feel – as most buildings grew rapidly during a short period of time and thus are of roughly the same architectural historic quality. The late 1800s saw substantial growth in Salem once it finally became the home of state capitol.  The Oregon capitol began in Oregon City, then moved to Salem, then briefly to Corvallis, before decisively ending back in Salem.  Oregon became a state in 1859 and from then forward, Salem blossomed.  In the heart of the Willamette Valley and situated right along the banks of its namesake river, the city is easily walkable.  Its nickname of “Cherry City” is seen everywhere – from the abundance of trees to its transportation system called “Cherriots.”

The downtown core is home to many wonderful restaurants, bars, and coffee shops, most still located in historic old buildings with true character.  Stop by for a visit to Salem and enjoy a trip down history lane.

Deepwood is a Victorian historic house designed in the Queen Anne style situated in a five acre public park with formal gardens, nature trails, greenhouse, and original carriage house. The property, located on the edge of downtown Salem and Bush Pasture Park, is owned by the City of Salem and is listed on the National Register of Historic Places. Come take a tour of the house, attend one of the many afternoon specialty tea events, or wander their beautiful gardens.  Step back in time to the early grandeur of Salem!

Since 1870, the Reed Opera House has been one of Salem’s cultural hubs. As with most historic commercial buildings, it has lived several lives – from a performing arts concert hall, hotel, department store, and to the recently renovated indoor home of many artisans, restaurants, and event space.  Older than even the New York Metropolitan’s Opera House, the Reed Opera House was never intended to be an actual opera performance hall – it was originally planned as a government building – but plans were altered when a new political administration refused to honor their agreement. Cyrus Reed was a visionary who altered course by adding shops, building a performance stage which hosted the likes of Susan B. Anthony and President Rutherford B. Hayes, and became an important player in the history of Salem.  A beautiful old red brick building set in the heart of downtown, the Reed Opera House is worth a visit!

Fourteen structures fill this five acre living history active community. One cannot really call it a museum – although historic sites and experiences are throughout.  It is still a home for many artisans with art galleries, event space, learning opportunities, offices, retail shops, and more. Take a tour with a guide, or choose a self-guided tour. The beautiful gentle Mill Creek wanders through the once leading textile mill, the legacy of which is continued through today’s world renown Pendleton Woolen Mills. A unique space offering much more than factory equipment – the Willamette Heritage Center has much to see and enjoy.

The art deco exterior is just a taste of the gem of the interior in this beautifully grand, glittering, opulent, art deco styled concert hall in downtown Salem. It is a stunning setting to watch a live performance – whether comedy, classical, rock, or theater. The Elsinore is constantl booking well-known acts and the beautiful setting is sure to make the evening even more memorable.  Built in 1926, it has been in continual operation ever since, starting with silent movies and vaudeville shows, to a low point as a budget movie house, to a resurgence as today’s centerpiece of Salem’s vibrant arts community. 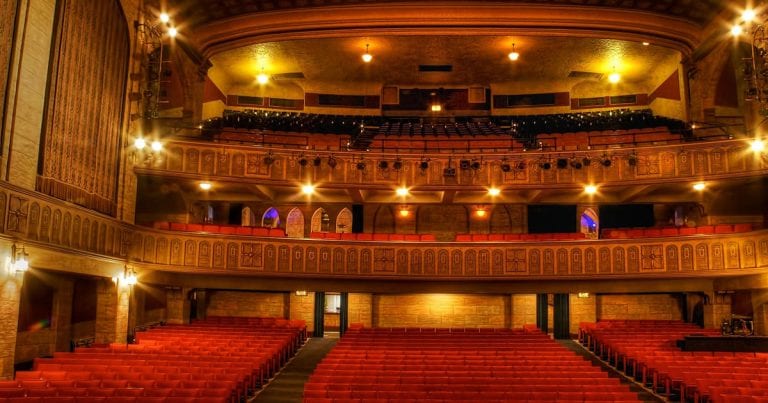 Sometimes you have to learn the hard way.  The original capitol building was made of wood and burned down in spectacular fashion – not just once, but twice – in 1855 and again in 1935.  It was rebuilt in 1938 in solid white marble – a testament to a forward thinking government that this time built it to last. It is a fascinating place to tour and has beautiful grounds filled with 150 Akebono cherry trees to honor its sister city in Japan and to honor Salem’s nickname as “Cherry City.”  In the Spring it is particularly lovely when the many native rhododendrons are in bloom.  The park-like setting is right in the middle of downtown and and easy walk from all parts of the Salem historic district.  The shining golden pioneer on top of its dome will guide your way. 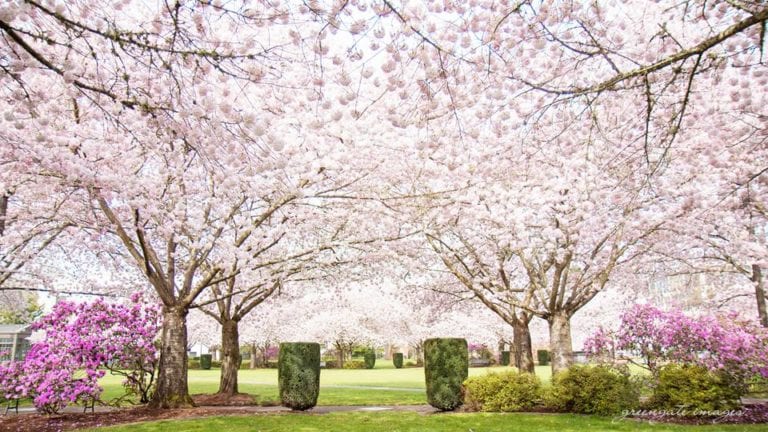 Located right across the street from the Oregon State Capitol building, you can visit the campus of Willamette University. Step back in time wandering the outside of these beautiful old buildings. Willamette’s long history in Salem dates back to the early 1840s when Methodist Missionaries in the area attempted to start an “Indian Manual Labor School” but were unsuccessful in their endeavors and sold the building to the trustees of the Oregon Institute, which later became Willamette University. The university housed the first legislative session, beginning a long tradition in the study of law at the University.  It is an active university with a great art museum.

The sanctuary of this historic church in downtown Salem is on the National Register of Historic Places. Completed in 1878 of the local red brick and topped with a white spire, the church is centrally located between the State Capitol and the downtown core and is the tallest building in Salem.  The brick church replaced an outgrown wooden structure that had been on the site for over 35 years dating it to the earliest days of the Oregon migration. The Methodist missionaries first settled north of Salem around 1835, then moved in to the Salem location in 1841, and were instrumental in creating much of what became the city of Salem.