The Christmas Ships have been a Northwest tradition in Portland for over 50 years, sailing their decorated ships up and down the Columbia River and also the Willamette River.  Their schedules last 15 nights in December, so you can be sure to find a night to watch.  Portland Christmas Ships

The TriCities parade usually happens the first weekend in December. For two nights it travels under the Cable Bridge at Clover Island up the Columbia River on the Kennewick side to the far end of Howard Amon Park in Richland and travel back down river on the same course ending at the Clover Island Marina.  Tri-Cities Lighted Boat Parade

Newport’s scenic bay front is the setting for an annual lighted boat parade. Usually the second Saturday in December beginning at dusk. To up the experience you can even ride aboard one of the ships with a purchased ticket.  Facebook Page

The first Saturday following Thanksgiving every year held at the Port of Siuslaw Marina in Old Town Florence. This family event is part of the annual Florence Holiday Festival. Florence Christmas Ship Parade 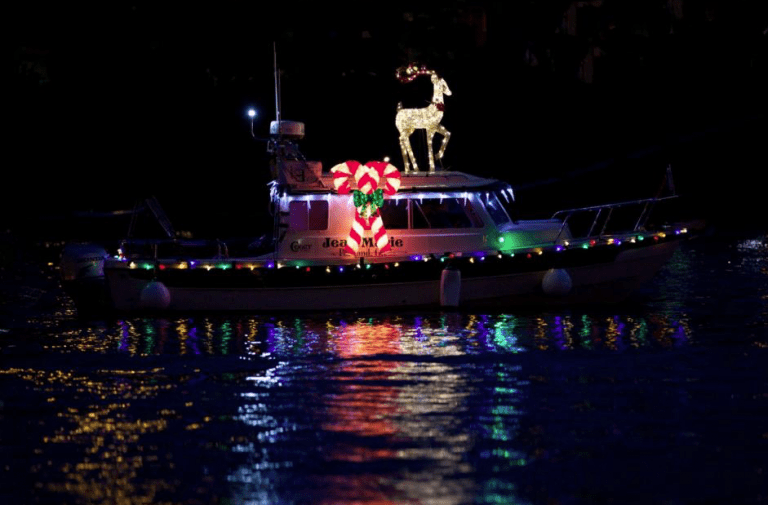 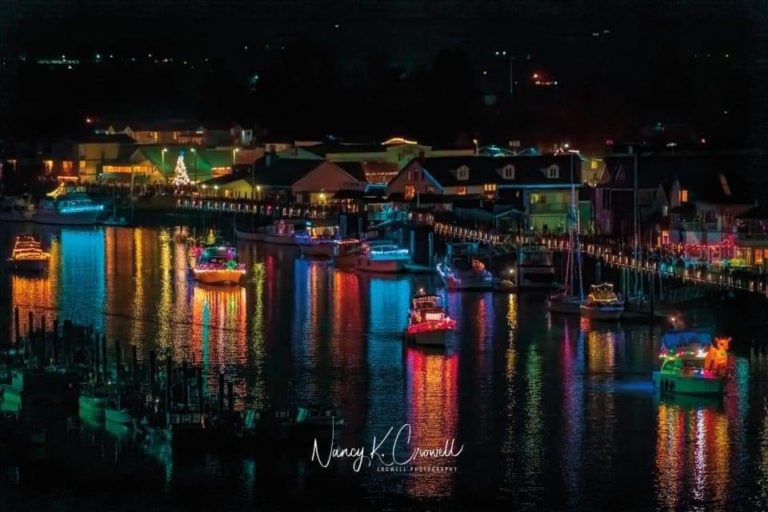