The Northwest is a great place for a road trip – we have everything from ocean coastal drives to high mountain terrain, and even high desert drives.  Whether you want to get off the grid or just get some fresh air, consider one of these Northwest scenic drives – they’re my favorites. 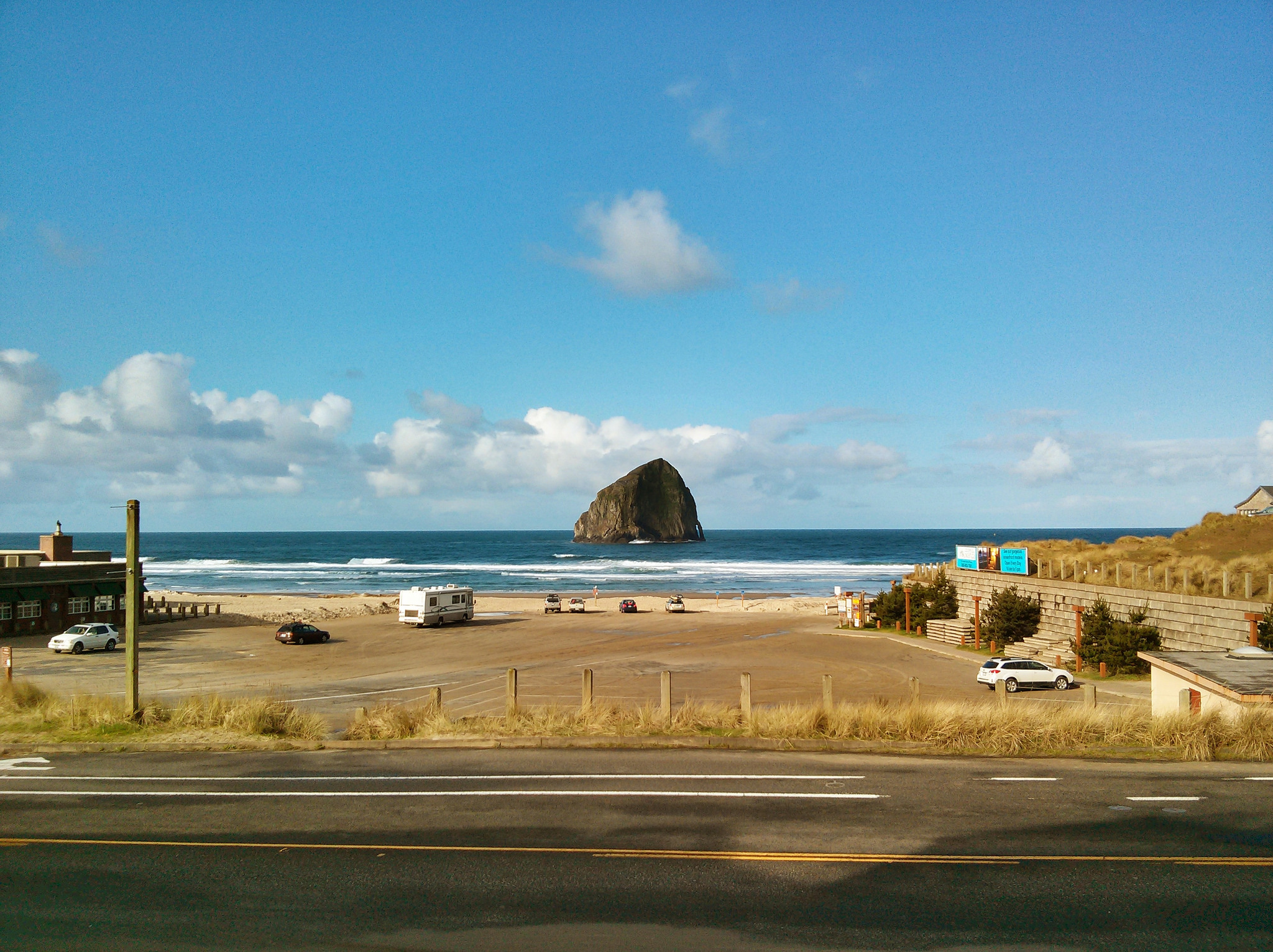 Some people say the best coastline in the United States is the Oregon Coast.  I’m one of them.  The views are wonderful, alternating between beaches and waterfalls and small towns filled with boutique shops and fish and chip pubs.  The entire Oregon coastline is made available to the public by Oregon law, but much of the action is condensed in the northern coastline in between the larger cities of Newport and Astoria, each under 2 hours from Portland.

Astoria is the northernmost city on the Oregon coast, and a popular one to visit as it has a variety of culture and entertainment options. From Astoria heading south, there are several opportunities to stop and explore beaches and coves as you pass popular beach towns like Seaside and Cannon Beach.   The road leaves the coast to take you into the larger town of Tillamook, then you can drift back to explore the steeper cliffs and dunes in Pacific City before cruising into the lovely downs of Lincoln City and whale watching in Depoe Bay, before winding up with scenic views of the historic bridge in Newport. 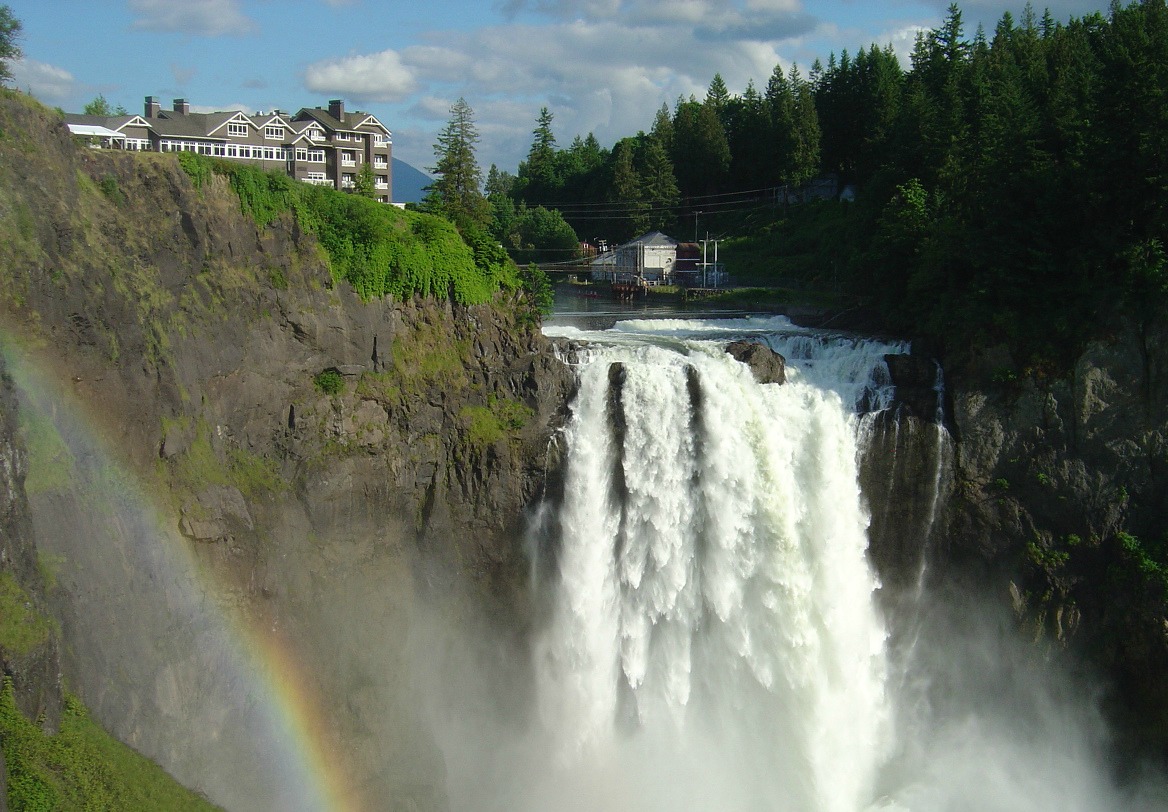 What’s nice about the Snoqualmie Pass & Stevens Passes, crossing the Cascade Mountain Range, is the variety of adventures and scenic views you can have within an hour of Seattle.  The passes are not always easily traversed in the winter – be sure your know your transportation if you want to come and ski – but the star of the show year-round is Snoqualmie Falls and the adjacent Shalish Lodge, on the Seattle-side of the mountain range.   On the east side of the range the star is the town of Leavenworth, which has a traditional Christmas village vibe year-round.  If exploring the east side of the range and making it a full loop from Seattle, don’t miss the views at Lake Chelan or a glass of wine in Wenatchee. 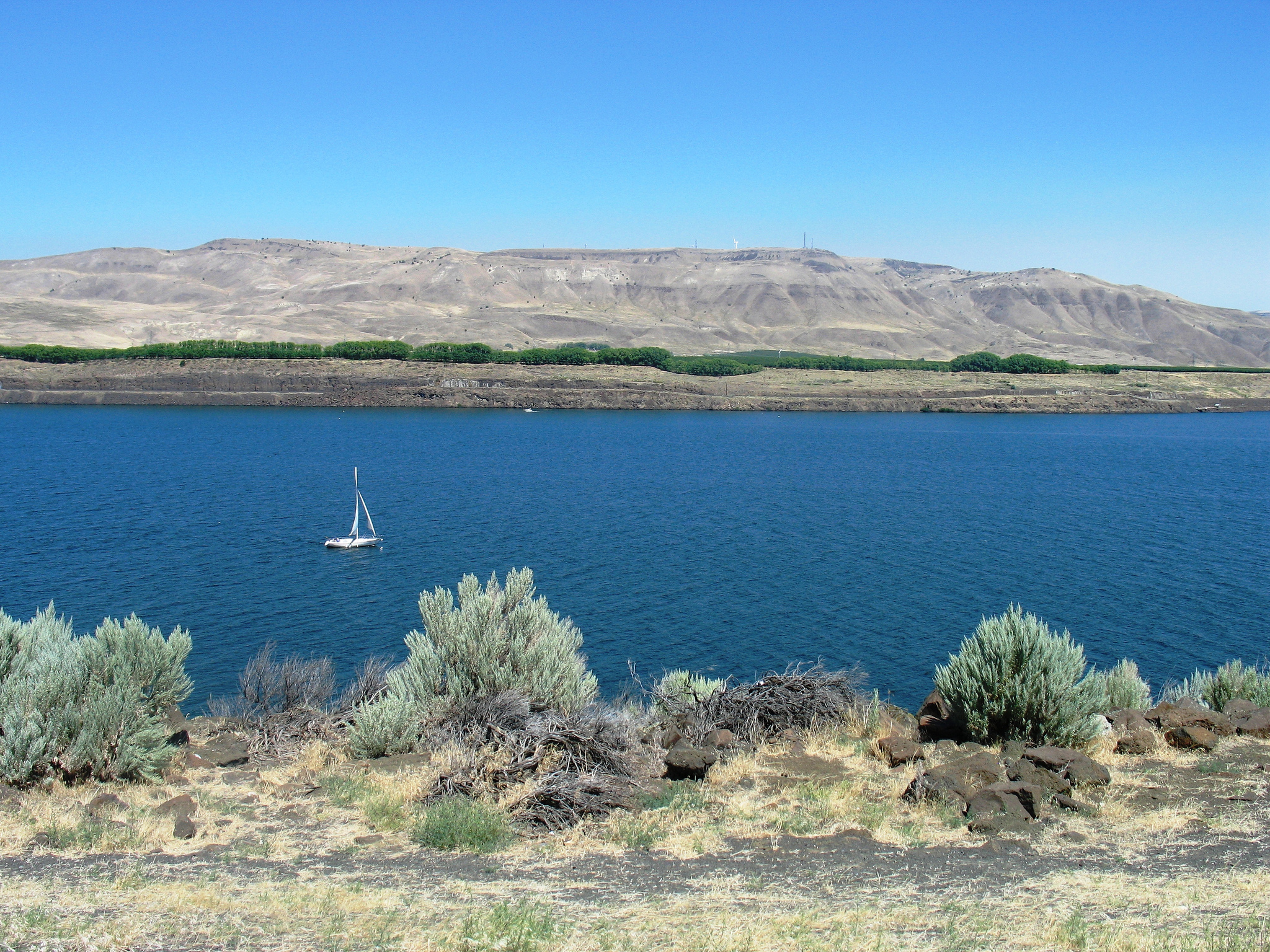 Diving the states of Washington and Oregon, the Columbia River Gorge is one of the most popular attractions in the northwest – specifically for Multnomah Falls, but the scenic area has many other delights.  Try taking the scenic highway on the Oregon side to explore a number of waterfalls besides Multnomah, as well as numerous other scenic points, such as the Vista House or the Bonneville Dam, or the lookout over Rowena Curves.   Sip and simple the various wineries and distilleries in Hood River, pend the night at Skamania Lodge in Stevenson.  You can drive the entire length of the gorge until it ends in eastern Oregon, nearby the wine town of Walla Walla, Washington. 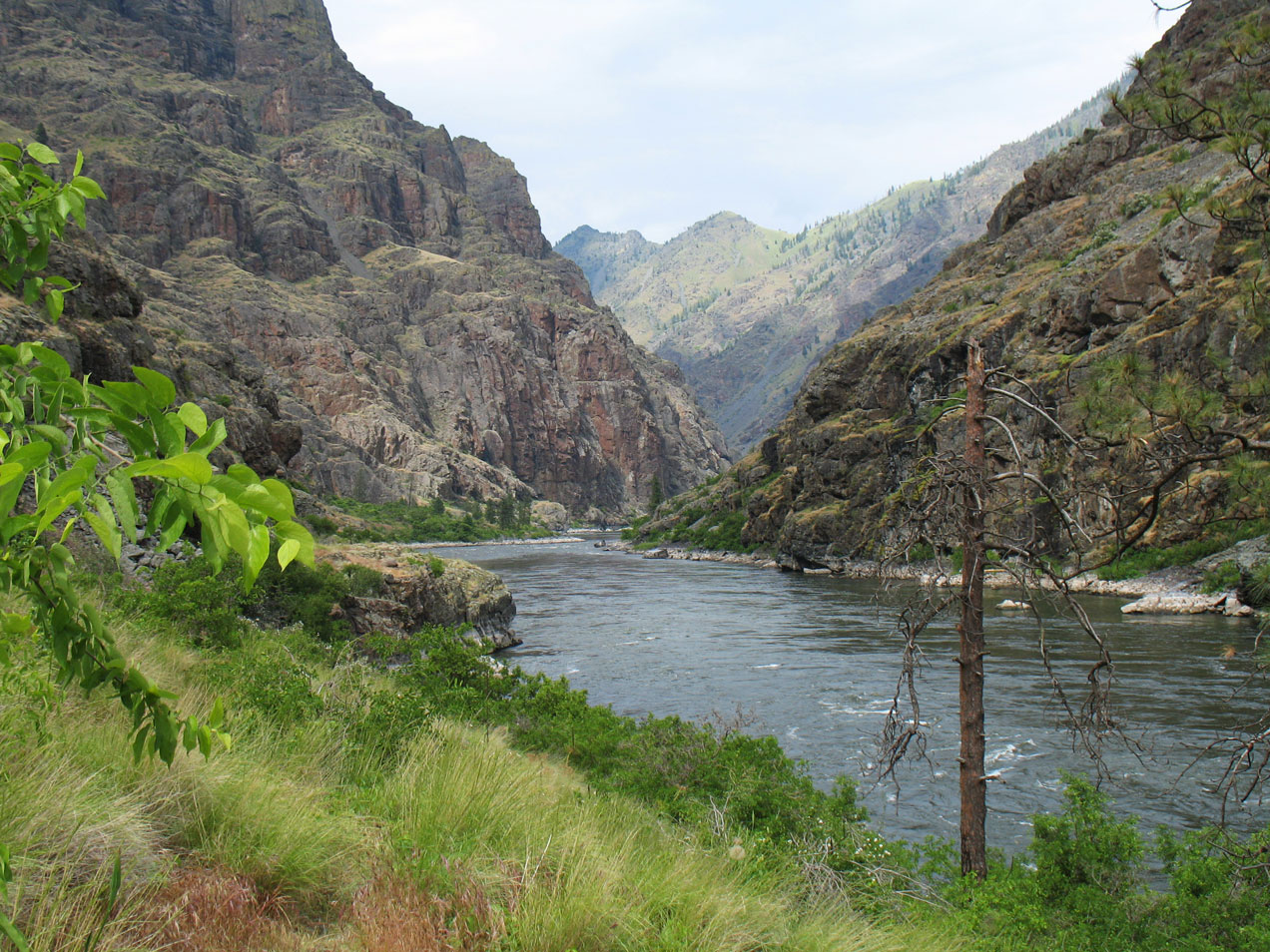 In the far northeast corner of Oregon is the Hells Canyon Scenic Byway, a circle of roadway that could easily be midplaced for somewhere in Arizona or New Mexico.  Towering canyon walls shadow winding roadways with just incredible views of the scenic Snake Review. This area still retains ties to its Native American cultural heritage, as well as ranching and cowboy history – there are museums related to such in the neighboring towns.  Best locations for picture postcard stops would be Hells Canyon Overlook, Hat Point (is a long drive down a gravel road, but worth it if you vehicle can take it), and the Hells Canyon Dam. 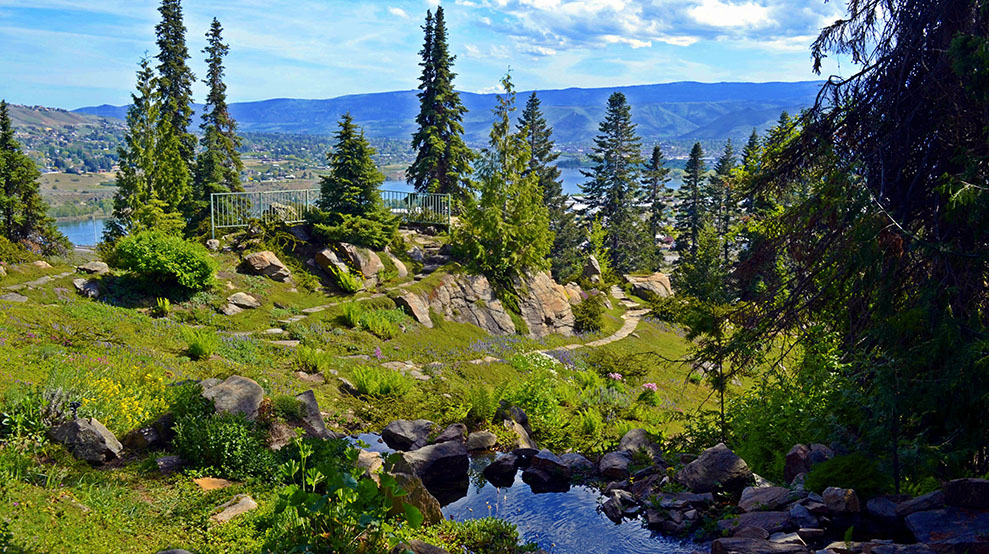 Did you know that the Washington State Ferry System is one of the busiest in the world?  With numerous inhabited islands across Puget Sound, many Washingtonians rely on ferries to get to/from home.  Because of this, the ferry systems can be crowded and require you to arrive early to secure your spot; however, the western portion of the Cascade Loop – covering Fidalgo Island and Whidbey Island – is my favorite Northeast Washington drive that ensures you get some enjoyable island time and also see some other highlights.  Consider driving all the way north to Anacortes, a relaxing gateway to the San Juan Islands (or even a trip to Victoria, Canada, if you wanted).  From there you can drive south across Fidalgo Island to the iconic Deception Pass, with its multiple scenic hikes.  South of the pass is Whidbey Island, home to many art trails and wineries, as well as historic military sights.  At the southern end of Whidbey, you have two options: 1)  You can take a ferry from Whidbey over to Port Townsend, a happening coastal village that is also a gateway to Olympic coast of Washington, or 2) hop the eastern ferry over to Everett and explore the Boeing Museum Of Flight before exploring further afield in central Washington or heading back to Seattle. In almost every city in the Northwest, a volcano is somewhere in the distance.  The Volcanic Legacy Scenic Byway acknowledges and honors those volcanoes by taking you up close and personal to those in Southern Oregon and Northern California.  The highlight of this byway is Crater Lake, but the geologist in you will enjoy the the Blue Grotto Cave at the Lava Beds National Monument, the calm at Lake Almanor, or connect with your yourself in nature at Mount Shata.   While in the area, consider exploring the cultural attractions in Ashland, Oregon. Travelers should note that portions of the official byway are unpaved. 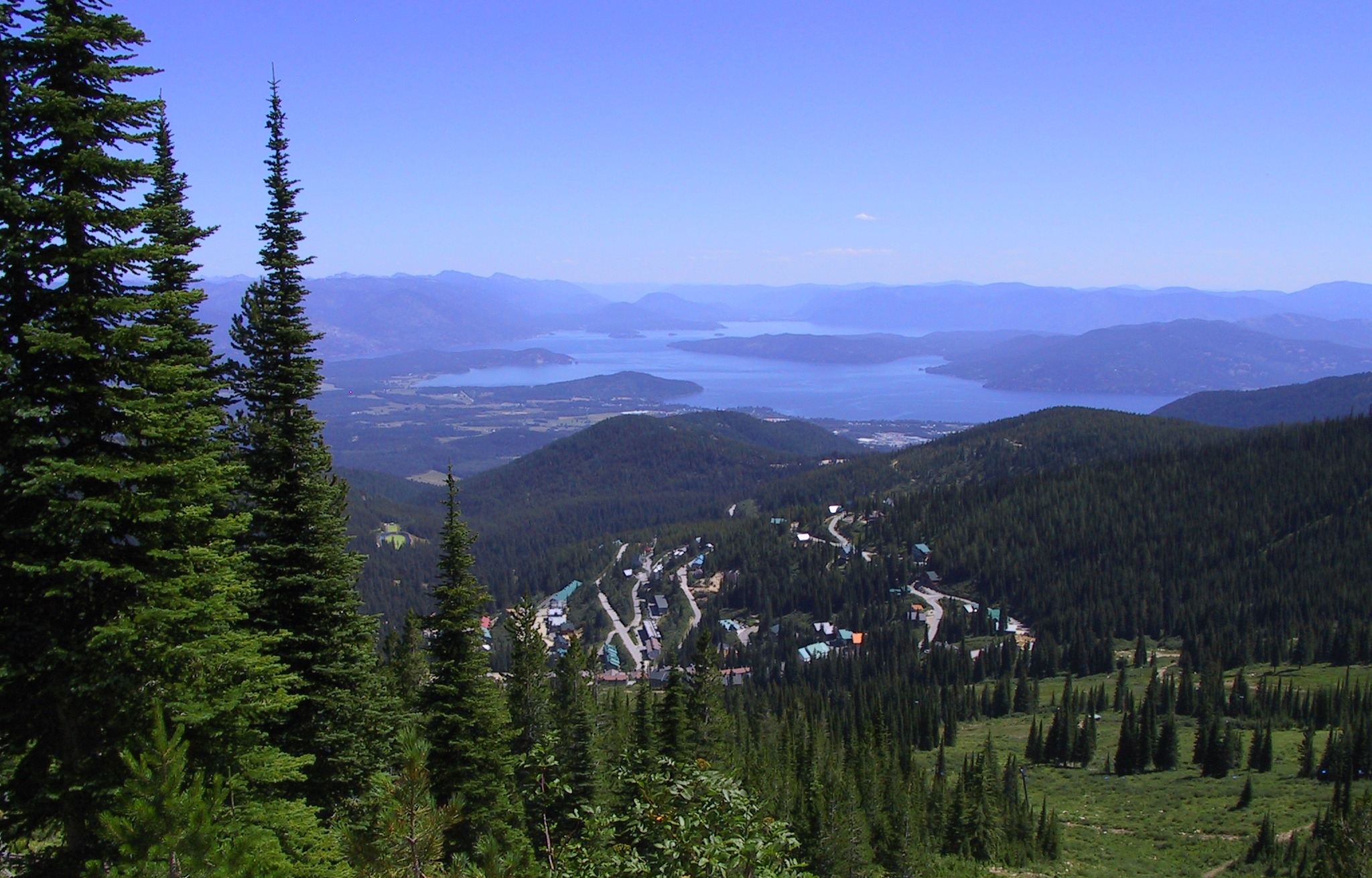 Last but certainly not least is the famous International Selkirk Loop, named such as it’s a popular drive (and bike) route that covers Washington, Idaho, and crosses into Canada, giving your road trip a multicultural flair.   Most travelers base their trips from Sandpoint, Idaho, enjoying the city’s historic downtown and easy access to hiking and skiing, but there are numerous boutique resorts along the loop route.    Consider the detour to see the scenic and serene Priest Lake and/or the delightful detour along Flowery Trail Pass in eastern Washington.