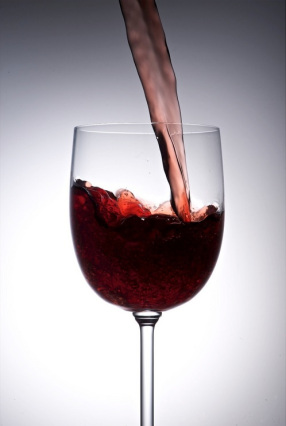 An exclusive wine tasting event and fundraiser for the Ashland Independent Film Festival.  Limited to 35 guests

ASHLAND, OREGON — This June, winemakers and film lovers are again pairing up to help Ashland Independent Film Festival (AIFF) raise money to close out their fiscal year in style. The exclusive $275 per person event is featuring three of the top pinot noir winemakers and growers in the Rogue Wine Country, Vince Vidrine of Irvine & Roberts Vineyards, Eric Weisinger of Weisinger Family Winery and Michael Moore of Southstage Cellars and Quail Run Vineyards.

“In past we have we have featured tempranillo and cabernet franc as examples of varietals that are uniquely expressive of the microclimates in the Rogue wine region. This year we chose pinot noir. Our neighbors to the north are better known for this varietal but Southern Oregon actually has the perfect terroir for growing pinot noir. In fact, some of the grapes used in Willamette Valley wineries come from the Rogue Valley,” shares Emeritus Board President and host Oddo. “We wanted to give AIFF wine lovers an opportunity to explore the local expression of pinot noir from our region’s leading makers side-by-side with wines from the Willamette Valley, coastal California and the Burgundy region.”

A fundraiser for the Ashland Independent Film Festival

A MovieMaker Top 25 Coolest Film Festivals in the World, The Ashland Independent Film Festival is five days of the highest quality independent film in this historic town. Described as “like Sundance only warmer,” AIFF is set in the picturesque town of Ashland and provides an intimate setting that allows audience members from our rural area, filmmakers, and industry representatives a rare opportunity to interact over five days at various events including screenings, forums, conversations, educational programs, and informal gatherings.

Over 7000 film lovers gather at the art-deco Varsity Theatre, the Historic Ashland Armory, and other venues to watch over 90 documentary, feature, and short films in five days. Filmmakers from around the world engage with the audience after each screening and at festival events such as Opening Night Bash, the AfterLounge, and Awards Celebration.

The Ashland Independent Film Festival: Celebrating the diversity of human experience through the art of independent film—enriching, educating and inspiring audiences of all ages.

Held at the home of AIFF Emeritus Board President J Oddo and Brock Dumont in Ashland, Oregon