9 of the Most Magnificent Waterfalls in the Northwest 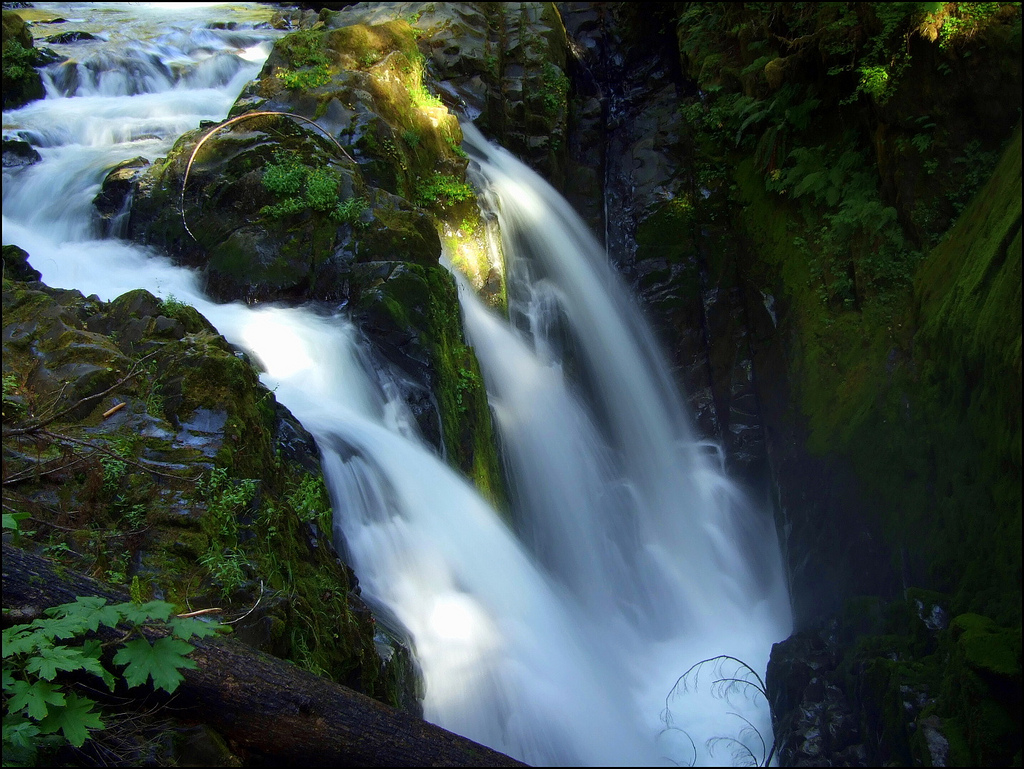 If you enjoy chasing waterfalls, it would be hard to find a place better than the Northwest, renowned for its lush scenery and countless spectacular falls. 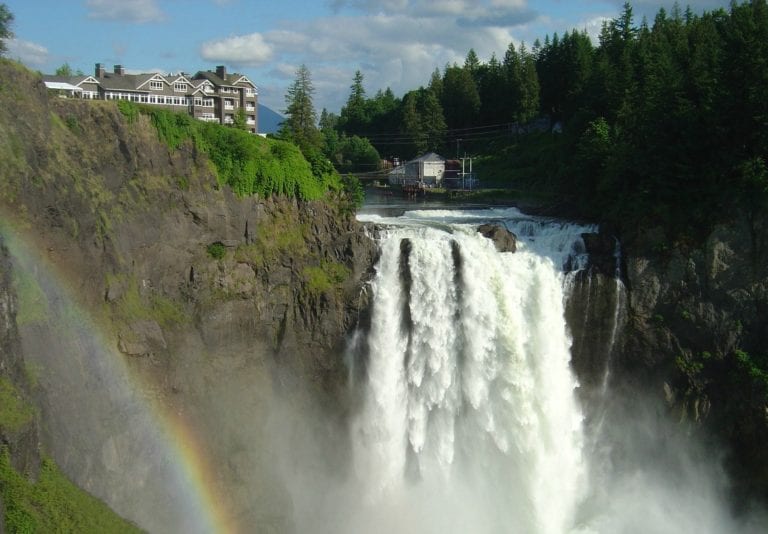 Located about 30 miles east of Seattle in in the foothills of the Cascade Mountain range, Snoqualmie Falls is one of the state’s most popular attractions. The 268-foot-high waterfall on the Snoqualmie River is world famous, thanks to its appearance in the cult TV series, “Twin Peaks,” as well as a number of films like Jeff Bridges unforgettable creepy “The Vanishing.” While the waterfall is stunning year-round, after heavy rains or snow melt in the spring, it’s so powerful it creates a nearly blinding spray. At the site of the falls, you’ll also find a number of hiking trails, a gift shop, an observation deck, and the romantic Salish Lodge, which offers breathtaking views from atop the waterfall. 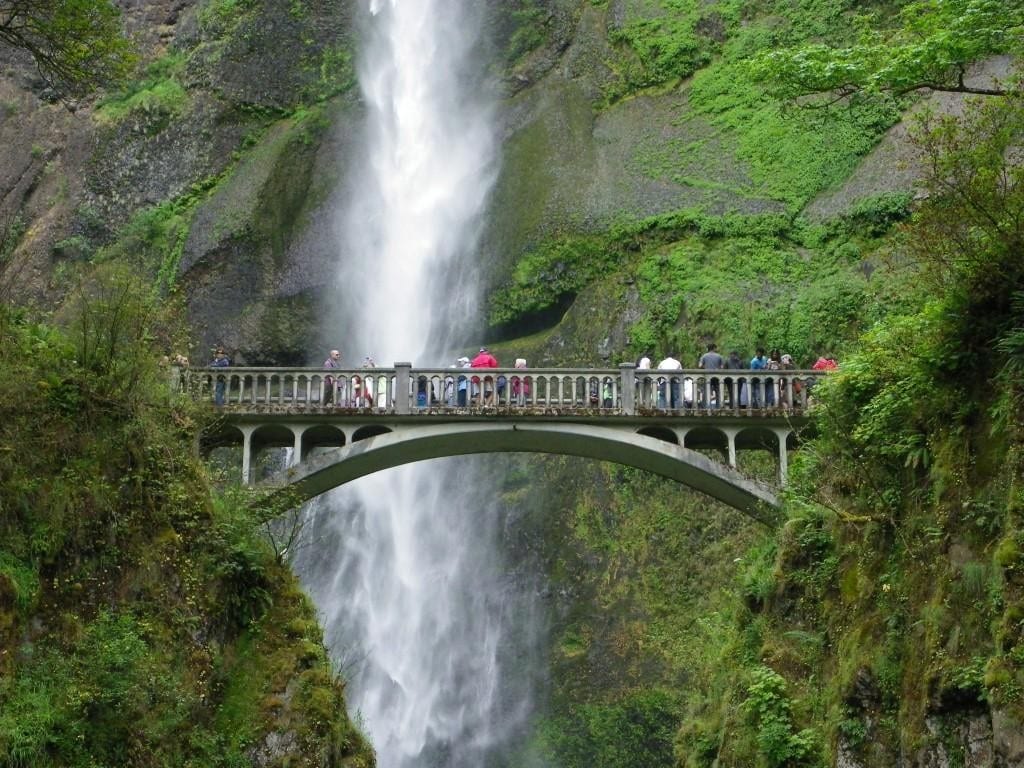 Multnomah Falls is Oregon’s most photographed waterfall, and one of the most awe-inspiring on the planet. It also holds the distinction of being the tallest waterfall in the state, cascading 620 feet into a pool below. Fed by rainwater and snow melt, its steady stream of water runs all year long, with the highest volume in wintertime and springtime – at the height of winter, the falls sometimes freeze. Located just 30 miles east of downtown Portland along the Historic Columbia River Highway, it’s easy to reach too. While most come from around the world simply to view the falls from its base, locals know that by hiking just another mile from the bridge to the top, they’ll get to enjoy the very best views – and sometimes, even all to themselves. 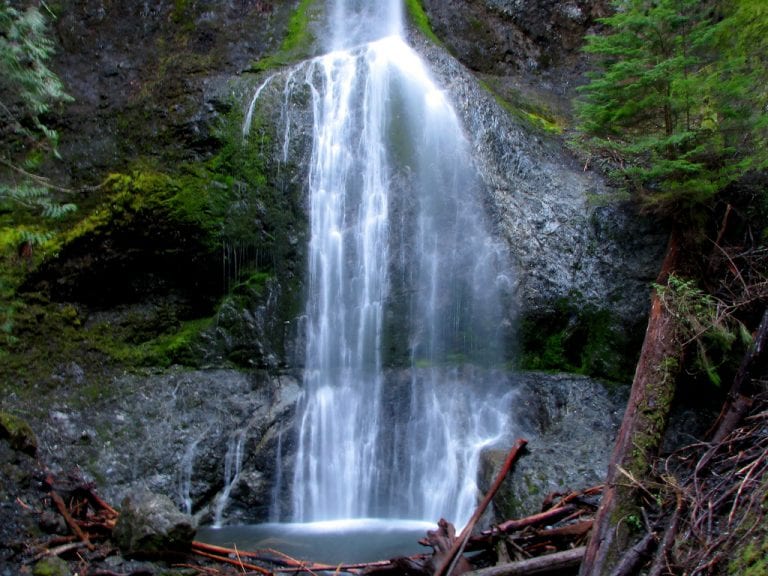 Marymere Falls is located near Lake Crescent in Olympic National Park and can be accessed via an easy, mostly flat .8-mile trail leaving from the Storm King Visitor Center. The trail itself is incredibly scenic, while the pretty waterfall is framed by lush greenery and plunges nearly 90 feet into a pool below. While you’re here, be sure to spend time at Lake Crescent too, this glacially-carved lake offers lots of daytime activities and stunning natural beauty. Its clear, emerald-hued waters are nearly 60 feet deep and are home to the Beardslee and Crescenti trout, two types of fish found nowhere else on the planet. On a warm summer day, the pristine waters are even ideal for swimming. 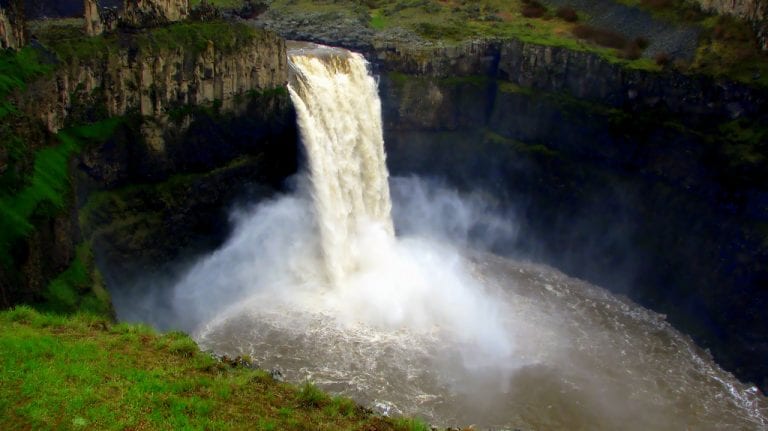 Formerly known as Aput Aput, meaning “Falling Water,” as named by the Palouse Indians, Palouse Falls sits within Palouse Falls State Park. It has an impressive drop of 198-feet, 17 feet higher than Niagara, and is surrounded by striking basalt cliffs, lying on the Palouse River upstream of the confluence with the Snake River. The park itself is home to multiple hiking trails, picnic areas and a campground. 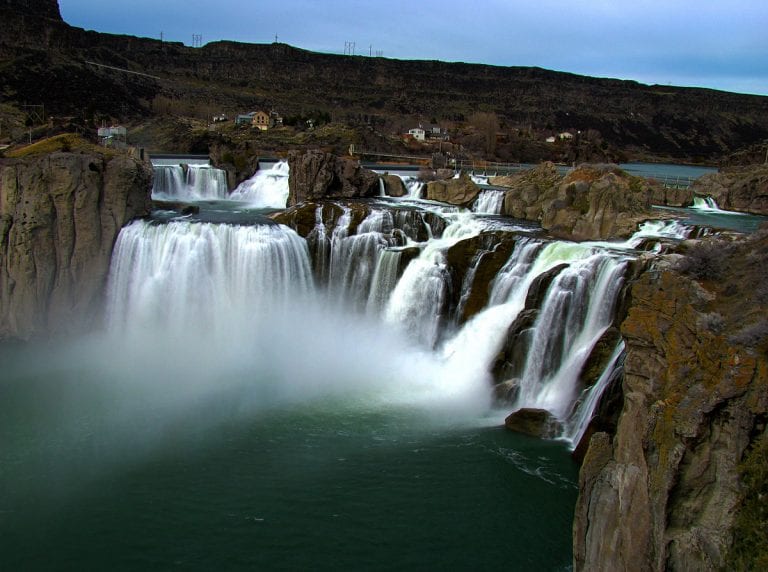 Shoshone Falls is truly magnificent, and at 900 feet wide and 212 feet high, it’s even higher than Niagara Falls. In fact, it’s often referred to as the “Niagara of the West.” It sits at the edge of Twin Falls on the Snake River, which carves its way through the deep basalt canyons as the largest tributary to the Columbia River. it’s most impressive during the spring and early summer when water flows are high. The site includes hiking trails, playgrounds, picturesque landscaped picnic areas with outstanding viewpoints and a swimming area. 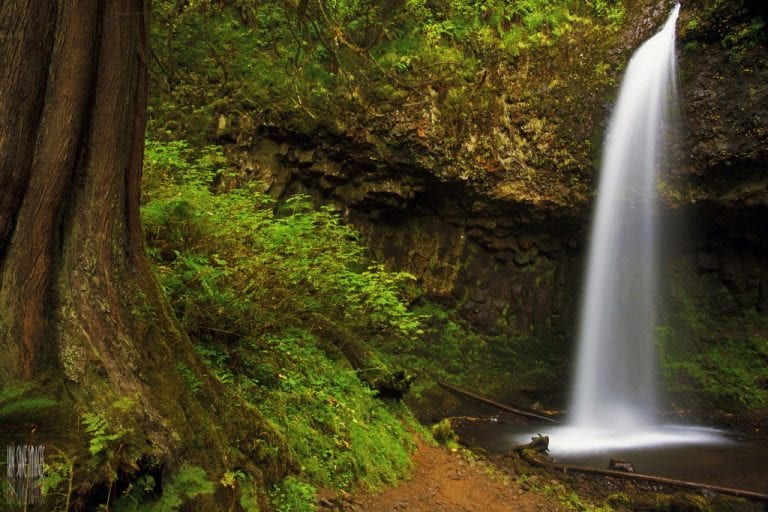 Latourell Falls is located in the Columbia River Gorge, famous for its hundreds of gorgeous, cascading falls. It’s the closest of the Columbia Gorge waterfalls to Portland, and while it’s just barely visible from the highway, a short trek up a steep paved path will bring to a clear viewpoint of the 249-foot-high falls. A walk down another path leads to its misty base. 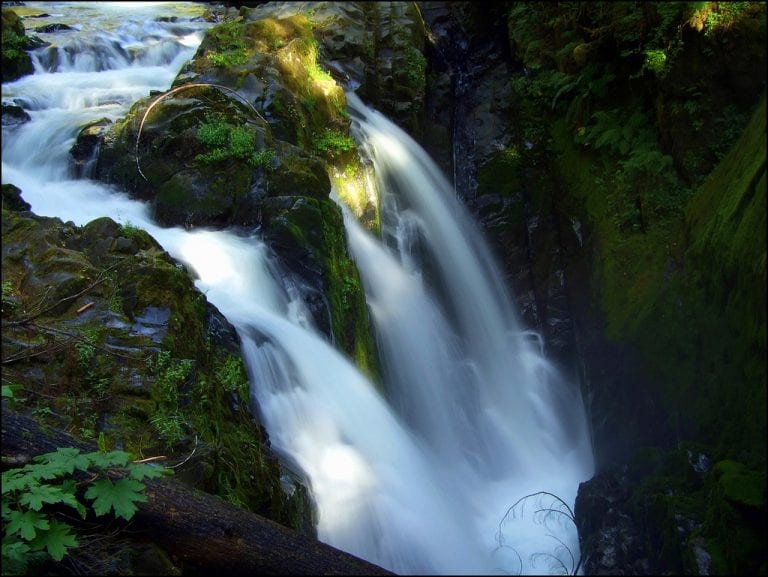 If you want to take a journey through the heart of the rainforest in Olympic National Park, a hike to Sol Duc Falls truly embodies that experience. You’ve probably seen Sol Duc in at least one magazine, but photos just can’t capture how impressive it really is. From the wooden bridge, you can gaze down at the breathtaking canyon in one direction and in the other, the jaw-dropping falls. It can be reached via a family-friendly, well-maintained one-mile trail that begins a few miles from Sol Duc Hot Springs Resort and Campground – the hot springs make an ideal spot for soaking in the warm, soothing waters after your hike too. 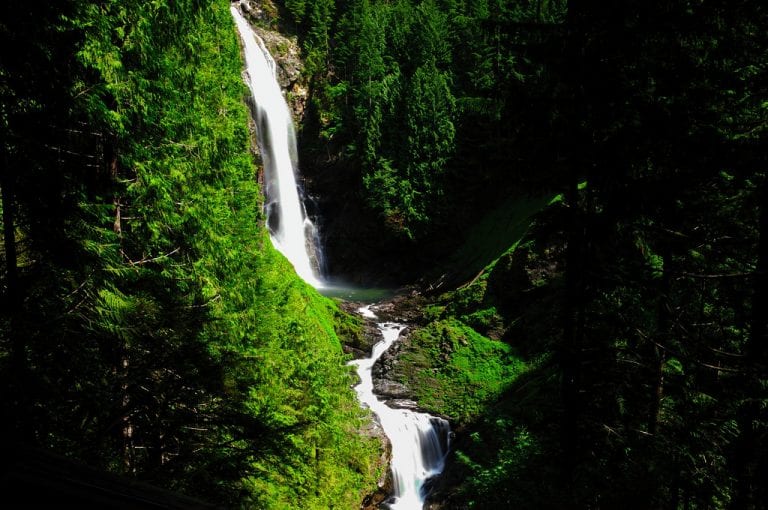 Wallace Falls State Park is home to the three-tiered Wallace Falls, which is made up of Lower Falls, Middle Falls and Upper Falls. One of the state’s premier lowland falls, rated right up there with Palouse and Snoqualmie Falls, it can be accessed most of the year. Lower Wallace Falls is especially photogenic, while the Middle Falls are the most spectacular; and the Upper Falls the most secluded. From the Middle Falls overlook you’ll view the most impressive scenery that includes a panorama of the Skykomish River valley and even the Olympic Mountains in the distance beyond. 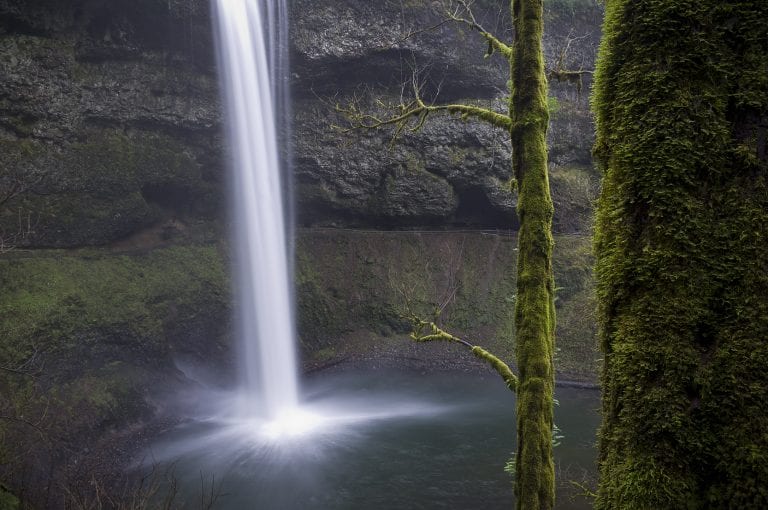 South Falls may not have the most imaginative name, but it’s arguably the most popular of the 10 main waterfalls in Silver Falls State Park. You’ve probably seen it on multiple calendar pages, postcards and online. It drops for 177 feet over a ledge, giving it a classically slender, rectangular shape, and an alcove behind it offers the chance to walk right behind the cascading water to view it from a number of angles. 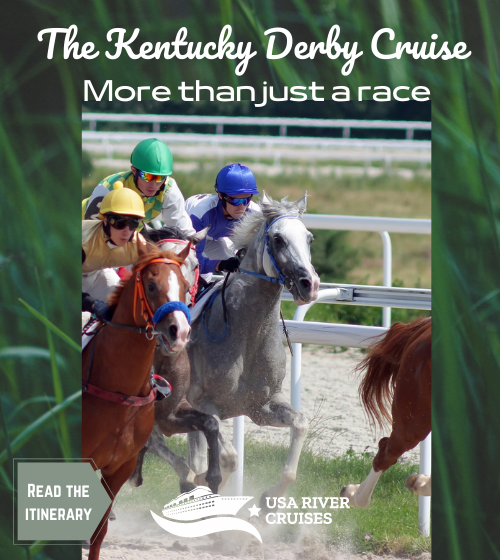 Colorful Hotels in the Northwest