Best Flower Festivals in the Northwest

The countdown to the start of Spring has begun, and flowers have already begun to bloom all over the Northwest. Plan your weekends or vacations around the schedules of your favorite flower’s festival. The blooming season starts off with the Daffodil Festival in Tacoma, Washington.  The festival began in 1926 and is still going strong. Wear your  yellow and celebrate one of the first blooms of Spring. With multiple events, the parade tops the list of must-see events and will be on April 6, 2019 this year.

There is so much going on in Skagit Valley! It begins with La Conner Daffodil Festival parade April 13, and the Tulip Days Basketball Tournament April 22, 2019. From then thru the end of April, it is non-stop events all over Skagit Valley! Farm to Pint Festival, Helicopter tours, 2.5k and 5k family fun runs, art, pottery, scrapbooking, bike tours, pancake breakfast, English Tea at Willowbrook Manor, WSU Master Gardener guides, and so much more!

Other Northwest Tulip Festivals include: 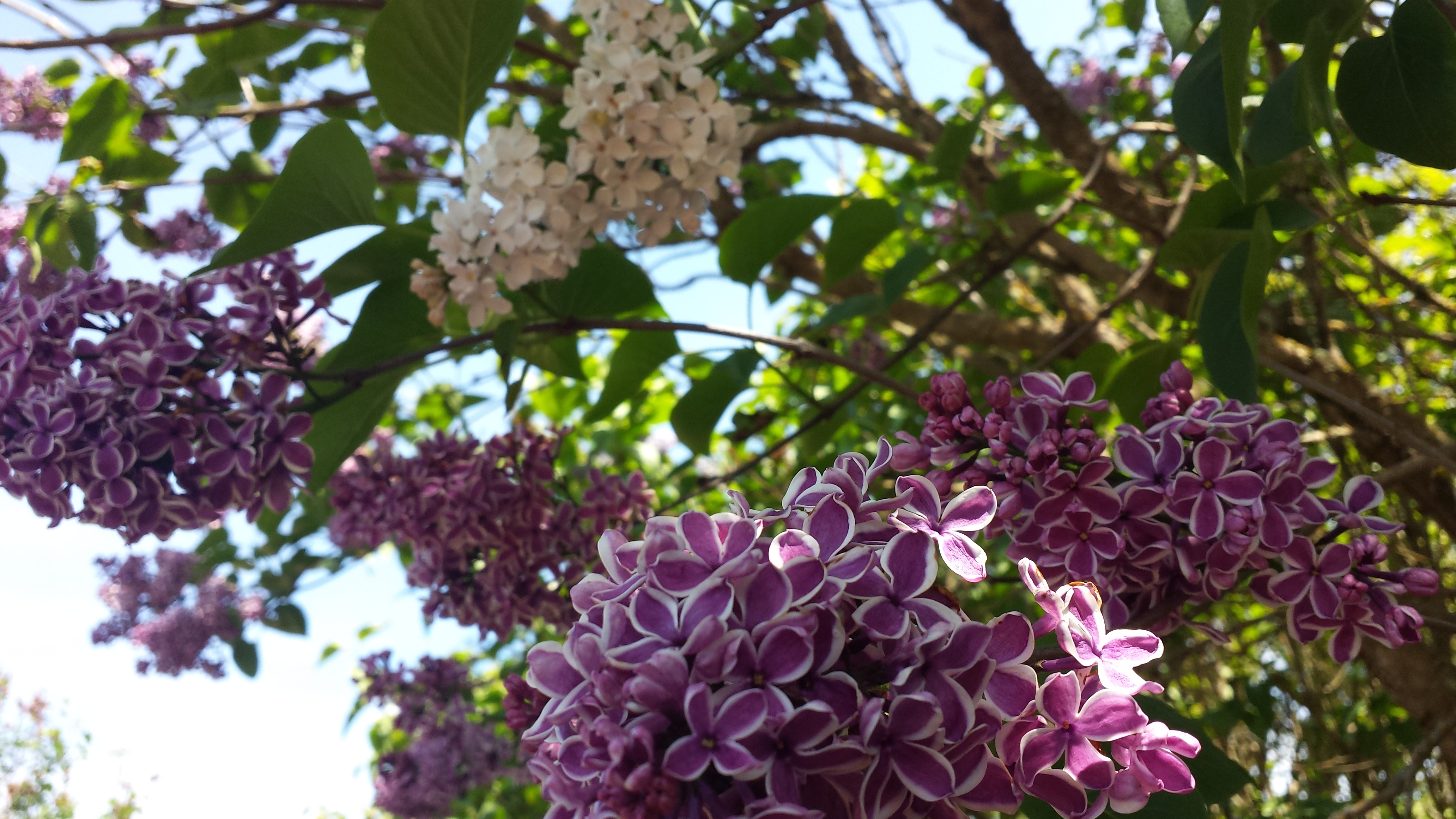 Hulda Klager was a pioneer in the growing and cultivating of lilacs. Originally from Germany, she moved with her family first to Wisconsin and then to Woodland, Washington. She was married and raised her children, but also loved her flowers. A friend gave her a book about hybridization of flowers, and she began experimenting with apples and lilacs. Apples, because she wanted to make the best pies! But lilacs quickly became her world. In 5 years, she’d created 14 new varieties. By 1920, she began holding open houses in spring. She’d created so many new varieties of lilacs, lilac lovers from across the country began flocking to her house. In 1948, the city of Woodland was underwater when the Columbia River flooded. Her lilac gardens were gone, and you can still see the watermark on one of the interior doors of the house. Hulda was 83, but determined to rebuild. Many people who had bought her lilac varieties gave her starts so that she could replace her lilac garden. In 1950, Hulda was able to reopen again for Lilac Week. Today, the Hulda Klager Lilac Society continues her work and maintains her house and property in Woodland, Washington. What was once ‘Lilac Week’ is now ‘Lilac Days’ which are the 3 weeks prior to Mother’s Day. For 2019, that means April 20 thru May 12. Open daily from 10am-4pm for $5 at the gate. The house is open for tours, you can walk the gardens to see the different varieties in bloom, purchase lilacs and visit the gift shop.

Keizer, Oregon is hosting the Iris Festival May 18-19, 2019, held annually the third weekend of May. This festival has something for everyone, from the Iris Runs (3k and 5k walk/run, 10k run, and a half marathon), live music all weekend, a beer and wine ‘Keizerfest’ area, Iris Parade, Golf Tournament, Mayor’s Pet Parade, and Poker Run!

Florence, Oregon is ‘Always Ready to Rhody’, having hosted the annual festival since 1908! It is the second-oldest flower festival in Oregon, the third-oldest on the West Coast. From May 17-19, 2019, the festival begins with the crowning of “Queen Rhododendra.” The event includes a family parade, Street Vendor Fair, car show, 5k run, games, a Carnival, and more! You can save at the Carnival by purchasing tickets in advance.

For one day only, Mount Pisgah Arboretum is hosting the Wildflower and Music Festival: May 19, 2019 from 10am-5pm. Mount Pisgah Arboretum (in Eugene, Oregon) is open every day of the year, with quiet trails to walk, learn about native plants, and enjoy the wildflowers. This festival is a local favorite, with live music, food and craft vendors, a huge wildflower display, and guided nature walks. 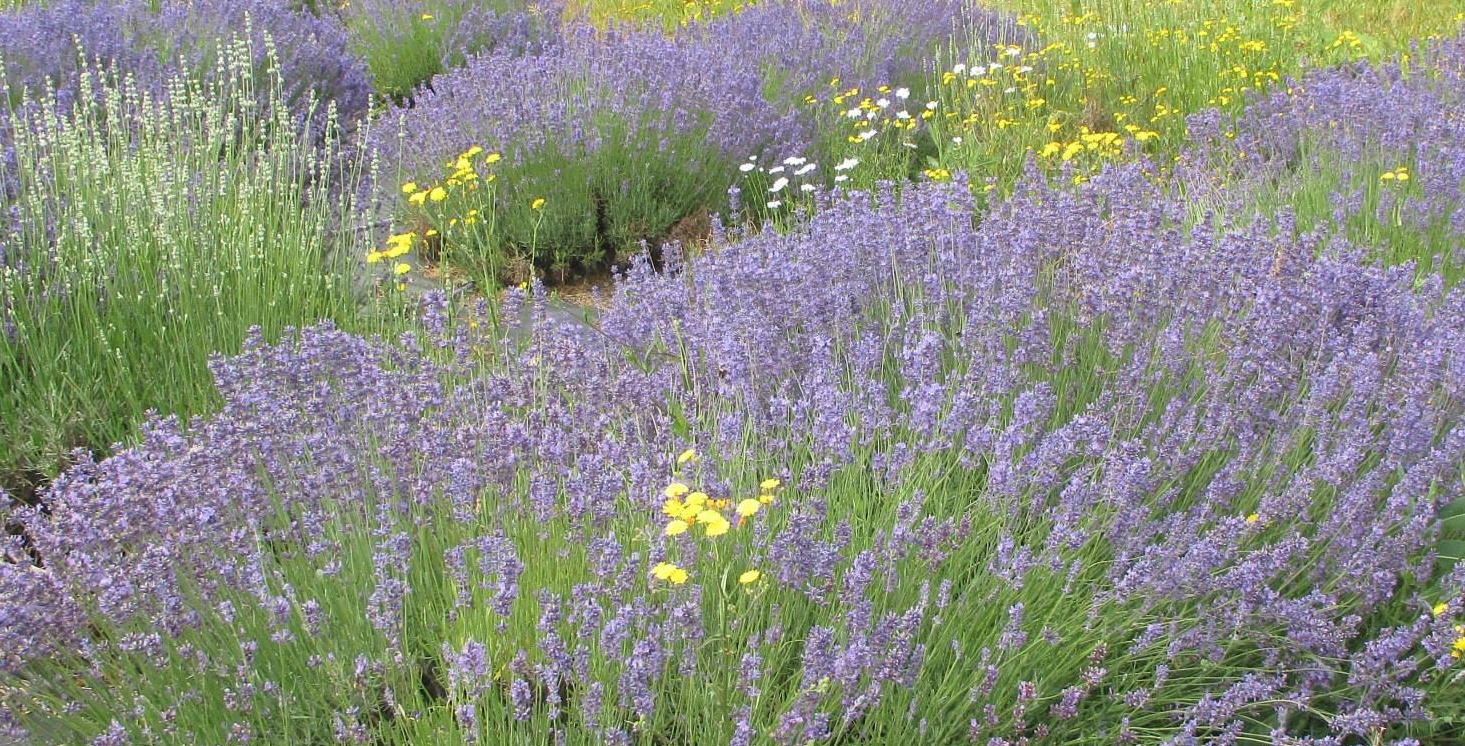 The Sequim Lavender Growers Association proudly hosts the Sequim Lavender Festival the 3rd full weekend of July. For 2018, that means everyone’s heading north July 19-21, 2019 annual Sequim Lavender Festival®! It’s three whole days of lavender fun around the entire town. There’s a street fair, food court, music stages, craft booths, and the highlight: Farm Tours! You can spend the entire weekend eating, drinking, smelling, seeing, and touching lavender and lavender products. Maybe you’ll find a booth selling lavender ice cream, or lavender cookies. And a farm’s gift shop may have lavender lotion or face cream. And you can purchase an artist’s beautiful painting of their day spent in a lavender field (because it reminds you so much of the farm tour you just took and you realized you didn’t take any pictures!) Plus all the other fantastic local Northwest products that will be there, like BBQ, crab cakes or crepes.

Other Northwest Lavender Festivals include:

Read about more Northwest Lavender Festivals on this travel guide.

August 17-18, 2019, head to Everett, Washington for the most stunning displays of more than 2500 dahlias! The Snohomish County Dahlia Society hosts this free event annually, which highlights single blooms, triple blooms, 5-blooms, in baskets and in artistic arrangements.

Other Northwest Dahlia Festivals include: