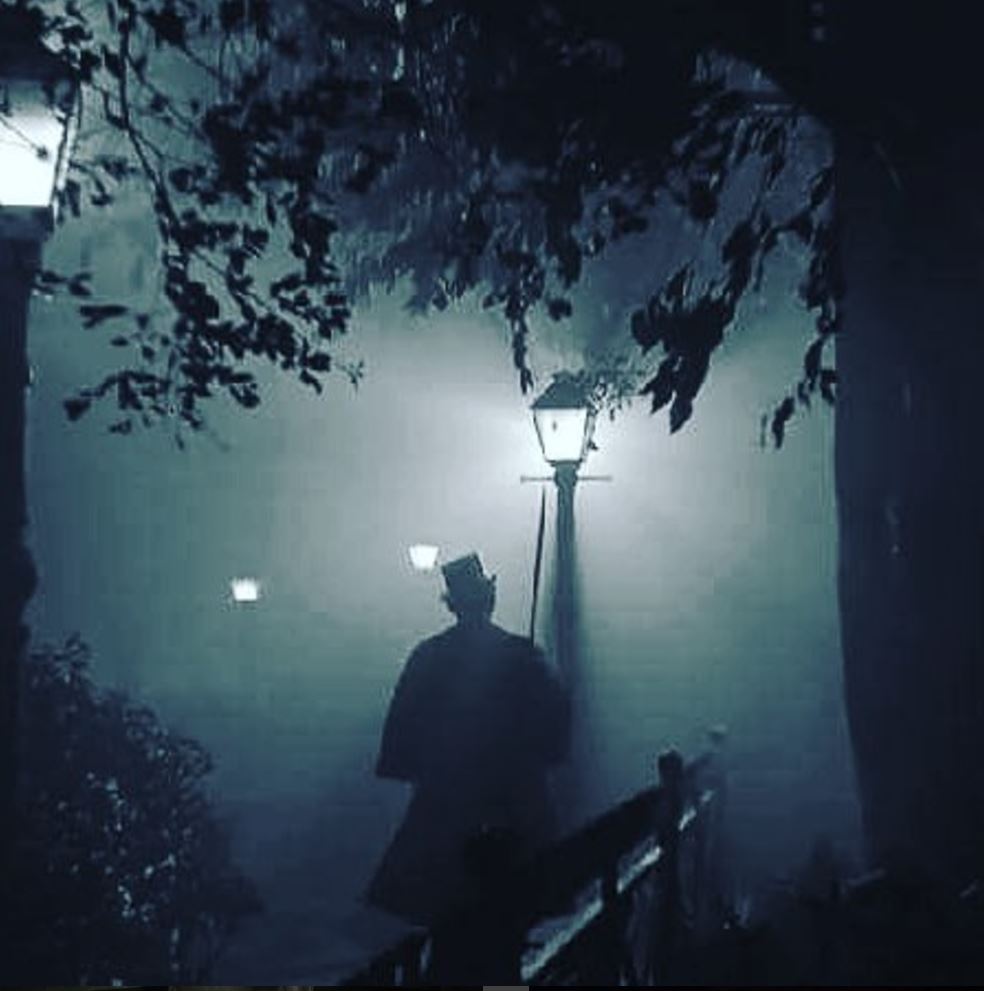 What’s Halloween without at least a few frights?

Take advantage of this fun season by experiencing some of the Northwest’s best haunted attractions – while some are man made, others may offer a glimpse – or more, of the paranormal.

Pike Place Market is not only famous for its fresh fish and beautiful flowers, it’s also known for its ghostly happenings. The market is home to an old brothel, graveyard and the city’s first mortuary. By taking the Market Ghost Tour you’ll hear the eerie tale of the Market Theater, where the laughter of orphans that are no longer in our world can still be heard, as well as the ghost of Chief Seattle’s daughter, Angeline, who purportedly haunts the building. Seattle Underground Tours also offers a special ghost hunting walking tour after dark, where visitors get a quick class on the basics of ghost hunting before going out on their own to seek paranormal events.

While you’re in Seattle, stop by what’s been called the most haunted pub in America, Kells Irish Pubs and Brewery, which is housed in the former mortuary. Countless bodies passed through here due to disease epidemics, mining accidents and violent crime. Just some of the unexplained activity that’s been documented here includes mirrors spontaneously shattering, glasses swept off surfaces by unseen hands and disembodied voices.

Over on the Olympic Peninsula in Port Townsend, Twisted History Tours, which was featured on the site in recent months, offers Haunted History tours that are ideal for the season, covering the unfortunate, humorous, and downright strange. If you missed our earlier post, you can check it out here to find out more.

Also in Port Townsend, this former 30-room mansion turned hotel was once the largest of its kind in the region, originally completed in 1892 as the home of Charles and Kate Eisenbeis. Today, it’s said to be haunted by two ghosts, one, a former guest who was waiting for her beloved to return from war. When she heard of his demise, she jumped to her death from the hotel. The other is a monk who hung himself in the attic. Rooms 302, 304 and 306 are said to have the most activity, along with the hotel bar where drinking glasses are known to explode and suddenly turn upside down on their own.

Black Diamond Cemetery near Maple Valley has been called one of Washington’s most haunted spots. Visitors have heard whistling and voices when no one else is around. There have also been reports of shadowy figures that look like the apparitions of dead coal miners, complete with swinging lanterns, that emerge on foggy nights.

If the other spots are a little too real for your liking, you may want to head to Stalker Farms . The Halloween season officially begins on September 10th at this creepy place. Though it’s all in fun, it’s also guaranteed to give you a fright, voted Scare Factor’s No. 1 haunted attraction in the state. It features three haunted attractions: The Harvest, Pogo’s Funny Farm and Paintball Stalker: Hunt for Zombies, plus a non-haunted corn maze and a whole lot more.

Inside Portland’s Forest Park, a 5,157-acre wooded park and the largest forested natural area within a city limits in the country, you’ll find the Witch’s Castle, one of Oregon’s most haunted sites. It has a rather terrifying history, constructed in the 1850s by a man who would become a murderer. It wasn’t long before it became more of a prison than a retreat, as the daughter fell in love with the hired help, and her father ended up killing him. He then claimed that he did so because his wife had bewitched him with a spell. Despite his claims, he was hanged for his crime – it was the first legal hanging in the state. It’s said that she haunts the building, along with her father and her lost love. People have reported seen the ghostly figures fighting around midnight.

The Shanghai Tunnels  are world renowned, and have been featured on the Travel Channel’s Ghost Adventures. They run under the city as a reminder that in its early years, this was a dark and dangerous city. Men and women alike were tricked or drugged in the bars and brothels all over town and dragged into the tunnels before being bundled onto boats to serve as slaves. Many did not make it out of the tunnels alive. All of the death and torment made this place the ultimate breeding ground for paranormal activity and there are practically endless reports of unexplained noises, shadows and disembodied voices. There is even a malevolent spirit who is said to take pleasure in tormenting the tour guides.

The Bates Motel in Coeur d’ Alene, Idaho was originally used as an officers’ barracks, before and during World War II. It was later sold and transformed into The Roadway Inn motel. When it was sold again, a man named Randy Bates renamed it The Bates Motel, having no idea at the time that a movie called “Psycho” would be released, featuring a hotel with the very same name. But instead of keeping guests away, it drew them in. Some say the author of Psycho, Robert Bloch, stayed at this very property back in the 1950s, and kept note of the name. This Bates Motel may not be as horrifying as the film version, but it’s still considered to be one of Idaho’s most haunted spots. Guests and staff have reported practically constant paranormal activity at the hotel, including the feeling of being watched, strange noises, cold spots, lights turning on and off and ashtrays either being knocked off tables when no one is in the room.

The Old Idaho State Penitentiary also ranks among Idaho’s most haunted. There were a number of executions and violent events that took place here, and some of the inmates were said to have never really left after their deaths. Visitors report strange events, including being touched by invisible entities, sudden overwhelming feelings of despair, and disembodied whispers in the hallways. Taking the terrifying factor up a notch, visit on October 28 for the Frightened Felons Family Night or on October 29 for Frightened Felons Adult Night.