Whether it’s a Douglas Fir-infused gin, a loganberry liqueur or a smoky single malt whiskey, folks in the Northwest are passionate about their hand-crafted libations. Fortunately, we have a large batch of talented distillers in the region who bring their passion and knowledge to the stills. The following distilleries in Oregon, Washington and Idaho welcome you to stop by their tasting rooms to sample the spirits of the Northwest. These eight independent distilleries – which aren’t actually situated in a row but are sprinkled throughout Portland’s Eastside – craft over 30 high-quality artisan spirits. I love Vinn Distillery’s delicious rice-based spirits, which are made with recipes that have been handed down through the Ly family for over seven generations. Inspired by the flavors and versatility of Caribbean spirits, Eastside Distilling creates tasty rums, bourbons, fruit whiskeys and a potato-based vodka. At Rolling River Spirits, distilling is a family affair, and the results are top-notch gin, vodkas and aquavit made with organic grains. House Spirits Distillery’s most innovative libation is a Pre-Prohibition, American-style gin with a distinct floral essence. It’s unlike any gin you’ve ever tasted. At Stone Barn Brandyworks, you’ll find a variety of regionally-sourced fruit brandies, brandy-based fruit liqueurs, rye- and oat-based whiskeys and a grappa. The oldest distillery on the Row, New Deal Distillery makes a dry juniper-forward gin, a chocolate-infused vodka, a ginger liqueur and a variety of small-batch limited releases. A new spirits project from Townshend Tea Co., Thomas & Sons distills their liqueurs and other botanical spirits from fermented tea and sugar. Wild Roots vodkas are five-time distilled and five-time filtered before being infused with over a pound of Northwest-grown fruit.

Central Oregon is well-known for its pristine waters, towering ponderosa pines, fragrant sagebrush, snow-covered Cascade Mountain peaks and flourishing craft beverage scene. In Bend, the region’s largest city, is Bendistillery, a long-time distiller that’s well-worth a stop. They create the award-winning Crater Lake Spirits, including gin, rye whiskey and a half-dozen or so smooth sipping vodkas. There’s two tasting rooms, one on-site at the distillery on the city’s outskirts and another in the heart of downtown Bend. Also in Bend is Oregon Spirit Distillers, where you can sample its award-winning absinthe and Genever-style gin. Distillery tours are offered daily. About twenty miles north of Bend in Sisters, newcomer Cascade Street Distillery uses local juniper berries, Ponderosa pine pods and desert sage to craft their small-batch gin. Bordered by the Puget Sound’s blue waters to the east and the rugged Cascade Mountains to the west, Washington’s Snohomish County is home to a handful of small, family-owned distilleries in the neighboring communities of Snohomish, Everett, Lynnwood, Marysville. Located in a 19th century brick warehouse in the historic town of Snohomish, Skip Rock Distillers craft their creamy, full-flavored vodkas from Skagit Valley Yukon gold potatoes. Whiskey lovers will enjoy Skip Rock’s elegant yet flavorful rye whiskey, perfect for sipping. In Everett’s bustling marina, Bluewater Organic Distilling offers a smooth sipping vodka, a 100-proof vodka and a citrus-forward dry gin. All are made with USDA-certified organic wheat and alpine Cascade water. Not to miss are the three impressive Moorish-style alembic copper stills, where co-owner and distiller John Lundin refines all his spirits. In addition to their clean, grain-based vodka and botanical-flavored gins, the folks at Dry County Distillery make an award-winning anise-flavored liqueur, spiced rums and a delicious apple pie liqueur. For small-batch gin, including a London Dry style, and lemoncello, head to Temple Distilling in Lynnwood. With their agricultural bounty, maritime air and vibrant harbor towns, Washington’s Bainbridge Island, Whidbey Island, Fidalgo Island, Samish Island and San Juan Island are ideal for crafting premium, handcrafted spirits. At Washington’s first organic distillery, Bainbridge Organic Distillers, you’ll find four unique spirits: a mature, wheat-based whiskey (thanks to the island’s salt-laden air), a full-flavored vodka, a vanilla-infused vodka and a Douglas Fir-infused gin. After a quick tour of the distillery, be sure to sample these fine spirits. Founded in 2009 by Beverly and Steve Heising, Whidbey Island Distillery’s flagship spirit is a rich, flavorful loganberry liqueur, inspired by the island’s loganberry-producing history. Also look for their other berry liqueurs and a rye whiskey. Deception Distilling on Fidalgo Island makes a wheat-based vodka, a gin made from 12 different botanicals and three corn-based moonshines. Samish Island’s first and only micro-distillery, Golden Distillery, specializes in small-batch, single malt whiskeys and fruit brandies, perfect for sipping. Scotch lovers should try their Scottish-inspired peated whiskey. Off a quiet country road on the main island in the San Juans is San Juan Island Distillery, where husband-and-wife team Hawk and Suzy Pingree craft an impressive variety of botanical-infused gins, fruit-flavored brandies and more from locally-forged ingredients. 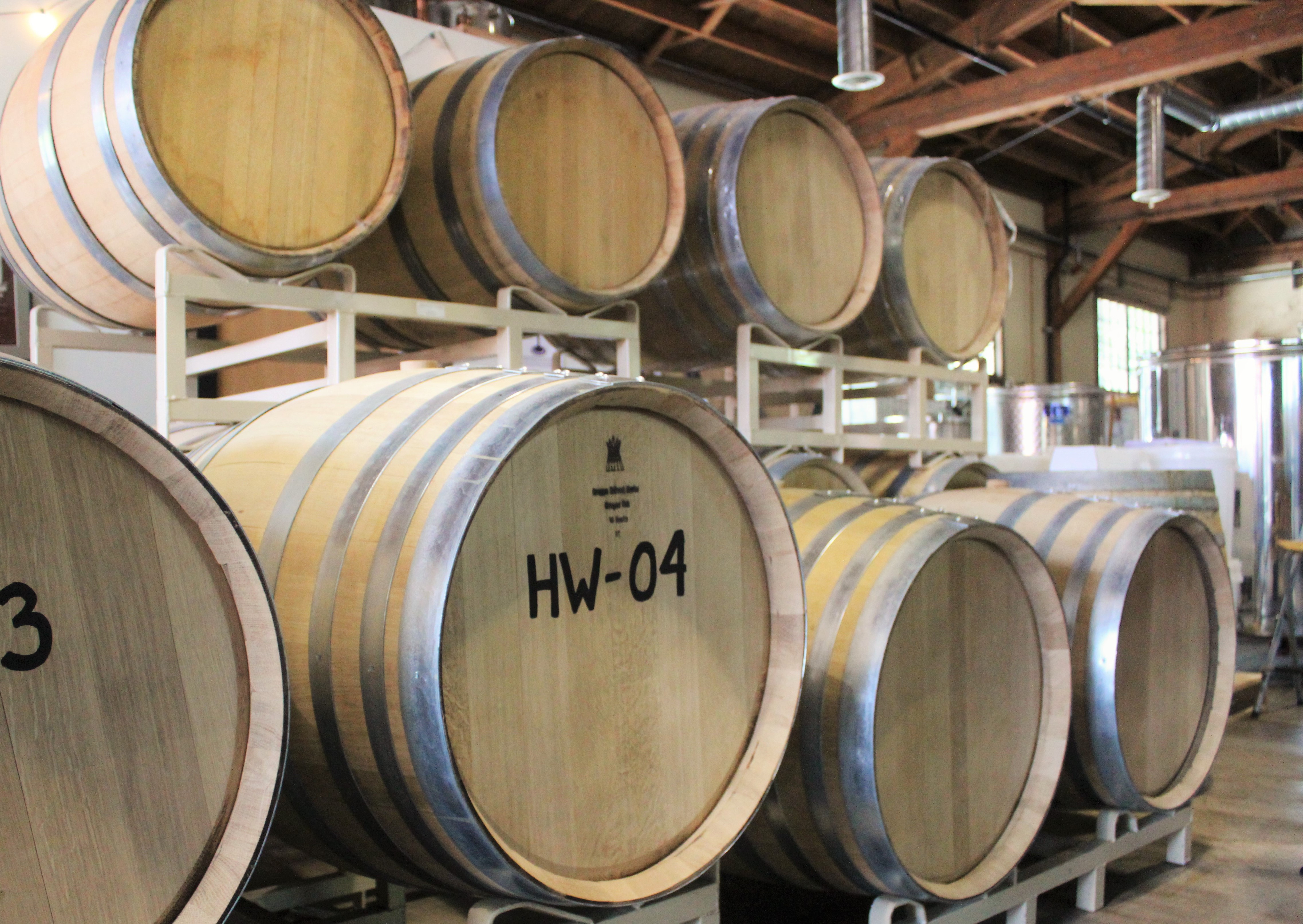 With its green hills and clear lakes in the north to the rugged vistas and vibrant cities in the south, this geologically diverse state is famous for outdoor recreation. Idaho is also home to a handful of micro-distilleries crafting premium bourbon, whiskies, moonshine and more. In Boise, Idaho Bourbon Distillers use high-quality ingredients, mountain spring water and hand-built copper stills to create their bourbon, whiskey and moonshine. Bardenay Restaurant Distillery, their spirits really shine in their yummy specialty cocktails, which are available at their eateries in Boise, Coeur d’Alene and Eagle. Located at the base of the Teton foothills near the Idaho-Wyoming border, Grand Teton Distillery sources the raw ingredients for their potato-based vodkas and American-blended whiskies within 25 miles of their facility. For aromatic fruit brandies and potato vodkas made with traditional European methods, head to Koenig Distillery & Winery in Caldwell, about twenty miles east of the Oregon border. Not to miss is their award-winning pear brandy, made from tree-ripened Bartlett pears. It’s like sipping an orchard.