Best of the Northwest Farmers Markets

Locally grown fruits and vegetables, artisan cured meats, freshly baked breads, gourmet crumbly cheeses and the talented people who make them – you can experience all this and more at farmers markets throughout the Northwest. But with so many great ones in the region to choose from, you may wonder where to begin. Not to worry, here’s six of our favorites to get you started. 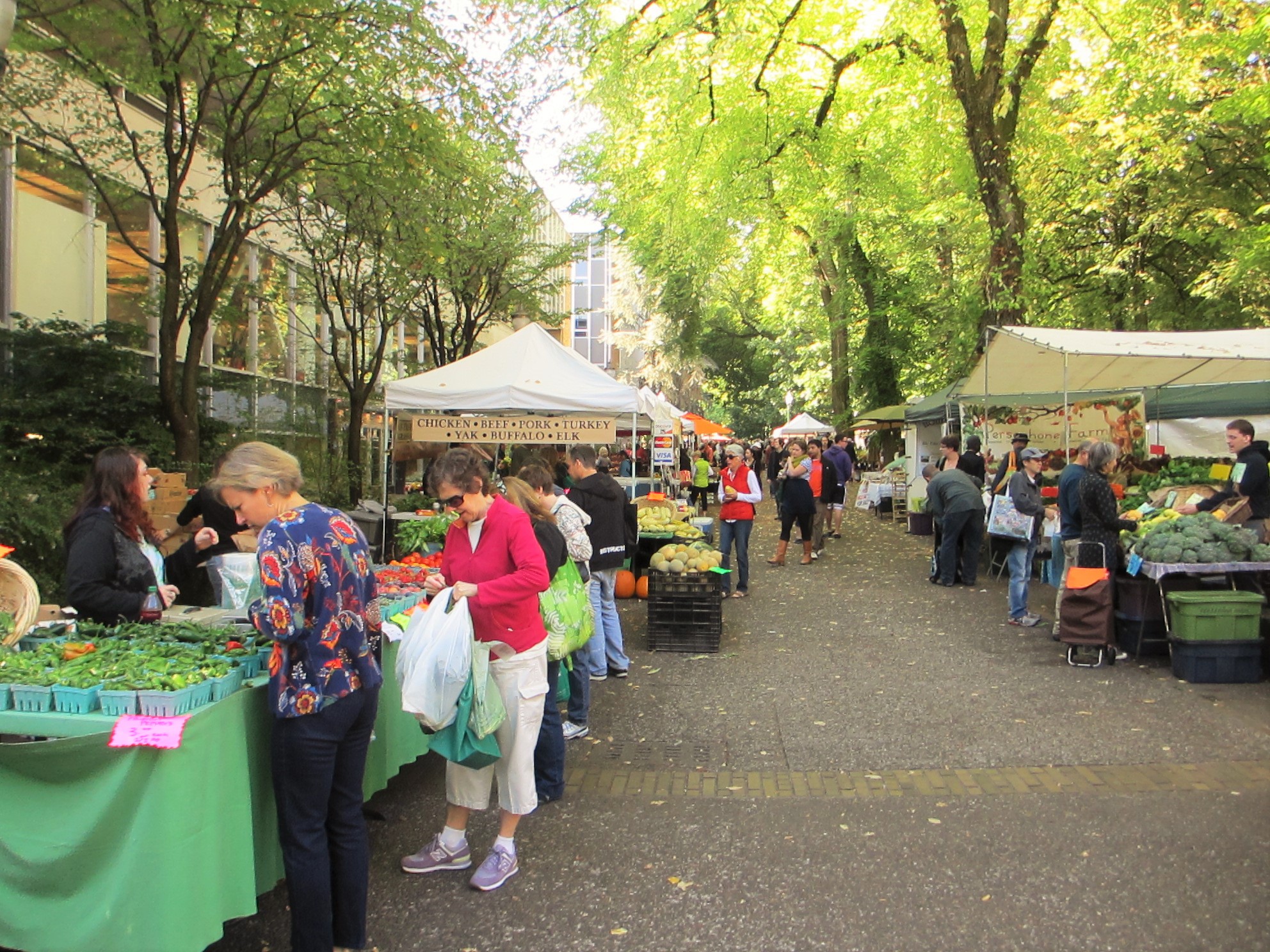 If you’re ever in the Portland area on a Saturday, not to miss is year-round Portland Farmers Market, located in downtown on the Portland State University campus. Not only will you find local chefs shopping here, there’s also 200 rotating vendors, cooking demos, kids’ activities, live music and a veggie valet where you can drop off your heavy produce while you continue to shop. This market is extremely popular, with up to 20,000 visitors during the height of the season. Named Best Farmers Market in 2012 by The Oregonian newspaper, this market is held every Sunday in May through October in the charmingly eclectic architecture of historic downtown Milwaukie, a southern suburb of Portland. Since opening in 1999, the market has grown to include 75 vendors and regular live music. Casual and low-key with loads of fresh produce and handmade fare kids will love, it’s a wonderful choice for families. Home to 250+ vendors, downtown Vancouver’s market is the second largest in Washington state, a veritable juggernaut of ripe produce, fresh flowers, baked goods, artisan foods, home accessories, pet treats and more. It’s open Saturdays and Sundays in the lovely 5-acre Esther Short Park, rain or shine, from mid-March through October. And unlike many markets in the region, Vancouver welcomes pets. 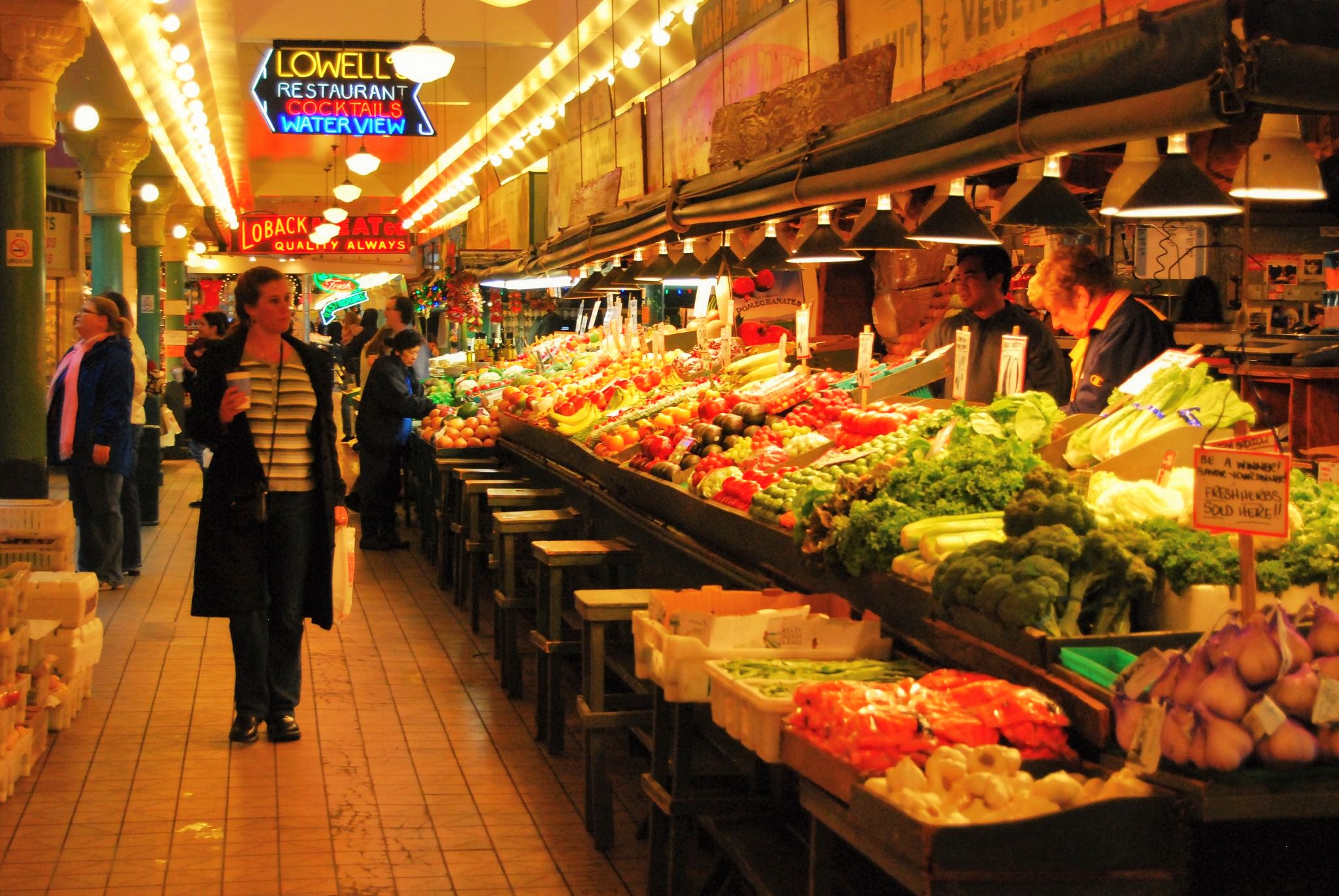 Seattle’s famous year-round farmers market, established in 1903, is a bustling 9-acre labyrinth filled with stalls, shops, winding alleys, stairways, sitting areas, lower level booths and restaurants. You may see a crowd huddled in front of Pike Place Fish Market, under the iconic red “Public Market Center” sign, waiting to see one of the mongers catch a flying fish. Along with delicious produce, you’ll find a wide array of specialty foods, like Pappardelle’s Pasta (try a sample of the Dark Chocolate Linguine) and Beecher’s Handmade Cheese. This small Victorian maritime town, situated on the northeast tip of Washington’s Olympic Peninsula, is home to not one but three farmers markets. At the main market, held on Saturdays April through December, are over 70 vendors, including 40 farms, dozens of artisan foods and a treasure trove of arts and crafts. Wednesdays is the more casual farm and food only market, perfect for a quick dinner or mid-week grocery stop, runs mid-June through mid-September. Since 1994, Boise’s original farmers market has brought Idaho growers and consumers together. Today, the market’s 150+ rotating vendors line four blocks of 8th Street in scenic downtown Boise, on Saturdays mid-April through mid-December. You’ll find everything you need to feed body and soul, from organic produce grown by local urban farmers to nature-inspired fused glass art. And don’t forget to grab a yummy Dutch cookie from the Touch of Dutch stall.