Best Places for Storm Watching in the Northwest

The Northwest coastline is ruggedly beautiful any time of the year, but it’s especially magical in the winter, when a storm blows off the Pacific, creating a raw and captivating spectacle with howling winds and waves crashing against the driftwood-filled shorelines. There are few better ways to pass a winter’s day than storm watching, and these destinations offer some of the best places for storm watching in the Pacific Northwest.  Bring a raincoat! 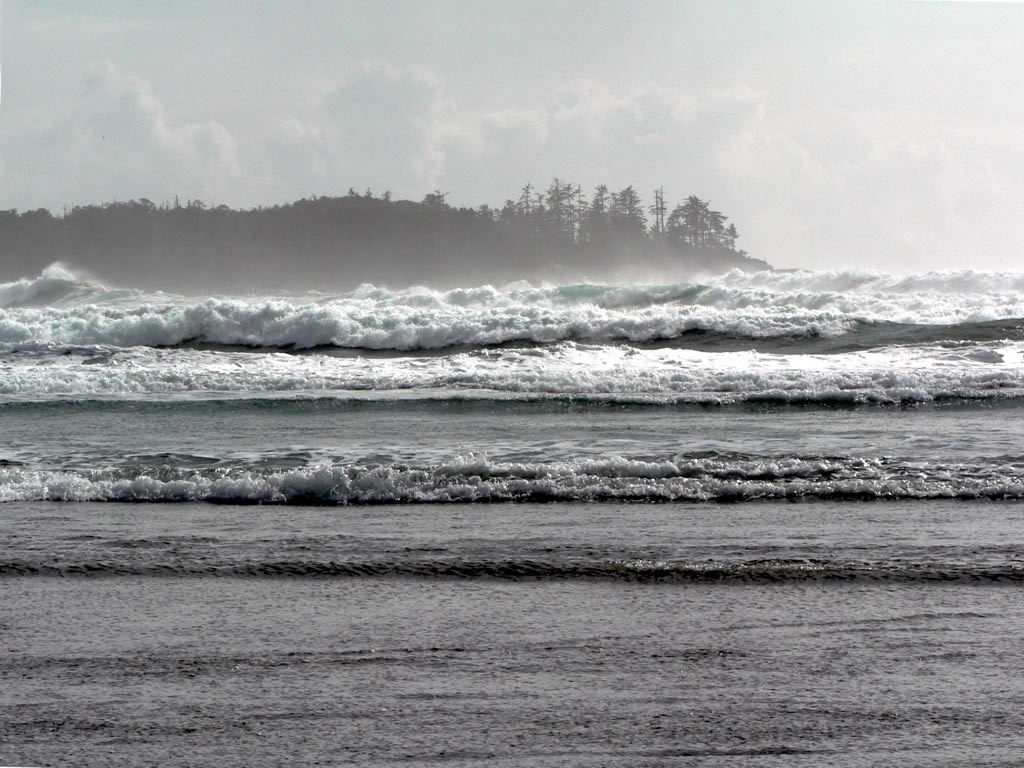 Storm watching is what attracts countless visitors to come to Tofino between December and February. In fact, some say the idea itself was birthed right here along the west coast of Vancouver Island. The changing tides, the wind, rain and sun all come together in a way that makes no two storms the same. Looking as if they’re as light as matchsticks, huge driftwood logs are tossed around the beaches by powerful tides, while the wind-sculpted trees lean into moaning winds. Inland, the rain pitter-patters across the temperate rainforest floor, while the occasional sunburst joyfully breaks through the canopy of trees.

Some come to passively observe the storm from inside, in places like the luxurious Wickaninnish Inn, next to the warmth of a roaring fire, or one of the many oceanfront restaurants along the coastline, while others don their most protective storm apparel and immerse themselves into the middle of the elements. 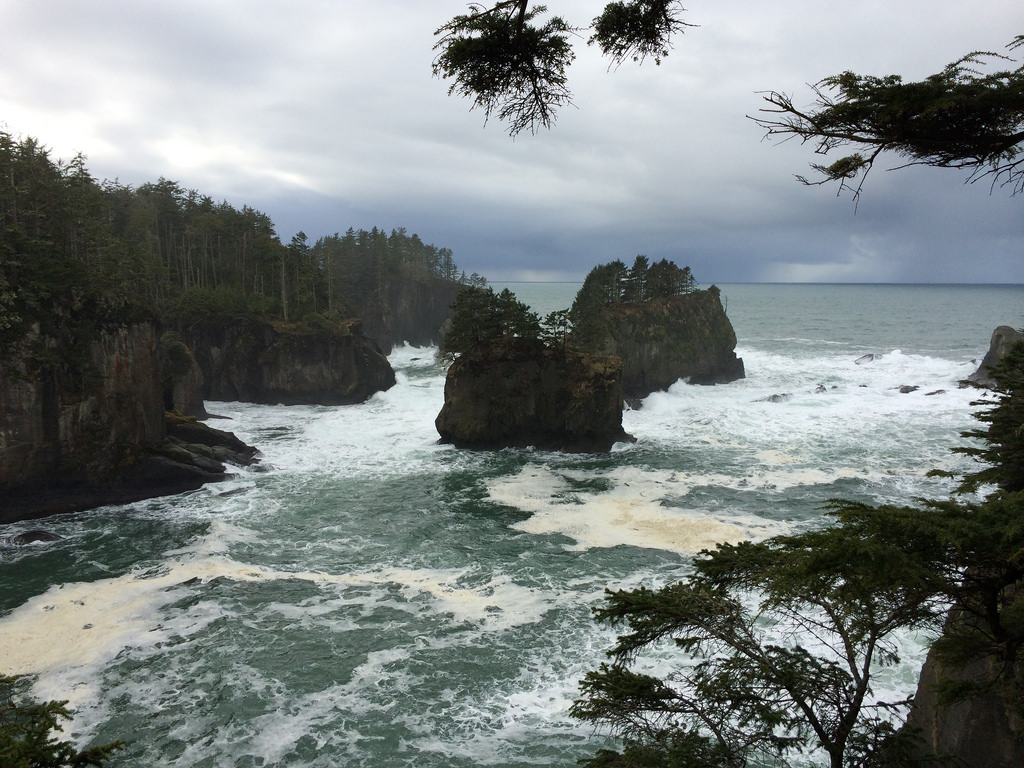 There are few better spots in Washington State for serious storm watchers than the lookout at the end of Cape Flattery Trail. The northwestern-most point in the continental United States, this is where the Strait of Juan de Fuca meets the Pacific, protruding into an ocean of tumultuous waters. There are four viewpoints at the end of the easy three-quarter-mile trail, and from any one of them you can watch the storm-driven waves crash into Tatoosh Island and the base of the cliffs as seabirds reveal themselves to be the supreme masters of weather management. Dress for the moisture and cold, and be prepared for an especially exhilarating experience on the wild Pacific coast.

Nearby at Hobuck Beach Resort, you can enjoy more storm watching from the comfort of a cozy cabin, which boasts unobstructed ocean views. 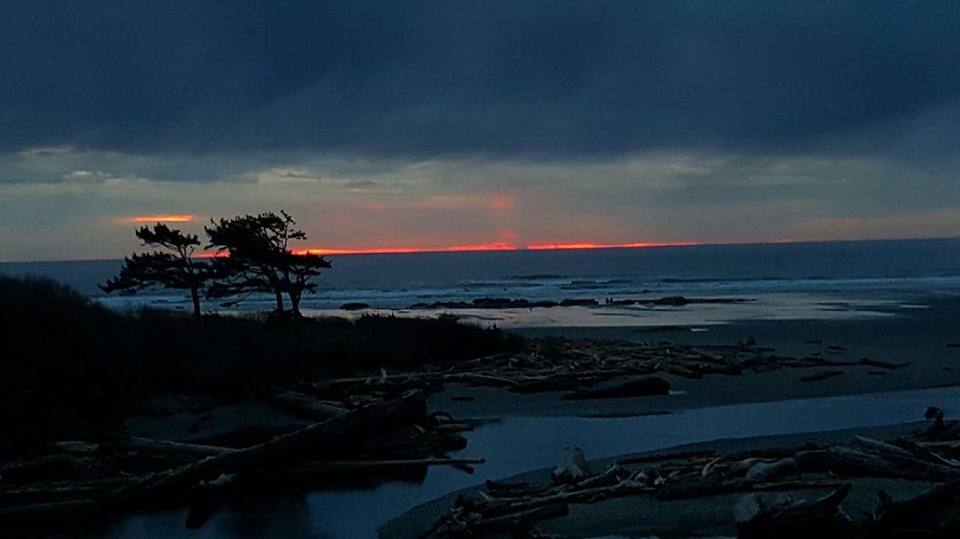 Thanks to the many winter storms, beachcombing at Kalaloch is some of the best you’ll find on Earth. The huge storms washes objects from halfway around the world right onto the beach, including the occasional prized Japanese glass fishing floats. If you have an RV, camper or trailer (or if you’re especially brave and willing to risk it, a tent), you can camp in the bluff-top sites at Kalaloch Campground for some of the best views around. Kalaloch Lodge also has excellent rooms and bluff-top cabins for watching the waves and the weather. Just down the road at Ruby Beach, you can watch the storm surge crash against the sea stacks and push the water up Cedar Creek. 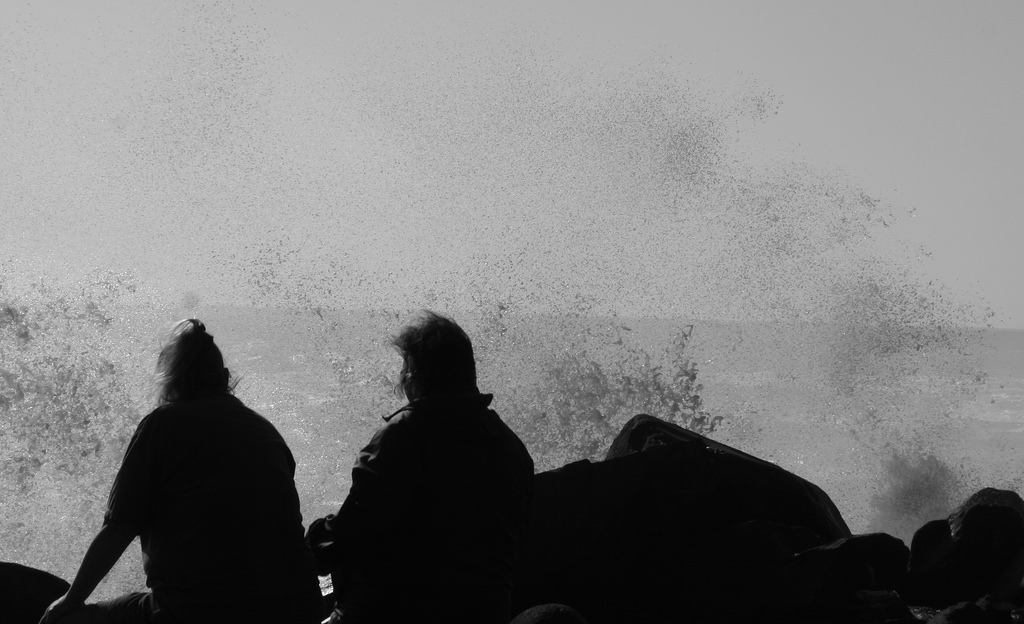 This resort community offers lots of hotels and other accommodations where you can do some great storm watching, including the recently opened five-star Collins Inn & Seaside Cottages. Perfectly situated near the jetty, it offers an ideal vantage point for the storms that can roll in with winds of up to 100 miles an hour and waves that can stretch up to three stories high. While you might see a few people venturing out onto the rocks right in the middle of a storm – don’t follow them thinking that it’s safe – it’s very dangerous and could very well be the last thing you ever do. 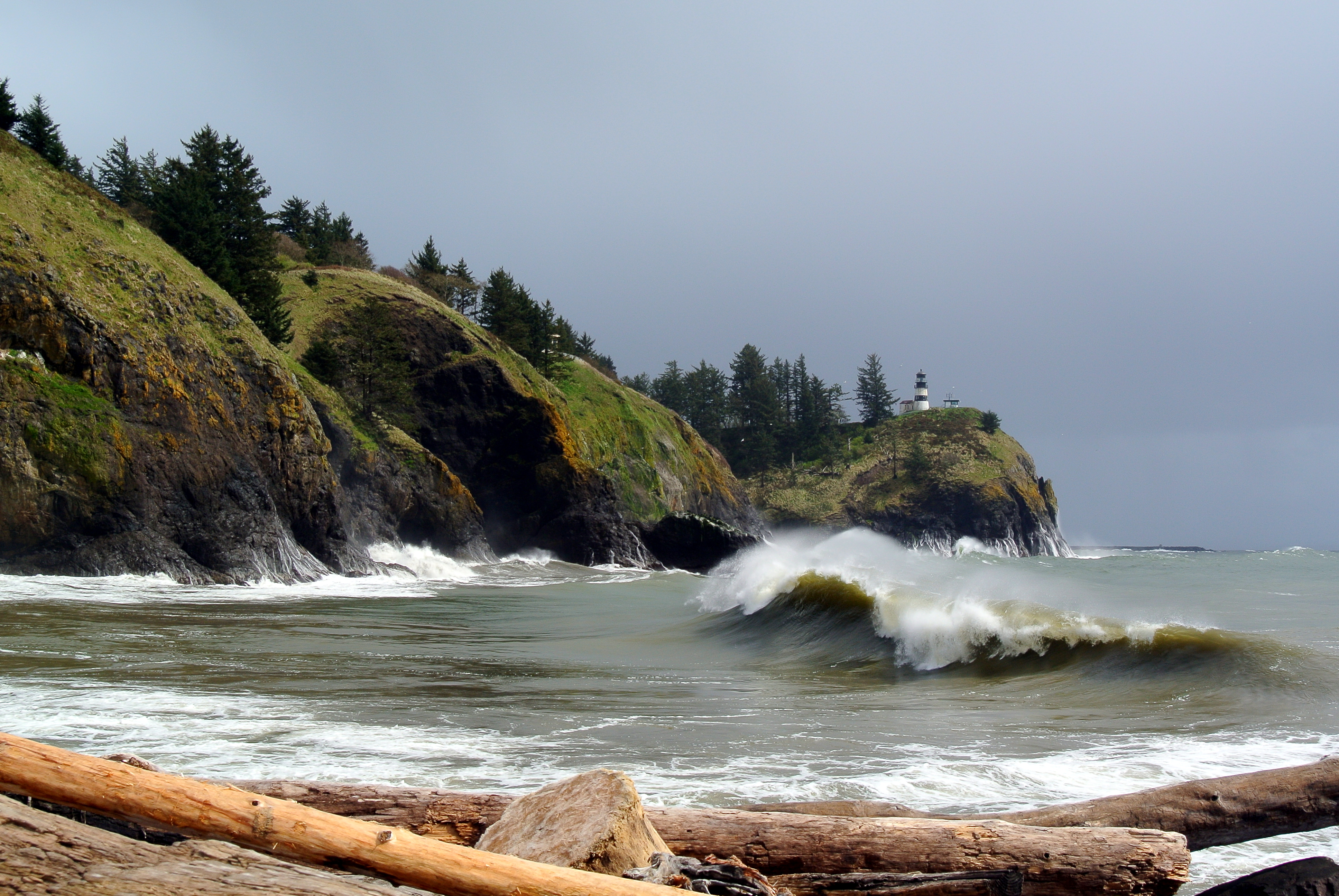 If you like lighthouses and storms, Cape Disappointment may be your ideal spot as it has not one, but two lighthouses: North Head and Cape Disappointment. Both are great places to watch the waves that can toss spray as high as 100 feet into the air. The weather station at North Head even recorded wind speeds of 126 miles-per-hour at one point. Waikiki Beach, along the peninsula is another great place to watch the storms roll in.

The park offers campsites and cabins as well as an interpretive center for learning about the area’s fascinating history. If you’d rather stay in a hotel, there are lots of lodging options nearby in Long Beach and Ilwaco. 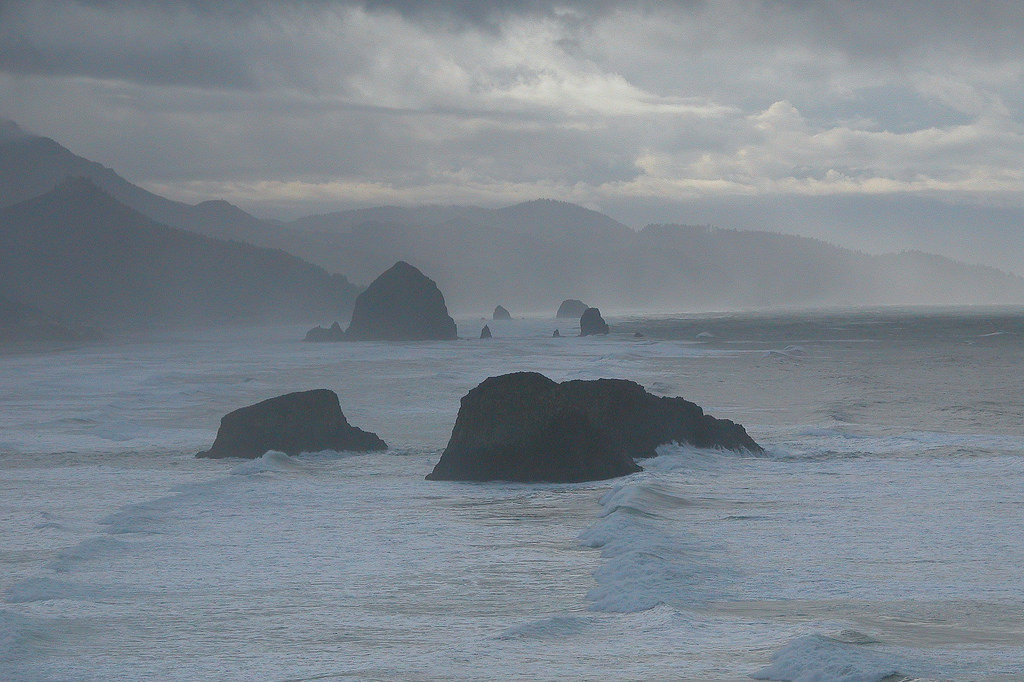 Located along Oregon’s breathtaking northern coast, winter in Cannon Beach not only brings fewer crowds, but spectacular storms that allow visitors to enjoy the sights and sounds of the waves as they crash against the sandy shores and iconic Haystack Rock. Between mid-December and mid-January, when the weather is calmer, you might even catch a glimpse of a gray whale or two passing by during their annual migration. This is also a fantastic spot for beachcombers as the high tides and storms frequently bring both natural and manmade treasures, including the occasional vintage, glass-blown fishing net floats. If you book an oceanfront room of Stephanie Inn, you’ll enjoy a front row seat of all the action. 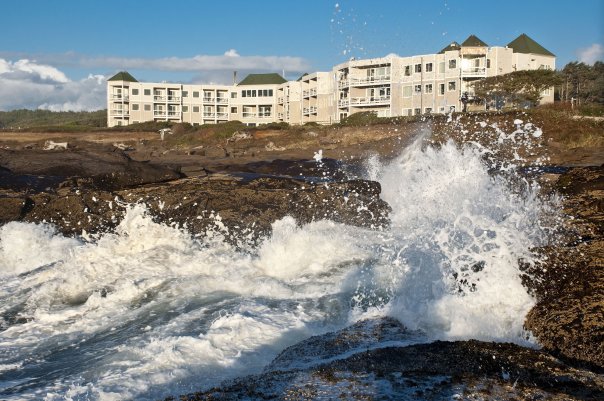 The town of Yachats is one of the most alluring spots on the central coast of Oregon, nestled between the rhythmic waves of the Pacific and the forested mountains of the Coast Range. It offers lots for storm watchers, including the opportunity to stay at the Overleaf Lodge & Spa, located atop the cliffs, providing an unparalleled lookout for the squalls that come in as well as a full menu of spa services. Spend a day pampering yourself with massages and other treatments, and then allow the healing powers of the sea and its presence just beyond the windows of your suite transform your soul.The Grand Pacific Suite not only offers jaw-dropping Pacific views, but a three-way fireplace.