Where to Find the Best Soups & Chowders in the Northwest

While there is nothing like the Northwest on a beautiful sunny day, there are positives that come with those wet, chilly days too – like warming up with an amazing cup of hot soup or steaming bowl of chowder.

Thankfully, there are an abundance of places to do just that, but if you want to enjoy the best of the best, here’s where you should go.

We’re guessing that it was that big pot of chowder in the featured image that drew you in to find out where you could pick some of that up, and the answer is Pike Place Chowder. This stuff is what legends are made of, in fact, its award-winning soup is one of Pike Place Market’s legacies. One taste and you might just find yourself dreaming about moving nearby as there is really nothing like it that can be had anywhere else – and, yes, that includes San Francisco. The delicious choices can be a bit overwhelming though. How to decide whether to get the traditional New England clam Chowder, the Smoked Salmon Chowder, the Seared Scallop Chowder, the Crab and Oyster Chowder… well, fortunately, you don’t have to. You can get a sample, which includes four 5 oz cups of the chowders of your choosing. 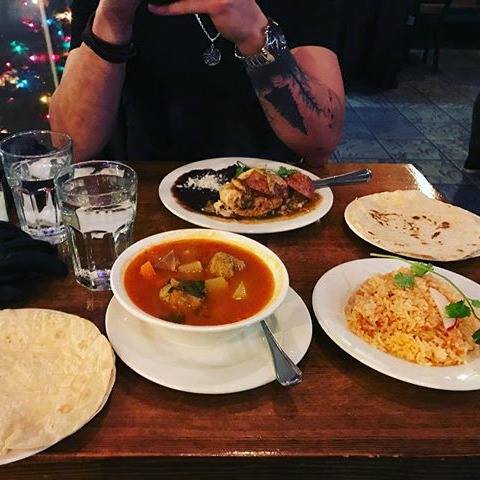 Want something a little more spicy hot? This Capitol Hill eatery serves up an amazing bowl of pozole, a traditional Latin American soup that’s been enjoyed since pre-Colombian times. There are many variations on the basic recipe, but the foundation of all recipes is hominy or nixtamal, dried corn that is treated with an alkali like lime. La Cocina’s is filled with pork and rich in Mexican flavors, served with soft tortillas and a lime. It goes especially well with a cold Mexican beer. 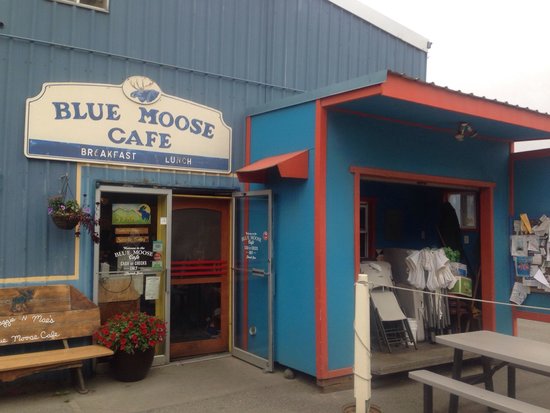 While it may be a little out of the way for some, the chowder at Blue Moose Cafe is worth the trip to Port Townsend on its own. If you’ve ever been there, you know you really don’t need an excuse, but this will give you just one more reason to go. People come from all corners to indulge in the homemade chowder in this tiny, hole-in-the-wall kind of place near the marina. Many remark that it’s the very best they’ve ever tasted. You’ll have your choice for four types: clam, seafood, Dungeness crab and Langostino lobster. Doesn’t matter what you pick, you’ll be in heaven after your first bite. 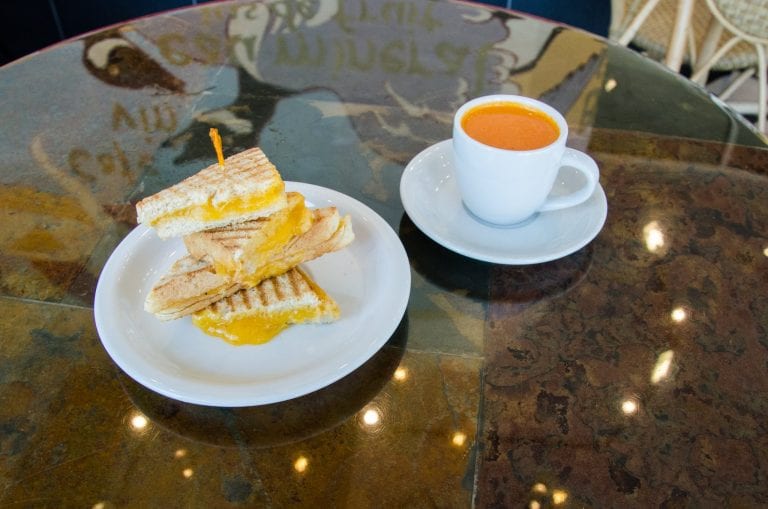 This downtown Portland deli is a cozy, often crowded eatery with an impressive lineup of soup made from scratch, although its signature Mama Leone’s chicken soup is a favorite. The tomato orange and Jamaican coconut curry soup are mouth-watering too! Don’t let the line deter you, it’s worth the wait and it moves quickly. 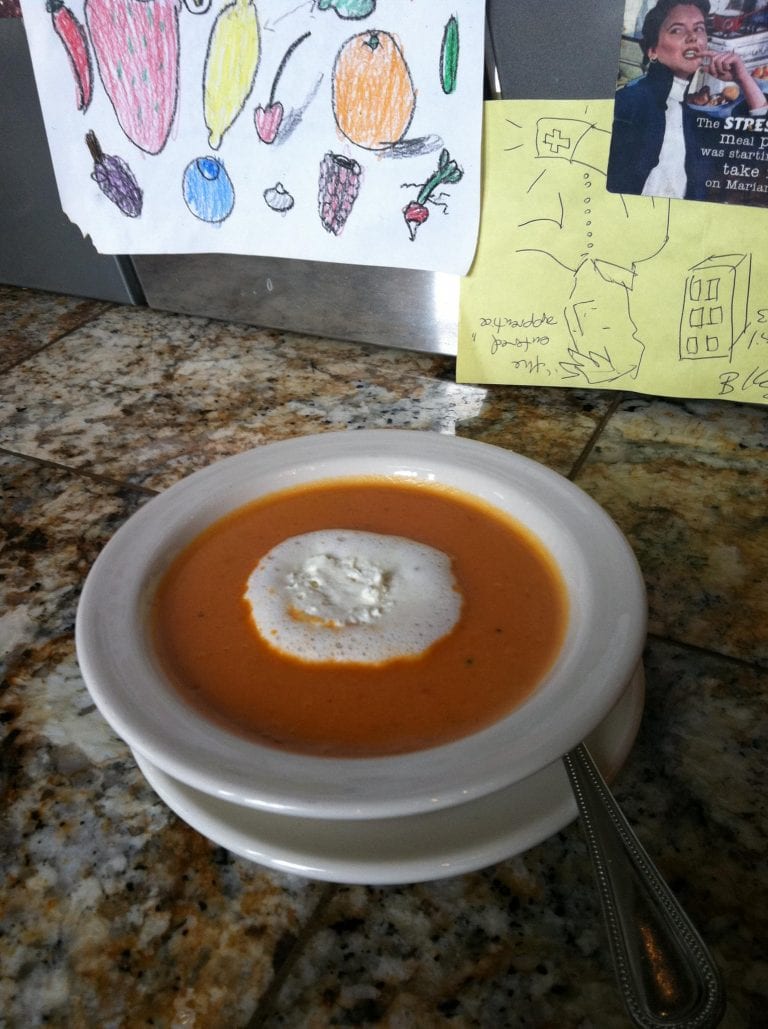 If you love clams but don’t love all of that cream, head to Mother’s Bistro, which serves Manhattan clam chowder with a fish stock and tomato base instead of roux and cream. It’s lighter, a little healthier and absolutely yummy. Diners come from far and wide just for a taste. The tomato bisque with crème fraîche is to-die-for too. 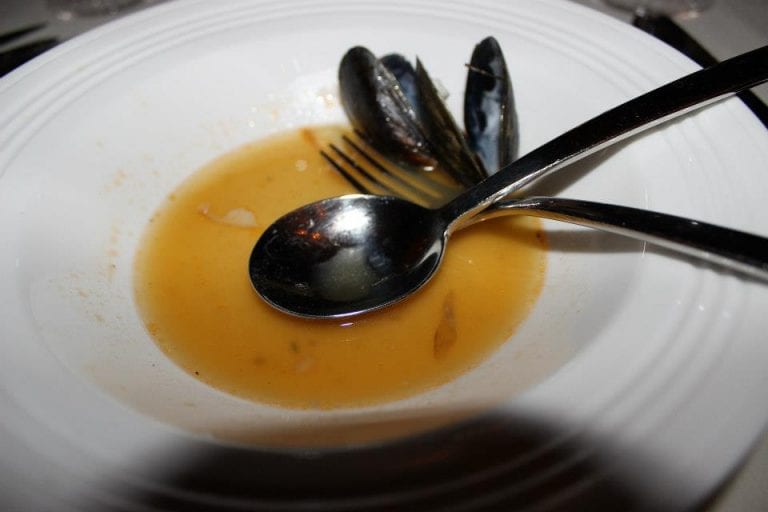 If you head to the Oregon coast, don’t miss Baked Alaska, a popular seafood spot along the Columbia River in Astoria. Just don’t go if you’re dieting as it’s famous for its very buttery chowder, you know, like Julia Child would have cooked up – exclaiming it has just “a little bit of butter,” while throwing an entire stick or two into the pot. Yes, it’s SO rich, but it is SO good, which is why no one can seem to wait long enough to dig in to capture a picture before it’s gone…

For authentic New England-style chowder, visit Driftwood in Cannon Beach, a 70-year-old restaurant with a fire pit on the patio. It’s always fresh, and loaded with clams. In fact it’s pretty much all clam. There is no bacon, just East Coast clams, clam juice, roux, onions and celery. 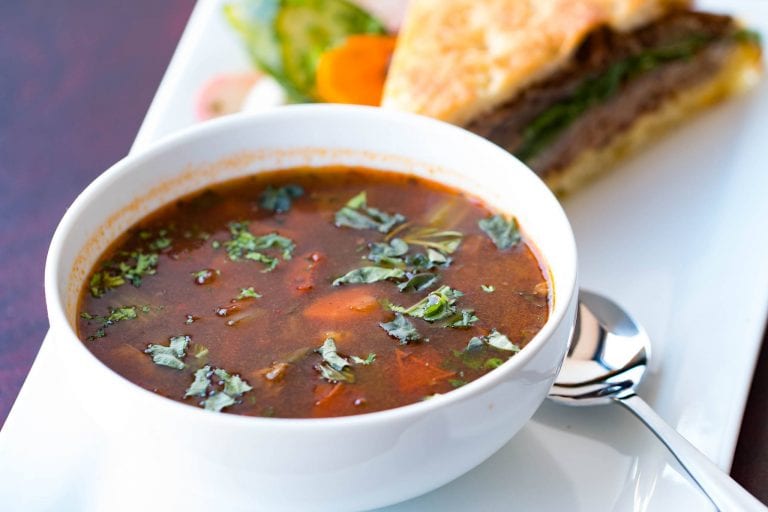 Jenny’s has been named the Best Soup in Boise by locals, thanks to the made-from-scratch soup that offers “unparalleled freshness,” according to the establishment’s loyal customers. All are made using the finest local ingredients whenever possible to create some of the most nutritious and delicious soups around. 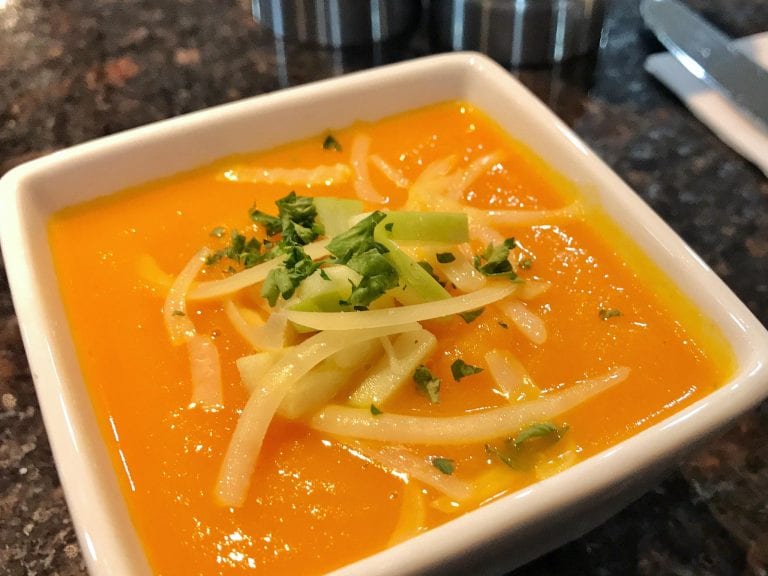 Looking for soup to go? This Idaho Falls eatery offers a healthy alternative to typical fast food, with everything made from scratch using locally sourced ingredients. While specials change daily, the grilled cheese special with tomato basil soup is ideal when you’re looking for something comforting and nutritious. The Hungarian mushroom and chicken coconut curry soups are fabulous too, as is the carrot sriracha soup, which is also vegan and gluten-free.