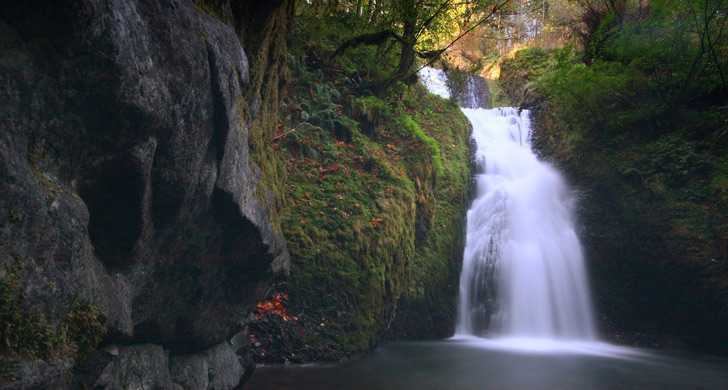 Thankfully, most our favorite sights have since reopened, and perhaps we’ll appreciate them just a little bit more after such a devastating disaster.

These Best of the Northwest Columbia Gorge favorites are all open now. 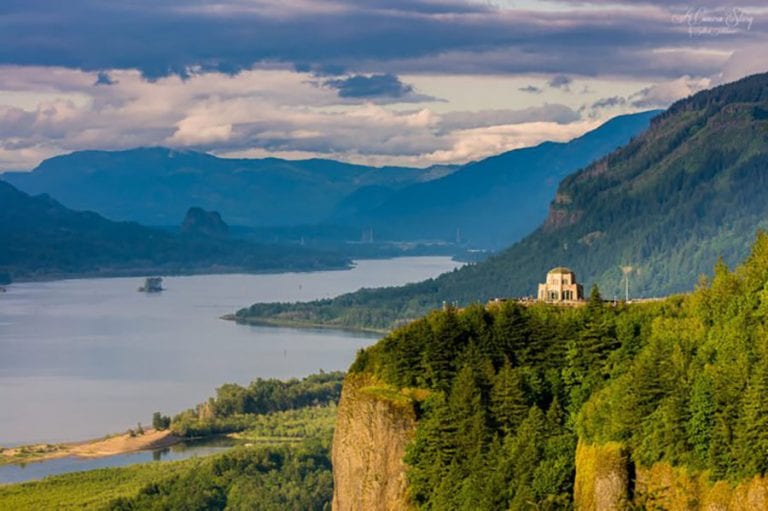 Crown Point is one of the top spots for spectacular views of The Gorge and the river itself. This is also where Vista House is located,  constructed in 1917 to provide travelers a place to rest and refresh themselves along the way. It stands 733 feet above the river, and volunteers offers tours so you can learn about its architecture, find out more about the Historic Columbia River Highway, the Columbia River Gorge, the area’s geology, flora and fauna, and other attractions in the region. 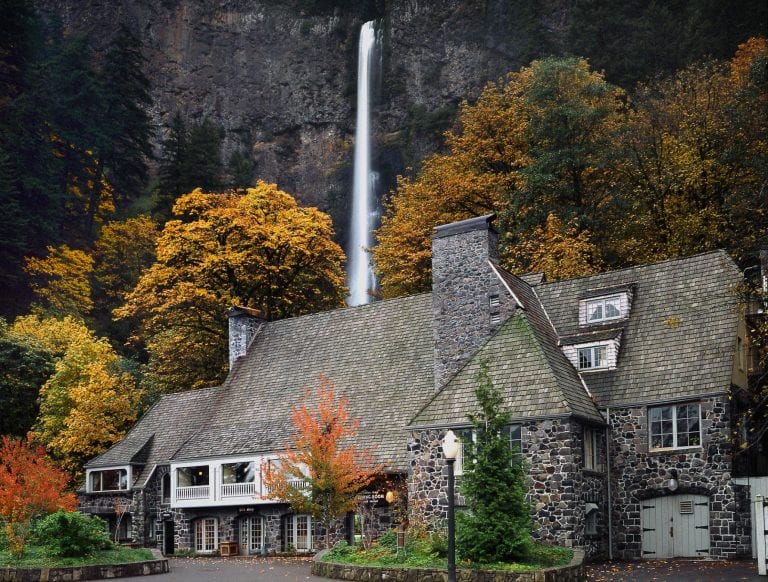 The historic Multnomah Falls Lodge finally reopened earlier this month. While it doesn’t offer overnight stays, it’s a fabulous place to visit, featuring an interpretive center, a great gift shop, snack bar and espresso cart. You can also access a path that leaves to the top of breathtaking Multnomah Falls,  with its two steps of 542 feet and 69 feet that will be just as beautiful as ever. 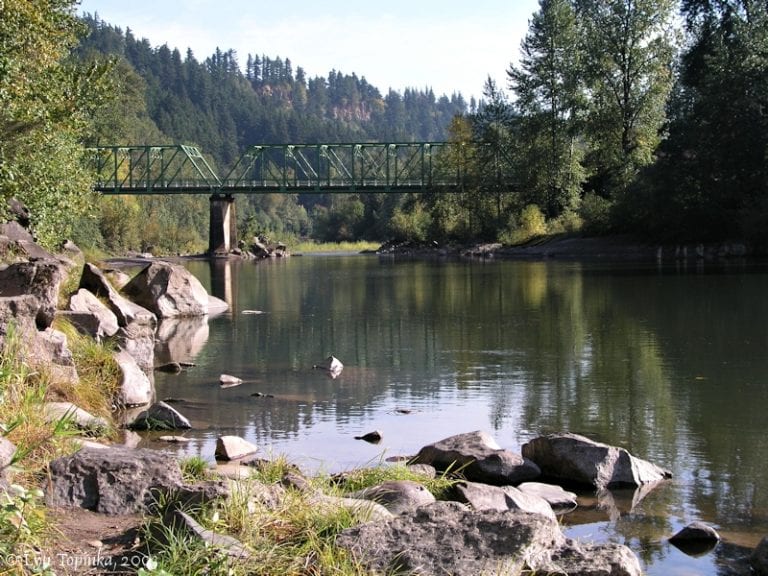 Situated at the western gateway of The Gorge near the mouth of the Sandy River, Lewis & Clark State Park is an ideal place for a picnic in the tree-filled park, and it’s also one of the most popular places to swim. There are hiking options too, with a trail climbing the cliffs up to Broughton’s Bluff, a  geologic boundary between the foothills of the Cascade Mountains and Willamette Valley. 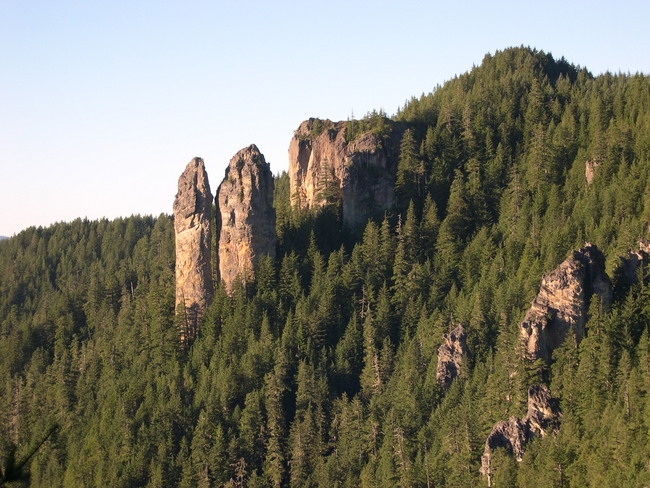 Rooster Rock State Park sits just east of Corbett. It’s best known for Rooster Rock, a basalt column that forms a natural obelisk. Located on the south side of The Gorge, explorers Lewis and Clark noted it in their journal as the place where they camped back in 1805. The column’s original name was Cock Rock, for obvious reasons, but it was changed later to avoid offending the public. In the eastern section of the park, you can enjoy one of the few clothing optional beaches in the state.

Bridal Veil Falls Scenic Viewpoint is open too. Located in Bridal Veil Falls State Park, it’s also a great place for a picnic, and there are some nice grassy areas for throwing down a blanket. The lower trail will bring you downhill to the base of Bridal Veil Falls about a half-mile away, where the elegant cascade can be best seen from the viewing platform. The creek rushes down from the top of nearby Larch Mountain, spills over the cliff and eventually into the Columbia River. 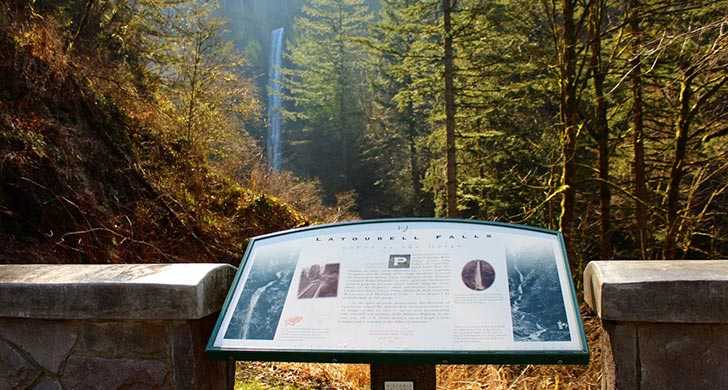 Guy W. Talbot State Park is located near Troutdale. It’s best known for housing Latourell Falls, but it stretches west to the Crown Point State Scenic Corridor. The picturesque park is great for picnics or just quiet contemplation. It’s often crowd-free due to its relative seclusion, even on a beautiful summer day.