11 Bone-Chilling Ghost Tours To Take in the Northwest 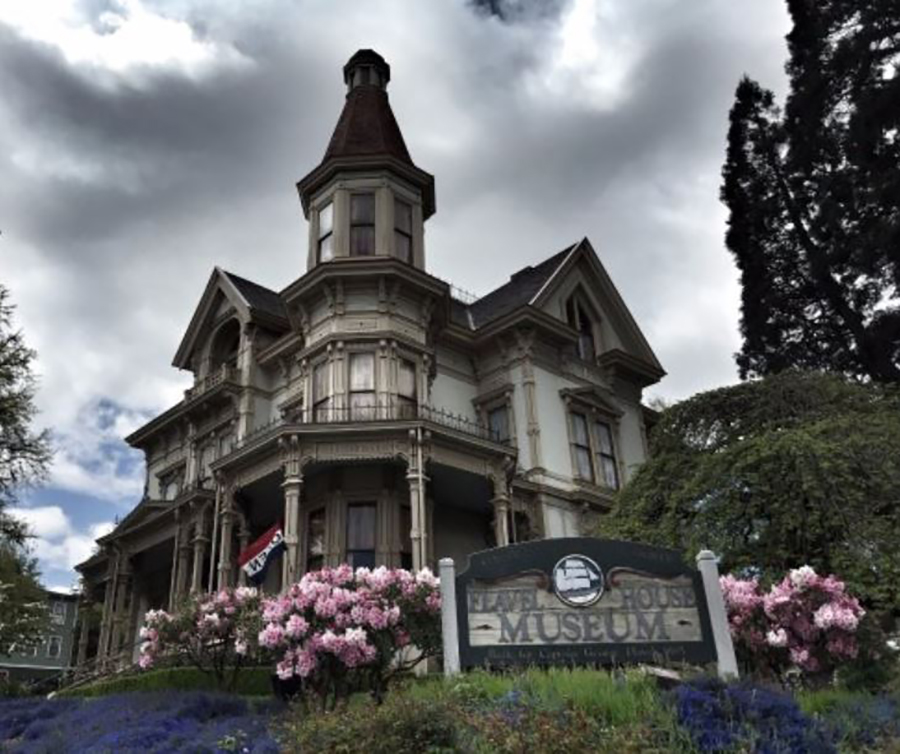 While there are many ghost tours that can be taken all year round, with the Halloween season here, now is as good a time as any to experience one or more of them. These are the most bone-chilling you may ever embark on – do so, if you dare.

Pike Place Market is not only famous for its seafood, fresh flowers and being a fabulous place to shop, it’s also known for being extremely haunted, which is not all that surprising considered it hosts a graveyard, the city’s first mortuary and an old brothel. Take the Market Ghost Tour where you’ll learn about the Market Theater where the laughter of orphans no longer of this world can still be heard, and listen to the tale of the ghost of Chief Seattle’s daughter, Angeline, who is said to haunt the building.

Haunted History Ghost Tours are led by paranormal, occult studies and Pacific Northwest history experts. Take one to learn about unexplained, mysterious happenings in Pioneer Square. The stories that have been compiled by the organizations researchers and investigators come from local residents and visitors.

The popular Seattle Underground Tour hosts the Underground Paranormal Experience. In this experience, you’ll actually get to participate by being equipped with paranormal investigation gear and training before venturing into the famous underground, said to be packed with all sorts of spirits, to search for ghosts.

Twisted History Tours based in Port Townsend offers a disturbing twist on the history of the town, which includes tales of the ghosts that inhabit its magnificent Victorian-era buildings. Learn more by checking out our recent interview with tour guide Grymm.

Throughout the month of October, the Clark County Historical Museum hosts its annual Haunted Walking Tours on Fridays and Saturdays starting at 8 p.m. each night. The haunted excursions combine local myths, oral histories, and research on the city’s sordid past.

On this haunted tour, visitors are taking through the heart of the old red light district in East Portland for a 90-minute experience that includes scary real-life tales about the city, and the entire Pacific Northwest. It even includes attempts to contact those in the afterlife at two separate locations.

Northwest Ghost Tours will take guests on a two-hour walk alongside the spirits in downtown Oregon City or the historic McLoughlin neighborhood. There are special Halloween tours that last for two-and-a-half-hours around and along Main Street Oregon City, bringing attendees to some of the area’s most haunted places, including the Oregon City Elevator, Clackamas County Courthouse, the Tunnel, the Old 8th Street Dock and more. Added are Halloween tales as well as a special Halloween treat from Sweet Masterpiece Fine Chocolates.

This bizarre tour also offers the chance to join in on a real paranormal investigation. Taking place in Portland, departing from the Big Red Arrow Concierge Commons in the Merchant Hotel Building, guests will get an overview of the different types of spirits, including Residuals, Object Hauntings and Poltergeists. You’ll descend underground in an attempt to find Nina, a spirit that’s said to haunt the 1885 Merchant Hotel. The tour is offered on Friday, Saturday and Sunday nights, with family-friendly tours at 7 p.m. and 18 or older tours leaving at 10 p.m.

The Haunted Astoria Ghost walk departs from Pier 1 in Astoria and will bring you to a wide range of fascinating, haunted sites, including the Liberty Theater which is said to be haunted by a woman who spends most of her time in the bathroom, and a male ghost figure that enjoys watching the performances. It also includes the city’s most famous ghosts, found at the Flavel House Museum. Captain Flavel was Astoria’s first millionaire and it is said that his wife and daughters still roam the mansion.

These ghost tours will bring you to some of Lewiston’s most haunted historic buildings and passageways that lie underneath the sidewalks.

Hosted by American Heritage Tours annually in October, visitors take a 75-minute trip on the trolley, disembarking at two of the city’s most haunted locations on Friday and Saturday nights.