Breweries in the Northwest Beer Lovers Won’t Want to Miss 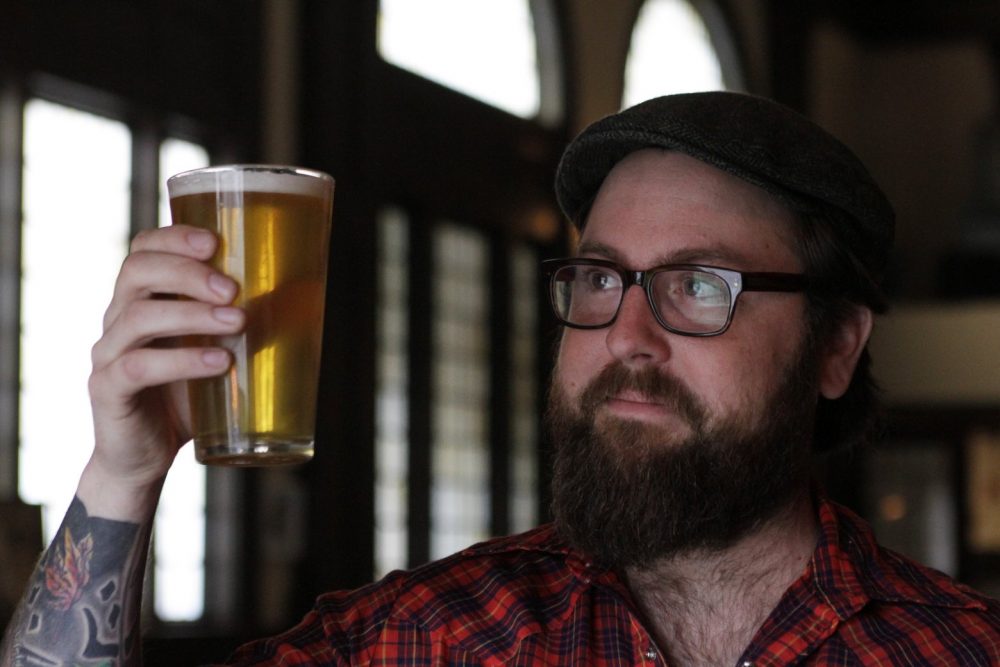 The Northwest is home to many of the country’s most forward-thinking beer producers, which means if you’re a brew enthusiast, you’ll have your pick of some of the very best when visiting here. The proliferation of craft breweries throughout the region is positively mind boggling, with new openings announced seemingly every month, which is why we’ve chosen some of our favorites that brew lovers won’t want to miss. 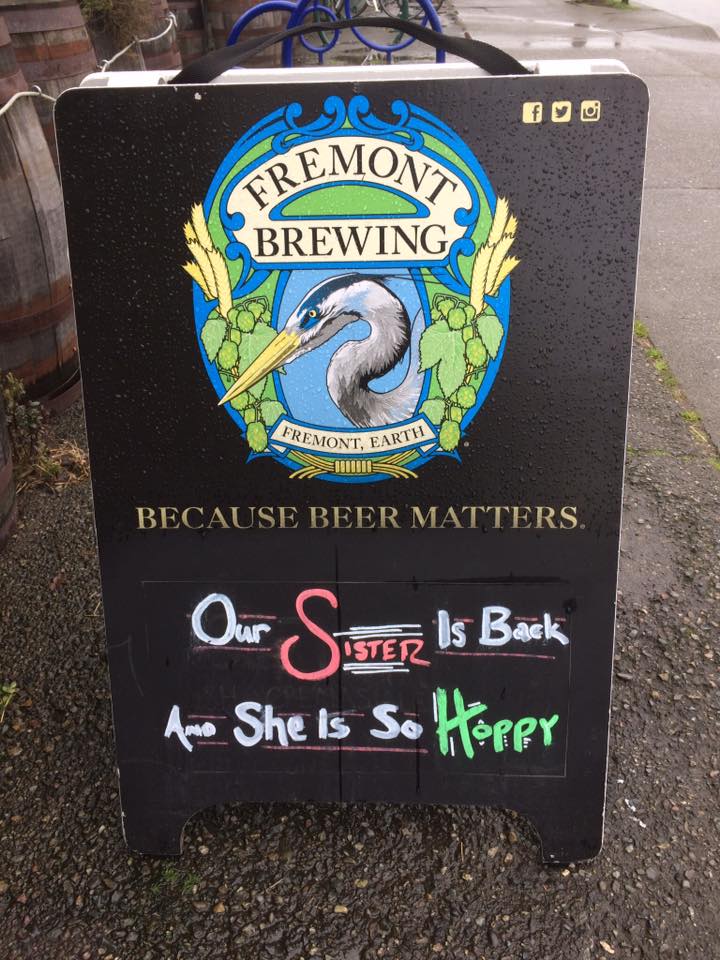 Seattle may best be known for its coffee, but it’s also home to a long list of small beer-makers, including Fremont Brewing, located in what some call the epicenter of Seattle’s brewing universe, the Fremont neighborhood, which is just north of downtown. It boasts one of the most consistently outstanding barrel-aging programs in the entire nation, and with its impressive track record you can be just about guaranteed that any new brew it comes up with will be incredibly tasty. Highlights include the Interurban Pale, named after the neighborhood’s most famous outdoor sculpture, and the Universale Pale Ale, a Northwest twist on the classic pale ale. 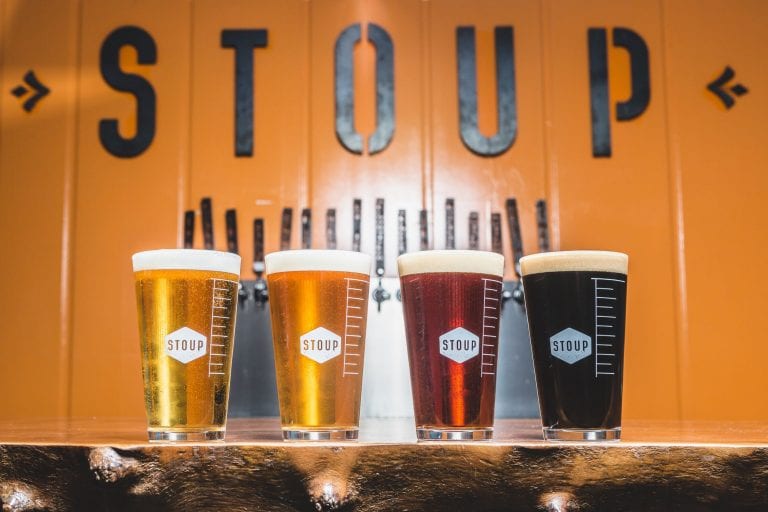 A stoup is a Scottish word for drinking vessel, and it’s also a Norse word for beaker, which explains the unique beaker-type glasses in which Stoup beers are poured. Former high school biology teacher turned brewer Robyn Schumacher, along with head brewer Brad Benson and his wife, Lara Zahaba, created a spectacular space for tasting Stoup beers, which includes a huge 10-foot bar made from a reclaimed walnut tree. Schumacher also happens to be a certified Cicerone, so it makes sense that the beers here are especially well-balanced. Favorites include the award-winning Robust Porter which is somewhat reminiscent of chocolates dipped in coffee. The sour Berliner Weisse with a shot of flavored syrup is fabulous too. 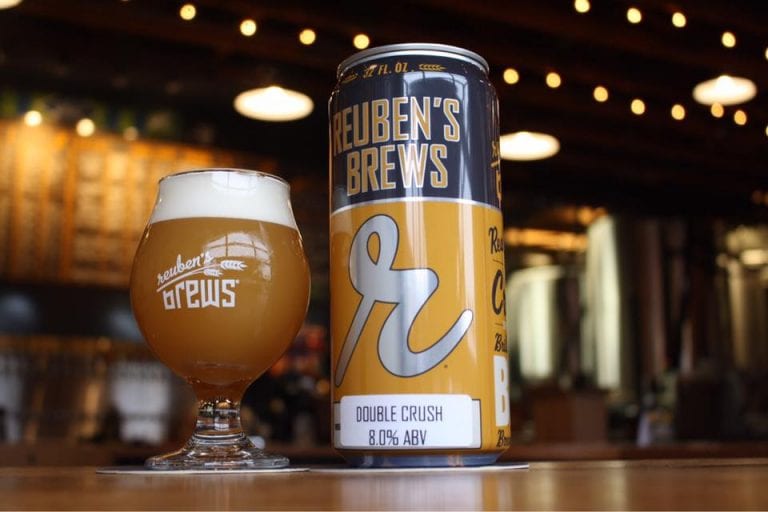 Opened just a few short years ago in a converted warehouse, Reuben’s Brews has already become one of the hottest breweries around. It was started by a 2012 National Homebrew Competition/2013 US Open Beer Championship winner who funded it via Kickstarter. The company has steadily expanded since, with a range of styles not often found at other breweries. The Crikey IPA and the Imperial Rye IPA are two of its top brews. 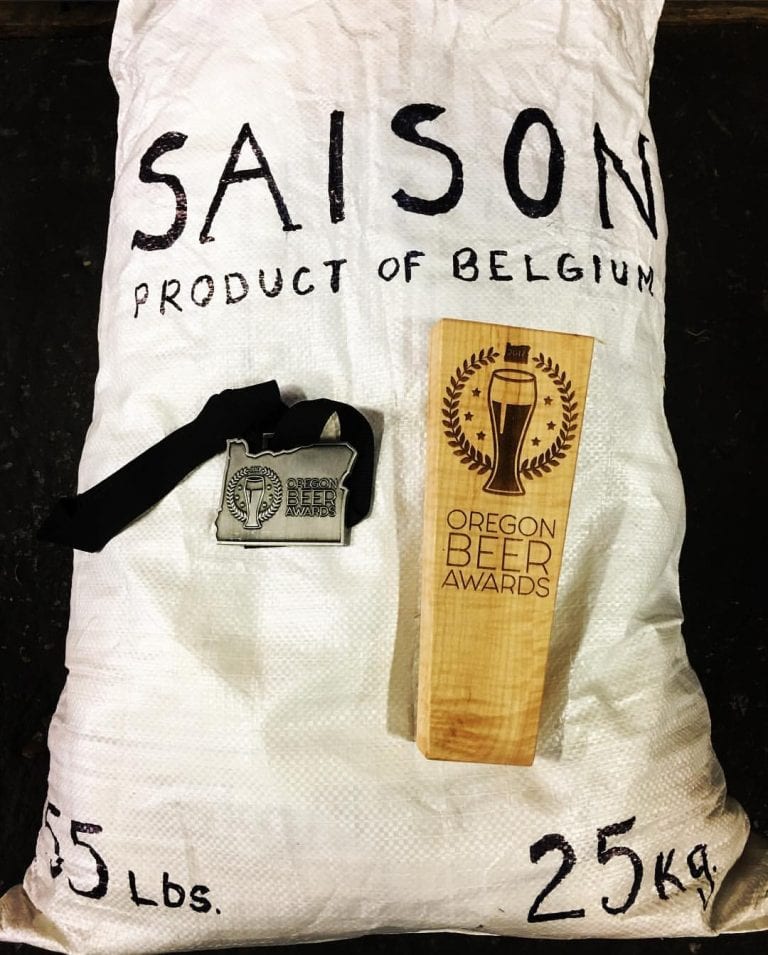 Often referred to as “Beervana,” Portland is home to more breweries than any other city in the world, so to standout is a true feat. The Commons manages to do just that. Starting out in 2010 in a garage, it aimed to brew less bitter beers than what can be found throughout much of IPA-loving Portland. It’s become famous for its bright and bubbly Belgian- and Danish-influenced ales, with popular year-round offerings like its flagship Urban Farmhouse Ale. Take a trip to its taproom and you can choose from 13 beers on tap as well as cheeses from its Cheese Annex, a mini cheese bar. 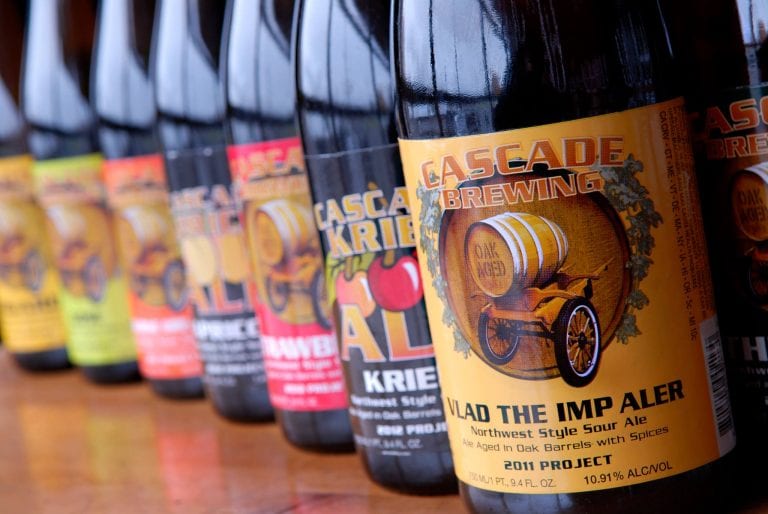 Cascade Brewing focuses on fruit-heavy sours and has become one of the country’s premier sour breweries, with small release brews aged in old wine and liquor barrels. Over the past decade, Cascade has perfected the art of blending and barrel aging, and in the process, has helped to usher in the sour beer trend here in the U.S. Sour heads love beers like Vlad the ImpAler, Kriek and Sang Rouge, so much so they’ve garnered cult status. Kriek is made by blending sour red ales that are aged with both Bing cherries and sour pie cherries for up to 17 months. It changes a little every time its brewed and aged, with its latest version extremely fruity – over 16,000 pounds of cherries were used in the batch and some say it’s the best ever. 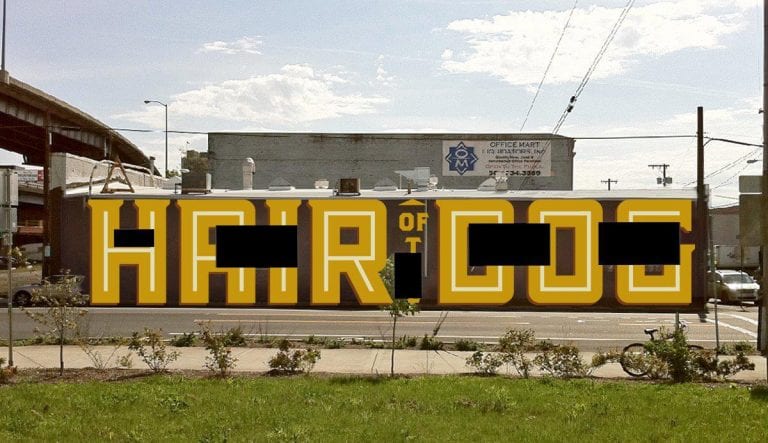 Hair of the Dog Brewery, Portland

Hair of the Dog is one of Portland’s pioneering craft breweries, and it tends to brew beers that are especially highly sought after as they age. Beer enthusiasts come from all corners of the globe to try some of the latest versions of Hair of the Dog brews in the taproom, most of which are high in alcohol and contain lots of complex flavors. Adam is its flagship beer, a re-creation of an historic beer style originally made in Dortmund, Germany. Fortunately, the taproom also offers a food menu that was created to pair perfectly with the potent brews. 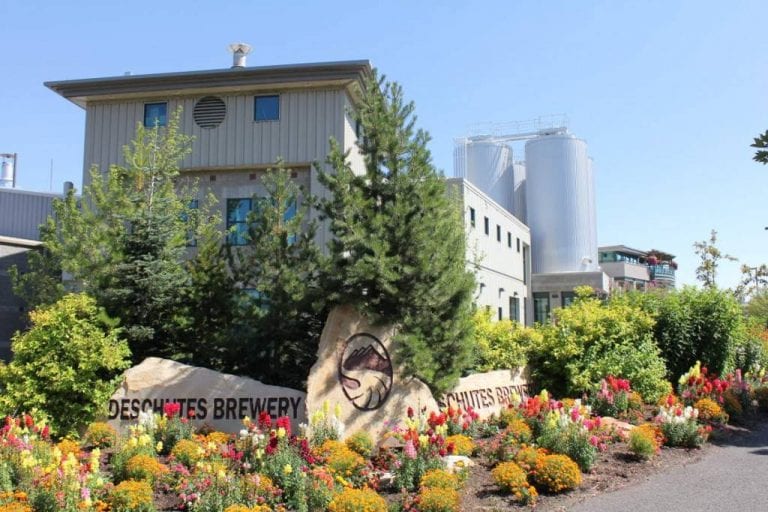 Bend, just east of Oregon’s Cascade Mountain Range, has been called “Beer City, USA,” and it’s been giving Portland a run for its money. It’s best-known brewery, Deschutes, has been around since 1988. It’s become an Oregon powerhouse with classics that are meant to pair with the region’s active lifestyle, including the flagship Mirror Pond, the highly drinkable Obsidian Stout, and the best-selling porter in the U.S., Black Butte. Its Abyss, an imperial stout released every December, is often rated as Oregon’s very best beer. You can taste some of its offerings at the Deschutes brewpub in Bend, with 19 taps pouring mostly familiar classics. 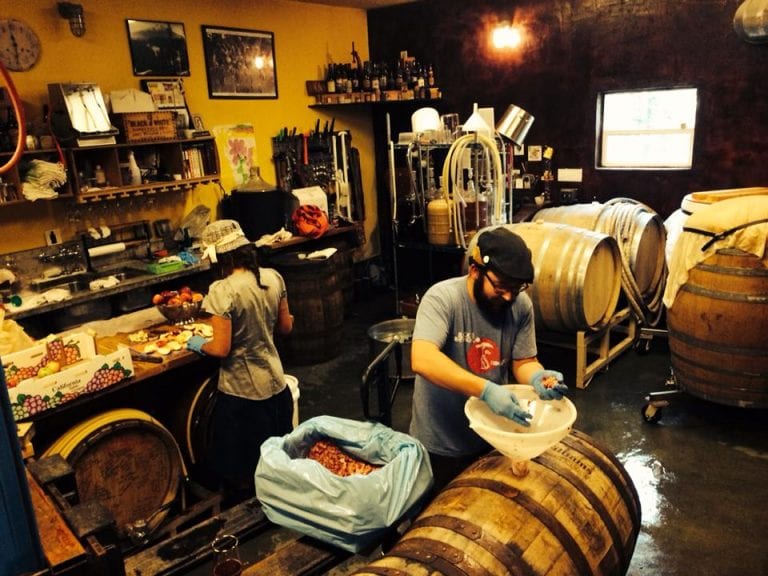 This aptly named brewer blends alcohol with ancient medicine for classic ale-style production – in fact, the company separates the grain and the wort of its traditional Finnish-style beer in a 200-year-old hollowed out spruce tree that fell onto the property to produce what’s been called one of the most unique beers in the world. Owner Paul Arney is descended from 3 generations of independent drug-store operators, hence the brewery name. He says he “strives to create beers that embody the spirit of the last 2,000 years of cottage and farmhouse beer; unpredictable, wild, and totally independent.” 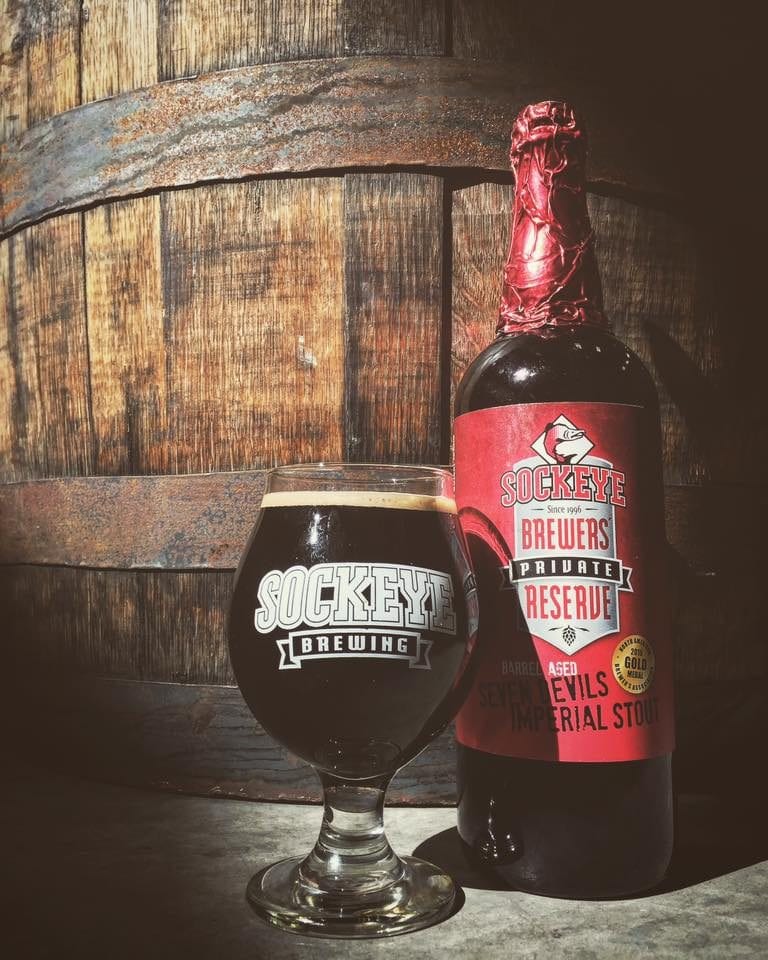 Sockeye Brewing is an award-winning brewery with multiple medals earned from the North American Brewer’s Association, including two Golds for its barrel-aged beers recently, bringing its total to 132 medals overall. It’s been around for a little over two decades now, and has evolved into one of the state’s top breweries. The Dagger Falls IPA is its flagship beer, known for its strong citrus and pine hop presence from five different types of hops. There are currently two locations in Boise, both housing a wealth of seasonal brews and tasty cuisine. At the original pub and grill, you can enjoy live music while sipping a brew outdoors on the patio. 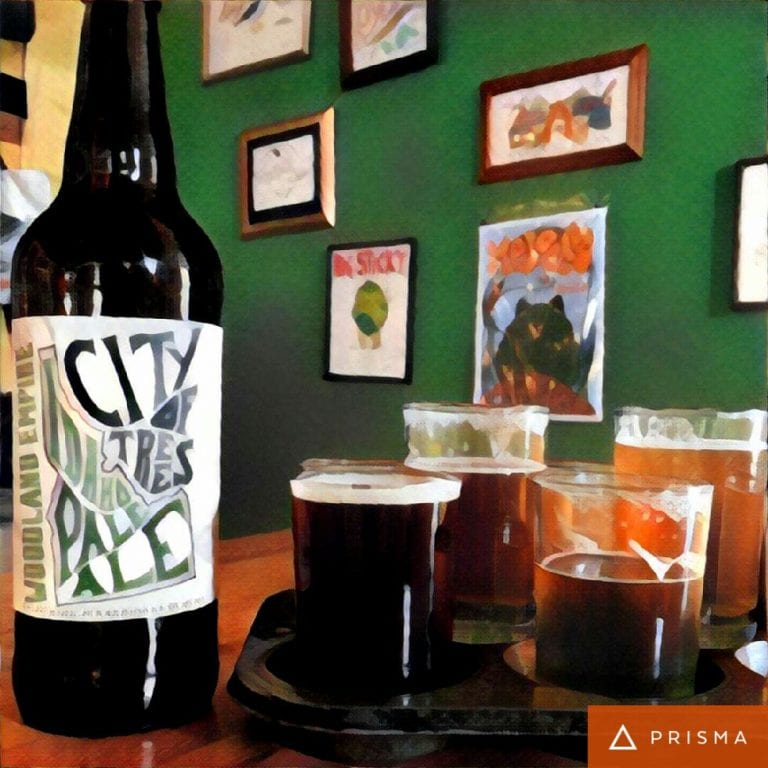 Woodland Empire is known for its artisan beers brewed in small batches in downtown Boise, offering a pure beer experience.It offers a diverse array of brews, the second most behind Sockeye, from its Morning Coffee Mild, an English-style dark, mild brewed with coffee to its Melorado IPA, featuring El Dorado and German Hüll Mellon hops, and loaded with melon, tangerine, lychee, white grape, kiwi, and tropical fruit.