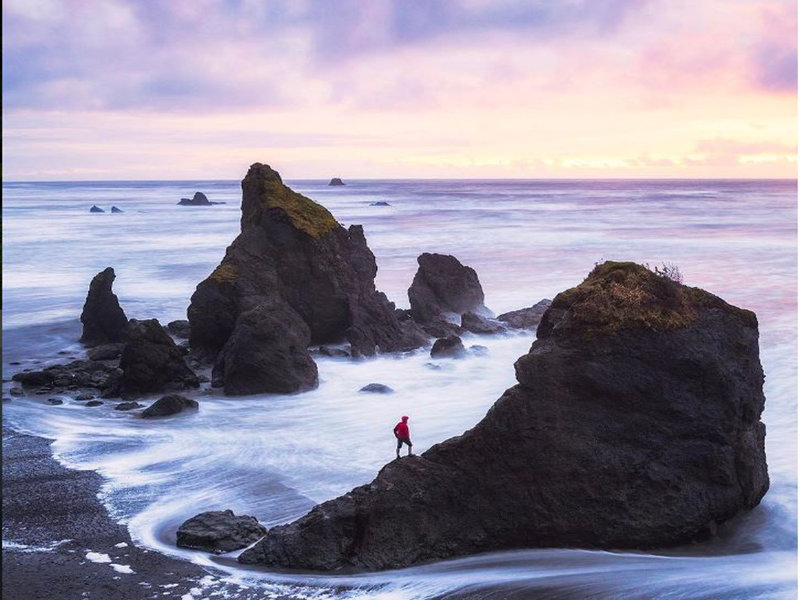 One of the best ways to see many of the Northwest’s most spectacular highlights is to take a road trip. These 5 scenic drives will bring you to a wealth of incredibly scenic spots throughout the region. 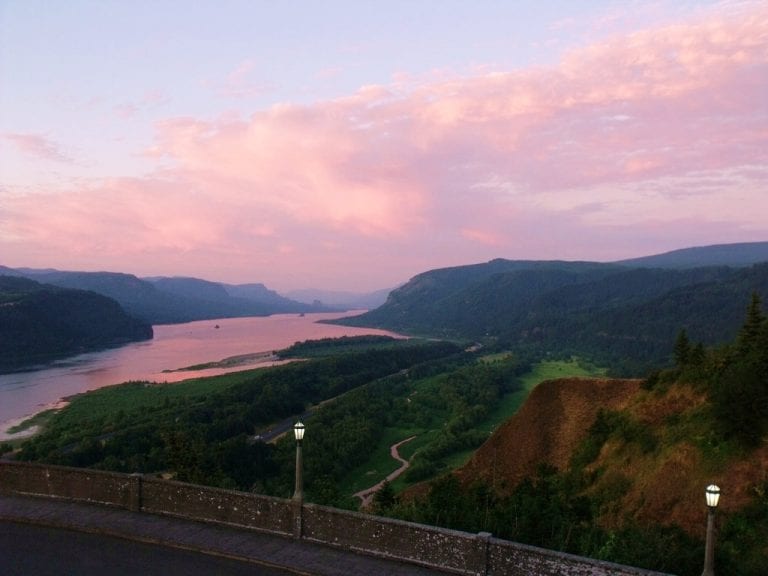 This breathtaking highway winds 74 miles from Troutdale to The Dalles in Oregon. The first paved road in the Northwest and the first scenic highway in the U.S., it’s renowned around the world for its countless magnificent waterfalls, stunning wildflower displays and impressive overlooks of the Columbia River Gorge. You’ll discover ever-changing perspectives of the gorge, including sweeping panoramas from 900 feet above the river, as well as numerous points along the way to get out and take a hike, with many of the trails leading to hidden waterfalls. 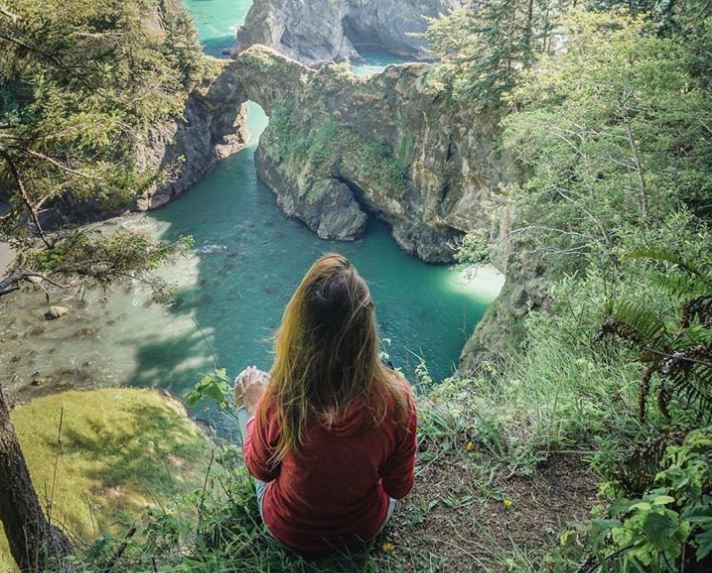 The Pacific Coast Scenic Byway/Highway 101, follows the Oregon coast and is considered one of the world’s most awe-inspiring coastlines. You’ll discover countless unobstructed vistas along the roughly 300-mile stretch that passes picturesque beaches, dramatic cliffs, unique rock formations and wind-sculpted dunes. On the north end, there are majestic moss-covered forests, rock formations that serve as the home to large colonies of sea lions and other creatures, along with charming beach towns, and in the south, you’ll find impressive sea cliffs that stand in contrast to tranquil farmlands. From November through June, keep watch over the horizon to see if you can spot the grey whales on their migration route between Baja and Alaska.

The peninsula’s only major route is the loop highway, and it’s considered one of America’s most impressive drives. Connect with it on Highway 101 at the junction with 104, and follow it counterclockwise through Port Angeles and Aberdeen, veering off at Highway 12, just west of Olympia, which connects back with 101 north along the Hood Canal.

Veer off the highway in Port Angeles to visit Hurricane Ridge in Olympic National Park where you can gaze over the San Juan de Fuca Strait, all the way out to Vancouver Island in British Columbia and the San Juan Islands. Back on the road again, you’ll pass alongside one of the country’s most magnificent lakes, Lake Crescent, with its emerald-colored waters surrounded by lush greenery. On the wild west coast, the remote beaches are strewn with interesting driftwood, and at low tide, you can peak into the tide pools that are often filled with a variety of marine creatures like colorful starfish and hermit crabs. 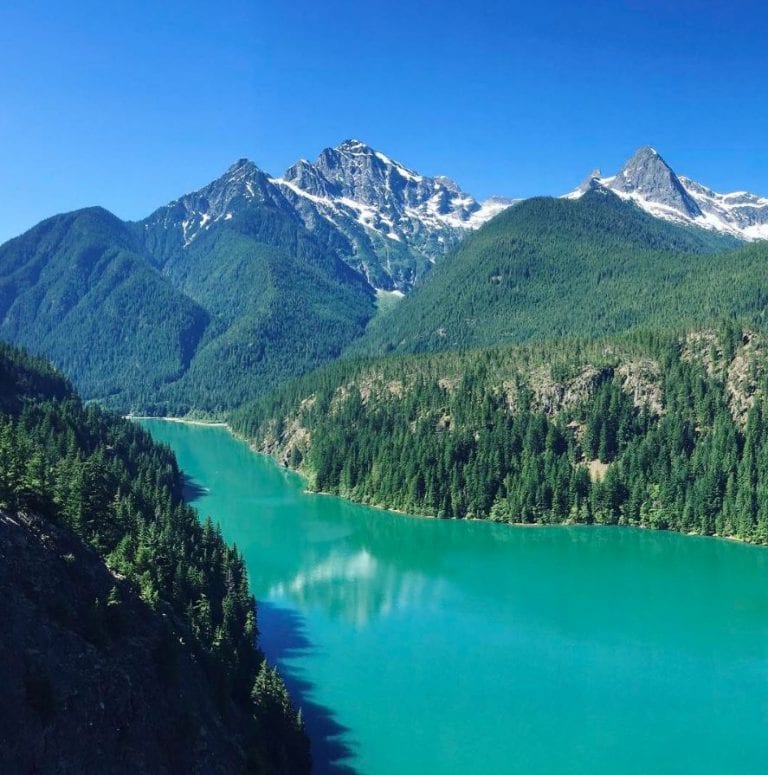 The North Cascades Highway was the United States’ very first to be designated a National Scenic Highway. This jaw-dropping drive begins in Sedro Woolley and travels over the Cascades along Highway 20 about 125 miles to the charming Old West town of Winthrop. Along the way you’ll see some of America’s finest scenery, including soaring jagged mountains, lush alpine meadow and turquoise-hued lakes.

Must-stops include the Ross Lake National Recreation Area which includes Ross Lake, Gorge Lake and Diablo Lake along with numerous waterfalls, rushing rivers, dense forests and glacier-topped peaks. At Washington Pass, the highest elevation point of the drive at nearly 5,500 feet, you’ll be surrounded by the spectacular Cascades. 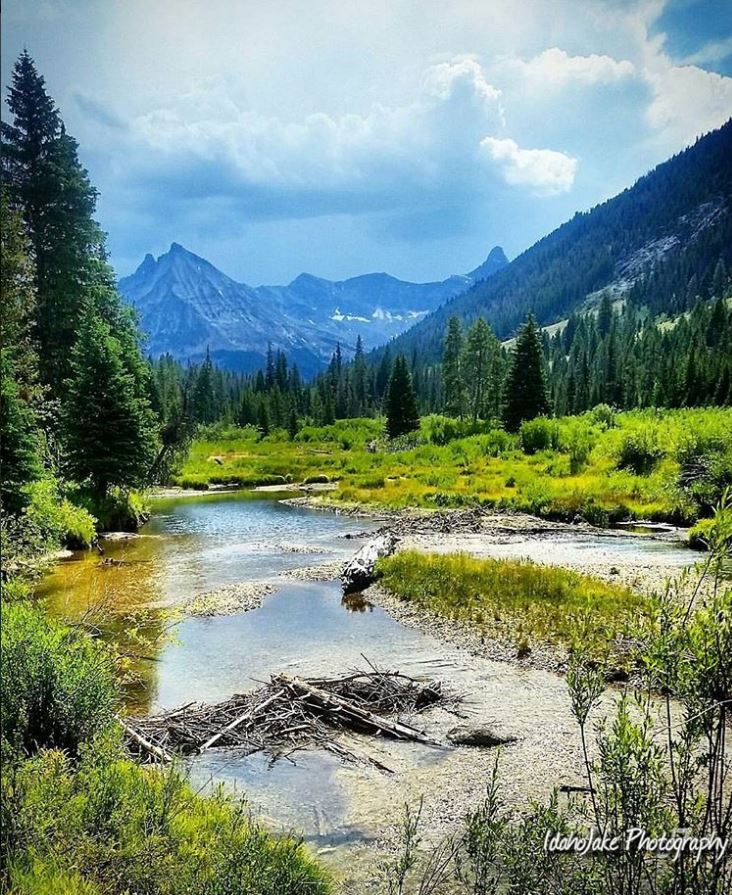 This trip of a lifetime will take you over about 260 miles of roadway from Boise through the Sawtooth National Recreation Area to Sun Valley. Winding through south-central Idaho, it climbs over 5,000 vertical feet from a desert canyon up into the Sawtooths, where you can glimpse a wide variety of wildlife like mountain goats, bighorn sheep and elk, as well as hike scenic trails, soak in a natural hot spring, visit a ghost town and paddle or fish the Salmon River.