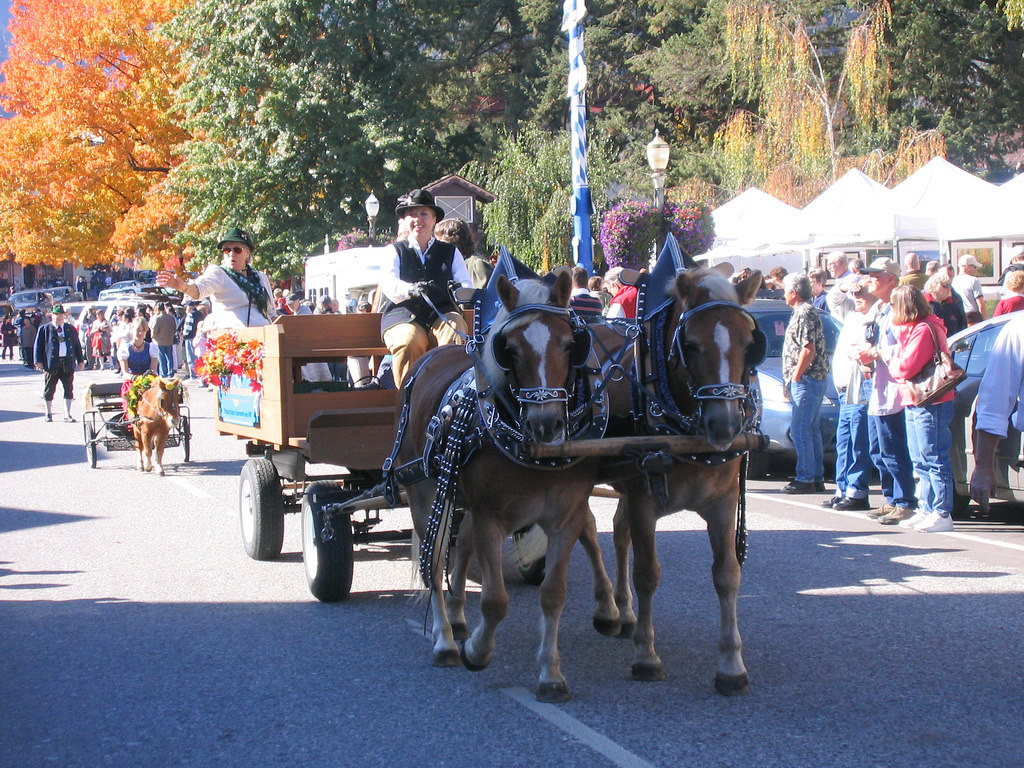 Who says you have to go all the way to Austria or Germany to join in on the fun of Oktoberfest?

In the Northwest there are lots of great celebrations to be had, and you’re likely to find one within a relatively easy drive of wherever you might happen to live in the region. Filled with fantastic international and local beers, mouth-watering Germany cuisine, music, dancing and more, you may even want to plan a long weekend getaway around one of them.

The popular Bavarian-themed town of Leavenworth is arguably tops in the Northwest for Oktoberfest. Located on the eastern slopes of Washington’s Cascade Mountains, it’s also one of the best spots for enjoying brilliant autumn foliage. As it’s held over several weekends in September and October, timing your visit, you’re likely to be dazzled by the leaves and the entertainment. The next best thing to being in Munich, look forward to four venues with live entertainment, lots of vendor booths with souvenirs, crafts, traditional German sausage, German bands, dance performances by the Edelweiss Tranz Gruppe and so much more.

If you don’t want to venture to Leavenworth, an Oktoberfest is held right in the Fremont neighborhood of Seattle in September. This is a popular one with beer lovers, as the largest beer festival in Seattle. The event celebrates the best in craft beer with over 80 Northwest, national and international options. Live music is offered on a number of stages, though these tunes are more rock than polka.

Hosted at the Western Washington Fairgrounds in October in Puyallup,  Oktoberfest Northwest offers plenty of traditional Oktoberfest festivities, like Bavarian bands and dancers, lots of fantastic brew and delicious fare. There’s a market selling German items, a kids’ area and even a sports bar so you don’t have to miss the big game.

Held at the convention center in Riverfront Park in October, Spokane’s Oktoberfest celebrates traditionally with lots of German beer and German foods, from potato salad and sausage, as well as draft root beer and wine. Enjoy Bavarian bands, dancing and even wiener dog races, along with a wide variety of contests and activities, including the traditional stein hoisting, the Tapping of the Keg, arts and crafts projects for all ages, family-friendly games and lots more.

Downtown Bend just east of the Cascades in Central Oregon is also a great place to be. It also hosts a wiener dog race along with traditional tunes, dancing, beer bong, stein holds, a yodeling contest, and beer, beer and more beer.

Over the weekend in late September, the largest Oktoberfest in Southern Oregon will be held on the Bigham Knoll Campus with the School House Brewhaus German Restaurant. It features two stages with live music, lots of Oktoberfest beers on tap, traditional German foods and more. Plus, proceeds help support the reopening of the Jacksonville Children’s Museum.

Couer d’Alene offers this downtown Oktoberfest, held in late September. The two-day event features over 30 international and Northwest beers, ciders, two outdoor and one indoor biergarten locations and will also host six live bands and the Gran Fondo bike races on Saturday. If you dress up in lederhosen or dirndl, you’ll get a free meal on either day as well.