Home » 13 Northwest Landscapes That Are Out-of-this-World

13 Northwest Landscapes That Are Out-of-this-World 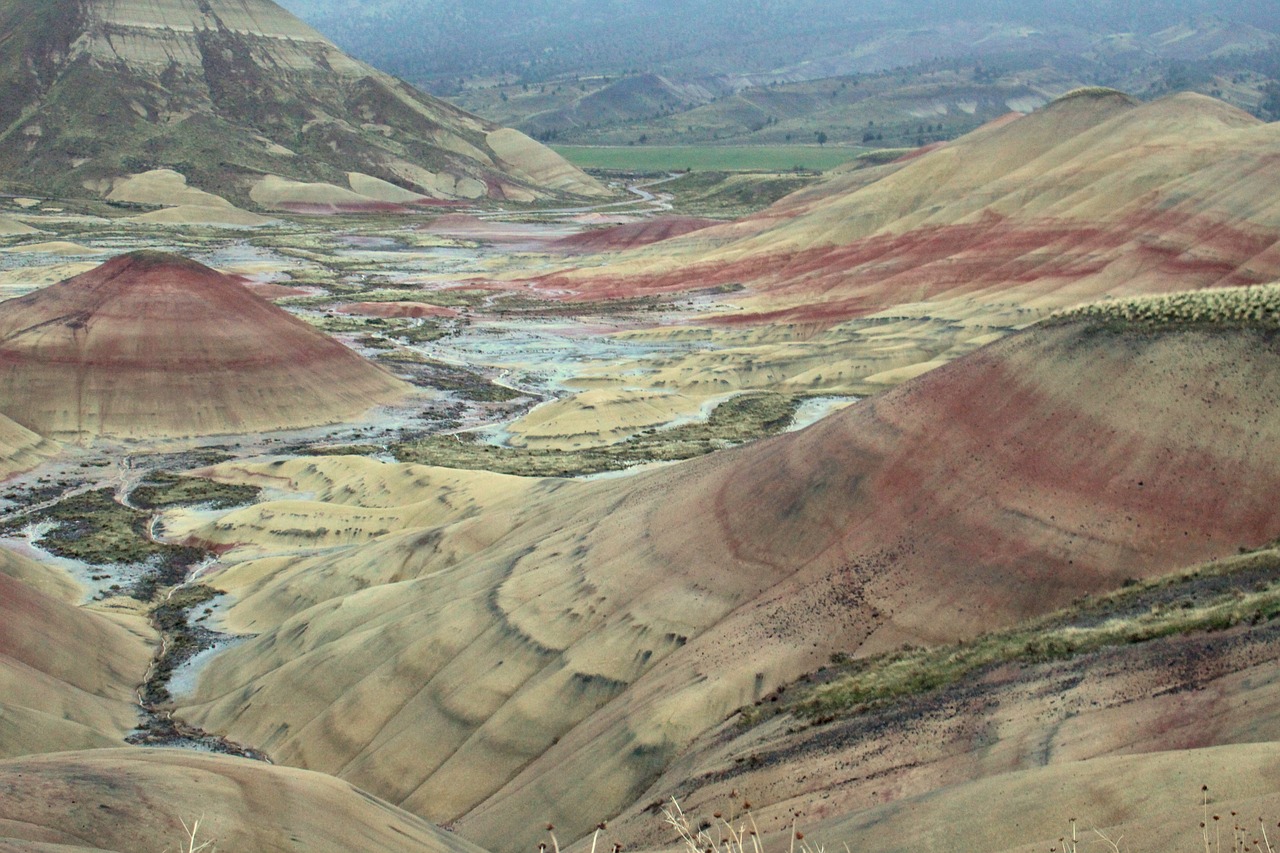 The Pacific Northwest has some landscapes that look right out of a Sci-Fi movie. The extremely varied landscapes of the region combine ancient scars from the Ice Age, to recent wildfire scars. Nature has a magnificent ability to recover and you may have to look to find the scars of the past, but they are there. Once you understand what you are looking at, the landscape can make history come alive.

The violent, volcanic past of Central Oregon and the Cascade mountain range left behind an interesting lava flow called “The Big Flow” with shiny, black, obsidian rock as far as the eye can see. The hard, sharp obsidian made for useful tools to the Native Americans, but can be a dangerous remnant to climb. It’s best to stay to the path through this other-worldly landscape located in the central Cascade Mountain range.  Read more: Deschutes National Forest 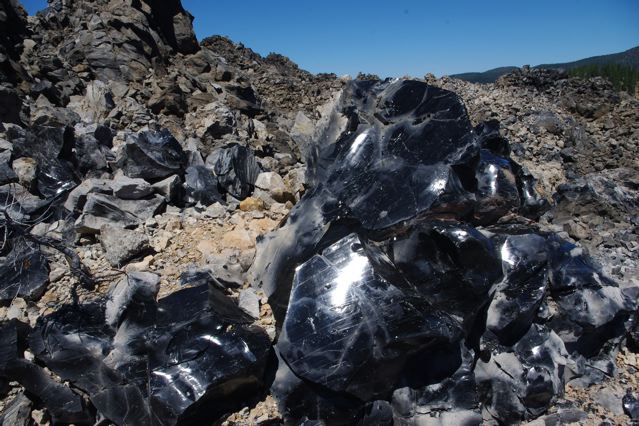 The Ghost Forest of Hwy 22

Ghostly remnant remains of a once-thriving forest of evergreens as you drive Hwy 22 east of Salem towards Sisters and Bend over Mt. Jefferson. The result of massive fire that burned over 90,000 square miles in the summer of 2003 called the B&B Complex fire.

This amazing alien looking landscape would look perfectly placed as part of a Star Trek movie. Many would never guess it is in Eastern Oregon. These crazy colored hills are in the John Day and are different layers that show the various geological eras of the region when this was once a lush flood plain. The area is also filled with fossils of ancient mammals that once roamed this area of north-central Oregon.

These fascinating rock formations are similar to the well-known “Giant’s Causeway” in Ireland. Somewhat hexagonal shaped columns of basalt look as if an elementary alien being created a wall of #2 pencils stuck in the ground. The unusual basalt rock formations were formed when volcanic rock cooled slowly and shrunk leaving fissures. Read more: HugeFloods.com

Like alien eyes watching you, these caverns were created by continual erosion from the waves. Fogerty Beach is south of Lincoln City between Kernville and Depoe Bay on the central Oregon coast. It ‘s a beautiful part of the coast line with lovely sandy beaches but also with eyes to the powers of nature and a window into the past.

You would almost expect little green men to come walking around the bend in this surreal landscape in central-eastern Oregon. The colored hills vary in intensity based upon the light, and can make photography a challenge to truly capture the celadon blue color. Located about an hour’s drive from the more well-known Painted Hills, they are definitely worth the trip. Read more: National Park Service

In Northwest Washington is beautiful coastline marked with out-of-this-world rock textures that appear as if an alien being has been caught in the process of assimilating the local landscape. The geological honeycombing is in fact a result of the effect of salt water reacting to the soft local sandstone.  Read more: SparkScienceNow.com

The Palouse (“puh loos”) is a region in eastern Washington and western Idaho that lays like a thin layer of skin over a giant bumpy alligator. The rolling irregular mounds were created over thousands of years of silt blown in and piled up much the same as sand dunes are formed.

Lost Lake is the fascinating lake that appears to be sucked down into the Earth and magically reappear. Located in the Willamette National Forest south of Mt. Jefferson off Hwy 20, the lake fills with water in the Spring, then slowly drains into what is believed to be a lava tube into an underground river. Like a sink with a drain not quite closed, it fills up when the faucet is on full, but drains away when the water slows down.

This unusual remnant of our geological past stands as a sentinel guard overlooking the barren landscape below. Or perhaps it is more like a landing pad a’la “Close Encounters of the Third Kind”? This is Hat Rock located about 9 miles from Umatilla, Oregon and was mentioned in the journals of Lewis & Clark. Read more: Hat Rock State Park

Located in the Gifford National Forest in south central Washington, the caves are the longest lava tube in the US at over 2 miles long. Dress warm as you descend into the mouth of the Earth – or what appears to be the inside of an asteroid from a Star Wars movie. While you won’t find any apes there, you may find a few bats… Read more: Gifford Pinchot National Forest

From up above, the Scablands are fascinating geological history laid bare. Their massive scale make it hard to grasp from below as you drive by in your car. The term scablands no doubt let you know these are giant scabs on the Earth’s surface left as a result of the massive scarring of the glaciers that covered the region and formed much of our unique landscape.  They can be found in the southeastern corner Washington.   Read more: NationalGeographic.com

The Oregon Sand Dunes Park transports you to another world – or at least another part of the world. You feel as if you are in the Sahara – but with a view of the ocean. The combination makes for a unique experience. Located on the central Oregon coast, you can roll down the dunes, slide down the dunes, snowboard down the dunes, and drive an ATV down the dunes. It’s climbing back up that’s the hard part.