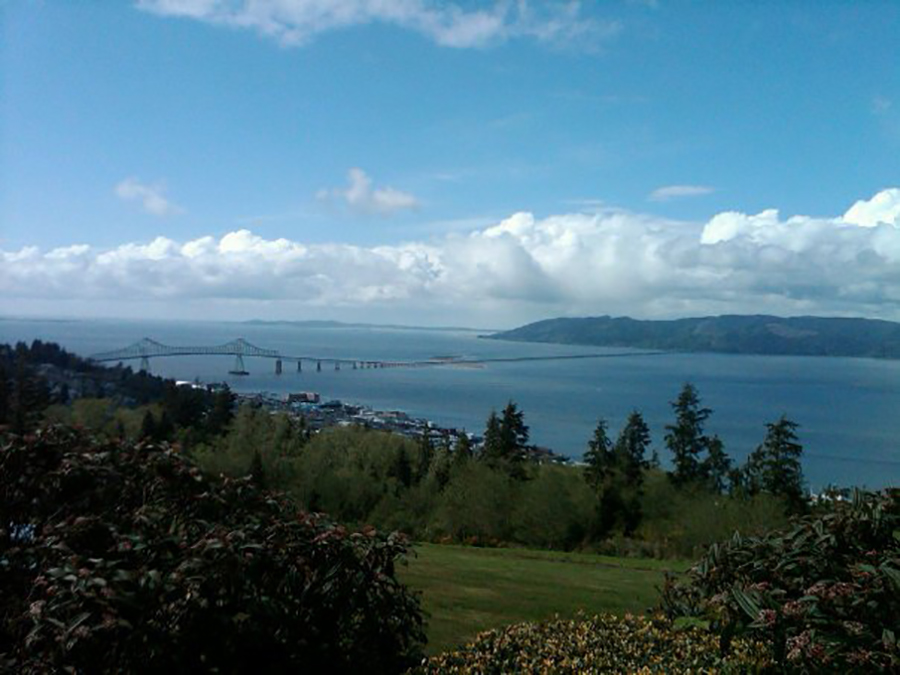 If you haven’t heard the term “staycation” you’re probably wondering what in the world it even means? While the interpretation can slightly vary, it generally refers to getaways you can enjoy from home, such as day trips to popular attractions in your own city or region. Instead of paying for a hotel, you can take advantage of what your own city and surrounding area offers and then return home and sleep in your own bed at night.

So what are our favorite Portland staycations? Check out these ideas for inspiration! 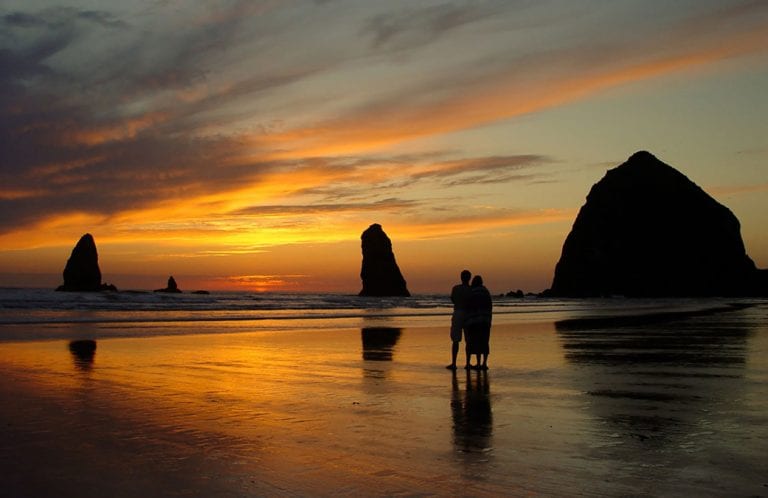 Cannon Beach is one of the world’s most beautiful and romantic destinations – and it’s less than 80 miles southwest of Portland! It’s a year-round staycation destination, with winter bringing fantastic storm-watching and the chance to watch for whales too. Much of the time the weather is mild enough to enjoy strolling the beach and gazing at iconic Haystack Rock as well as searching through tide pools that are filled with colorful starfish, hermit crabs and other creatures. In town are a number of great art galleries and gift shops – and even a unique treasure shop, the Cannon Beach Treasure Company which we featured in a March 2017 interview here. Of course, being on the coast, you can look forward to dining on fresh seafood while taking in ocean views as well. 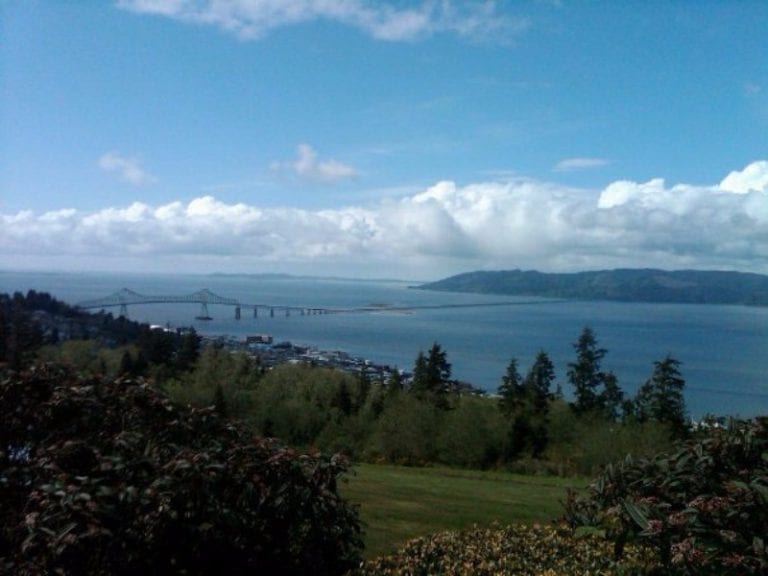 Just 90 minutes west of Portland, Astoria is not only one of Oregon’s most historic cities, it’s famous around the world having been featured in the cult hit film, “The Goonies.” Mikey’s house still stands, as does the magnificent Queen Anne-style building where his dad worked – it’s actually the Flavel House Museum. Check out the County Jail, now the Oregon Film Museum, visit the Astoria Column and buy inexpensive balsa wood gliders from the gift shop to throw from the top of the tower. The view from here is one of the best in the Northwest with the Columbia River, Pacific Ocean, and the snow-covered peaks of the Cascades all coming into view. 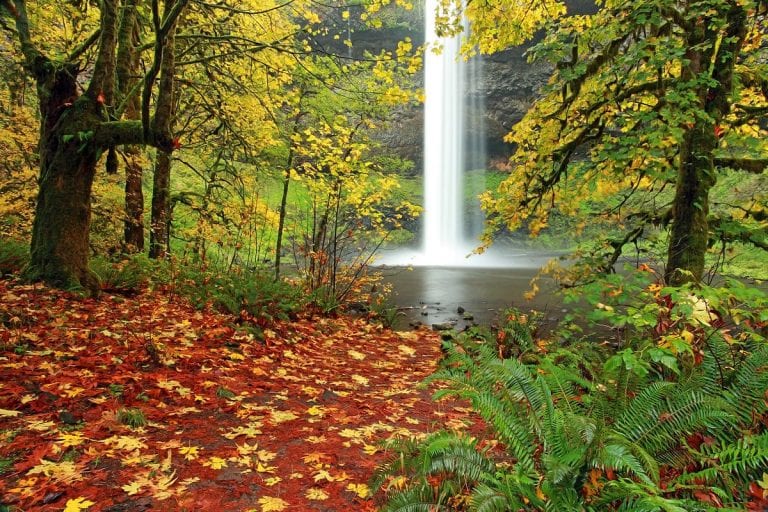 Just 60 miles south of Portland is Silver Falls State Park. It’s home not only to Silver Falls but a total of 10 breathtaking waterfalls. Take the Trail of Ten Falls hike, which serves as the centerpiece of the park to view them. You can also walk behind the cascading waters at four of the falls, and five are at least 100 feet tall.  In between you’ll meander through lush forest, passing crystal clear streams and spectacular canyon viewpoints. If you’re a wine enthusiast with more time to kill, you might want to tour the many wineries of the Willamette Valley that surround the park. 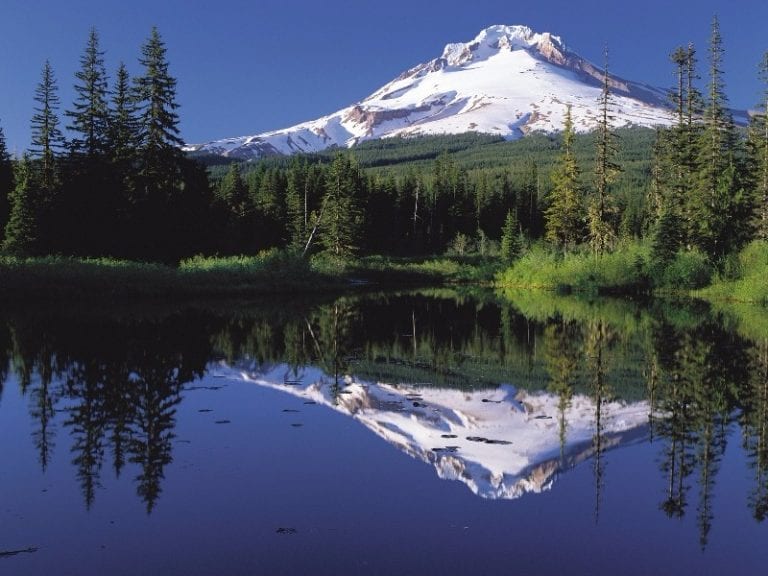 Only 69 miles from Portland and you’ll be at Oregon’s highest peak, Mount Hood. This is a year-round staycation opportunity, with the winter bringing great boarding and skiing at one of six areas around the mountain. The warmer months are popular for mountain biking and hiking. You can pay a visit to the historic Timberline Lodge too, a National Historic Landmark and architectural wonder that was used in Jack Nicholson’s “The Shining,” for aerial in the opening scene. 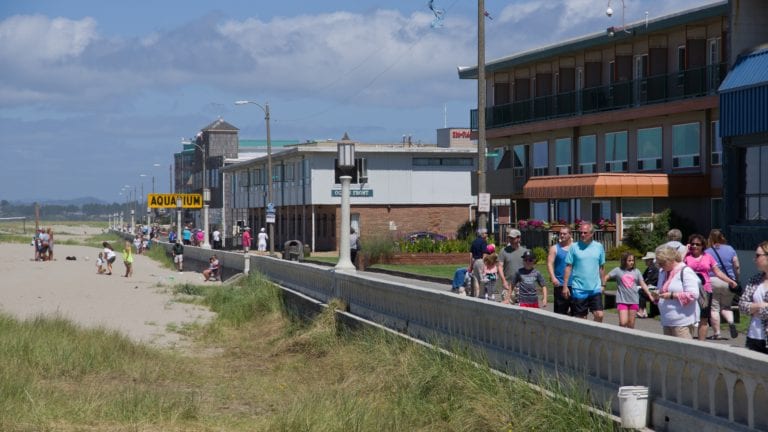 Seaside is a quintessential, family-friendly beach town just an hour-and-a-half’s drive southwest of Portland. Look forward to a wide variety of activities, from feeding the sea lions fish at the Seaside Aquarium and playing at the Funland Arcade which hosts skee ball, video games, pinball, bumper cars and all sorts of carnival-style amusements. Kite-flying, Frisbee, sandcastle building and more can be enjoyed on the three-mile stretch of beach – and with a path known as “The Prom” running alongside it, it’s great for strolls, bike rides and more too. In town you’ll find multiple eateries and gift shops, though you might want to head to Bell Buoy for cheap but tasty eats that include crab and legendary halibut ‘n’ chips.