The epicenter of the cider revolution sweeping our nation, the Northwest is home to dozens (if not hundreds) of ciderhouses, from urban cideries hand-pressing and crafting small-batch ciders to spacious Old World-style pubs pouring 30+ cider taps from around the world. The following cideries and cider-centric establishments are some of my favorites in the region and all offer two very important things: great craft cider and a tasting room, taproom or pub to enjoy it in. 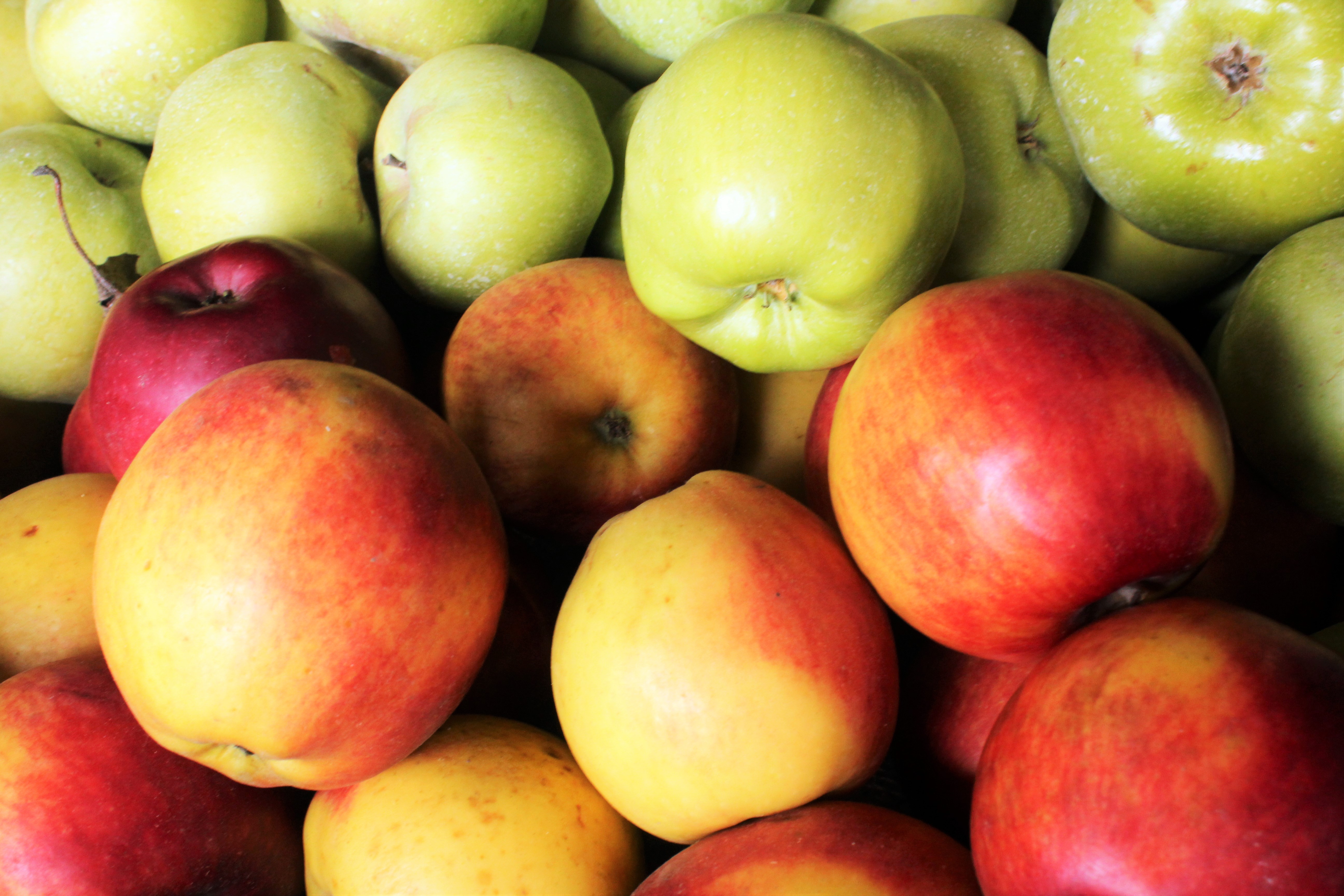 With one of the largest populations of cider consumers in the nation, it’s little wonder there are so many places in Portland to drink cider. See where it all began at the original Bushwhackers Cider, Portland’s first cider pub and bottle shop. Here you’ll find co-owner and cidermaker Jeff Smith’s ciders on tap, along with several guest ciders, and over 200 bottles of cider from around the world. For more English-style ciders and perries with a Northwest twist, head to Portland Cider Company’s Cider House – with 28 taps, it’s now the largest in Oregon – or their 12-tap cidery taproom in Clackamas. At Reverend Nat’s Hard Cider, owner and cidermaker Nat West creates a wide range of traditional and modern small-batch ciders. In addition to apples, ingredients can include Cascade hops, wild raspberries and fresh-pressed carrot juice. 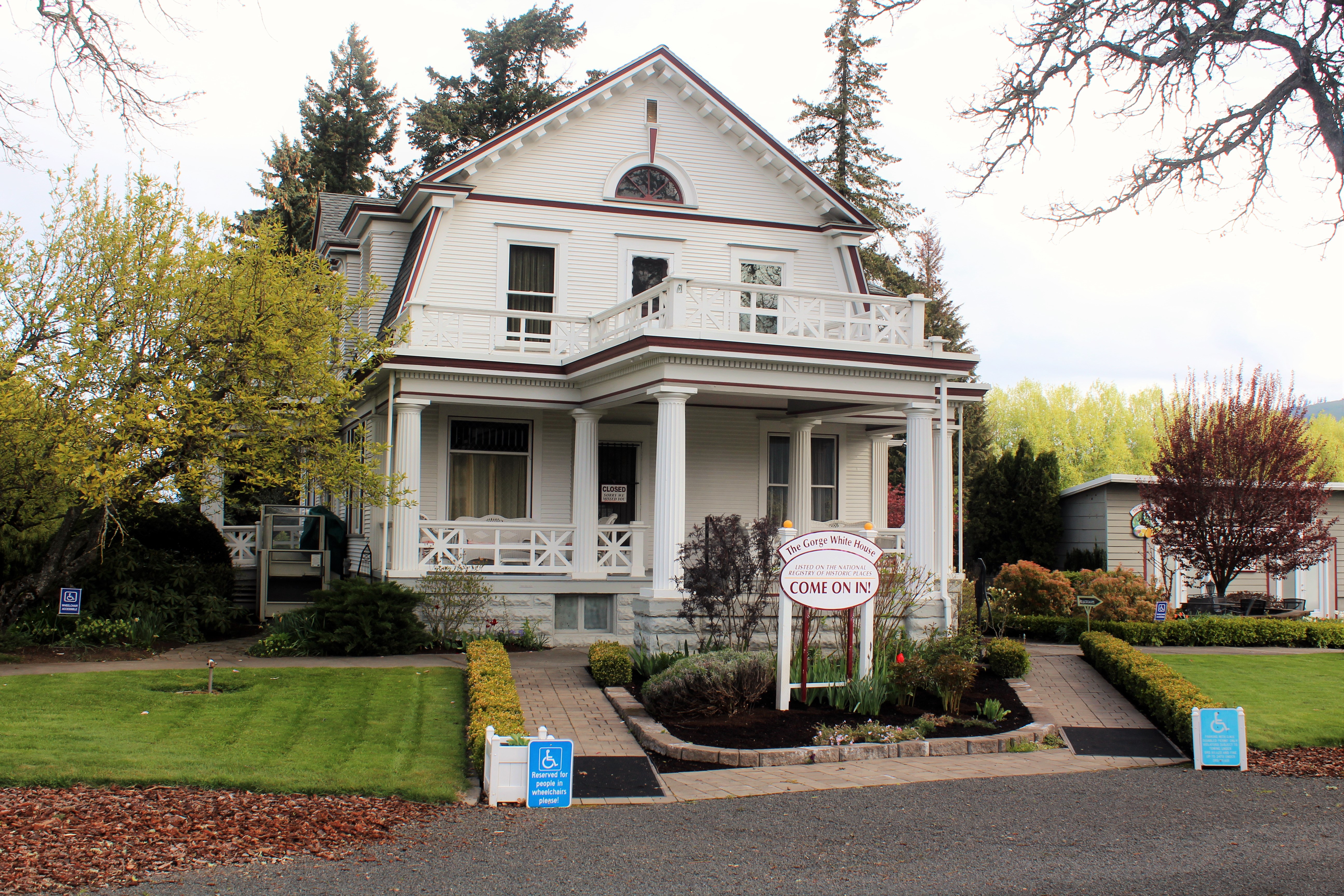 Located in the Columbia River Gorge, the Hood River Valley is home to 15,000 acres of orchards and a new generation of innovative cidermakers. At the Gorge White House, a century-old working farm named for its distinctive c. 1908 Dutch colonial home, you can sample their ciders and perries, which range from the bright yet dry to the sweet and refreshing. Nearby in their family-friendly taproom, Fox-Tail Cider offers more brash and European-styles with low carbonation, fermented onsite with farmhouse and commercial yeasts. Grab a pint of co-owner and cidermaker Silas Bleakley’s dry, complex, oak barrel-aged ciders at the Rack & Cloth Mercantile, a cheery and casual tasting room located in downtown Mosier. In the town of Hood River, the new Slopeswell Cider Company brings together two long-time cidermakers, John Metta and Stefan Gümperlein. I look forward to sampling their Spanish- and French-style ciders alongside hop and fruit ciders. The Willamette Valley and Beyond

Famous for its wine and vineyards, the fertile Willamette Valley, which stretches north-south 150 miles from Portland to the city of Eugene, is also home to a handful of award-wining cideries. Enjoy bright, sessionable ciders at 2 Towns Ciderhouse in Corvallis, pick up a bottle of E.Z. Orchards’s elegant French-style Cidre at their farm store in Salem as well as inventive fruit and botanical ciders at WildCraft Cider Works in Eugene. In Forest Grove, a small-farm-turned-university town, is Bull Run Cider, which produces wonderful fruit perries and dry ciders using fruits harvested from within 100 miles. In Bend, ATLAS Cider Company’s Apricot and Blackberry ciders are laden with ripe fruit flavors, perfect for sipping. And in the Eastern Oregon agricultural town of Milton-Freewater is the biggest cider producer in the state, Blue Mountain Cider Company. Their tasting room and production facility are located on the grounds of a c. 1940 cannery. I really enjoy the dry, refreshing Estate Winesap and tart Cherry ciders. Seattle also enjoys a thriving cider scene and these three ciderhouses truly stand out. At Capitol Cider, owner Julie Tall has created a vibrant pub filled with dark wood paneling, comfortable booths and colonial-themed artwork. There are 20 ciders on tap from all over the globe and a full-service menu featuring contemporary American flavors. Seattle’s first cidery since Prohibition, Seattle Cider Company crafts a variety of styles and flavors that you can taste in their taproom The Woods, from a spicy, pepper-infused cider to a floral, basil-mint cider. At the Schilling Cider House, the Seattle taproom of a Washington-based cidery, you’ll find over 30 rotating in-house and guest ciders on tap, like a cold-brew coffee cider on nitro or a seasonal chai-infused cider. One of the first – if not the first – cider routes established in the Northwest, the Olympic Peninsula Cider Route is comprised of three award-winning cideries: Finnriver Farm & Cidery, Alpenfire Organic Hard Cider and Eaglemount Wine and Cider. A good first stop is Eaglemount’s tasting room in Port Townsend. Not to miss is their Quince Cider with its notes of honey, grapefruit and pineapple. Then kick back at the Finnriver Orchard & Cider Garden to enjoy their artisan cider, ranging from a semi-sweet Belgium-style with banana-clove notes to an über-floral, dry-hopped cider that’s like sipping a meadow, in all the best ways. More traditional and European in style, Alpenfire’s ciders are unfiltered, bottle-conditioned and made from certified organic apples. Spark! Semi-Sweet is a great drinking cider. More Washington State and Beyond

Apples are at the core of Washington’s agricultural economy, with ten to twelve billons harvested in Washington each year. Hardly surprising, then, that the state is home to so many fantastic craft cideries, both large and small. At their bar in Yakima, Tieton Cider Works offers a variety of their products on tap and in the bottle, from semi-sweet fruit cider to dry-hopped cider. Off a long dirt road on San Juan Island is Westcott Bay Cider, the second-oldest ciderworks in Washington. Using fruit harvested from a 1.5-acre orchard on the island, husband and wife team Hawk and Suzy Pingree create their delicious dry, English-style ciders. At the base of basalt cliffs in sunny East Wenatchee is orchard and cidery Snowdrift Cider Company. I love the complexity and depth of flavor in the Cliffsbreak Blend and their Perry. Another excellent cidery and orchard is Dragon’s Head Cider, on Vashon Island. One of my all-time favorites ciders is their Manchurian Cider; its lovely blood orange, pear and tart apple flavor gives way to a clean, dry finish. In Idaho, the Meriwether Cider Company mixes fresh fruits with savory botanicals, creating refreshing ciders like an apricot-sage and cherry-thyme.